She is a very confident young lady. She is very determined when it comes to something she wants and will never let anything go in her way. She is mischievous, someone you'd consider naughty and can be a real pain in the neck sometimes. But, of course, she knows how to act like a lady, as well. That is if she feels like it. She isn't the type who would easily get intimidated by someone bigger or tougher. In fact, she loves challenges.

She hates it when the weak are bullied and so she'll do whatever she can to defend them, by hook or by crook.

Ada was born on the 19th of August in the year 1999. Her father, Russell, was a member of a mafia group. He never knew he'd fall in love with a woman who turned out to be Cybele, a goddess. They met while Russell was out, supposedly going to stalk a man his boss ordered him to but then when Cybele passed by, his attention was totally diverted. He stalked Cybele instead. He knew his boss wouldn't like it if he knew he was stalking a woman who wasn't even a part of his duty. But he couldn't help it. He liked her so much. To make the long story short, it all ended up in a one night stand and the next morning, Cybele was gone just like what deities always do.

One day, Russell just heard a baby crying outside their hideout. He immediately went out and saw a baby in a basket. A note was attached to it saying the child was his. It melted his heart. But his boss wouldn't like it if he heard a baby crying and if he knew that his men had one so Russell decided to hide the baby somewhere far away.

He loved her. He really did and he did not want to endanger her life so he just gave her to a foster care. A married couple, Mr. and Mrs. McMillan, who were at their late 30s couldn't have a child so they decided to just adopt one and they got Russell's child. They named her Ada.

Ada grew up to be a very naughty child. At school, you'd think she's the one being bullied but actually, she's the type who bullies wouldn't want to mess with. She's mischievous and had her ways of getting away from them, not to mention, humiliating them. There was one time when she was six, a bully was messing with one of her 'little' friends and she gave the big fat guy a wedgie. Another one was when she was seven when she was at the school cafeteria and a dude attempted to bully her. What she did was put a lot of ketchup on his hair and face then she slapped the slices of bread on his face.

One time, she got caught and was put in detention. Her parents never knew she behaved like that since at home, she was very well-mannered. They decided they had to discipline her and teach her good manners some more. Well, she did learn but she still won't stop fighting back whenever someone messes with her. No way on earth would she let other people belittle her and her friends.

She had her very first monster attack when she was thirteen years old. They were having their field trip in a zoo when a fire-breathing horse attacked her. She wasn't aware that only she could see it but anyway, she did what she had to do. She ran. When she found a tree in front of her, she quickly climbed it and held on to a branch waiting for the fire-breathing horse to pass by. When she saw the horse was already coming, she jumped down and rode on its back. It rampaged like a bull but then she thought of something crazy such as talk to it. She shouted for it stop and surprisingly it did. But its sudden stop made her fly forward and land on the ground hard. Later, a satyr came to the rescue and gave Ada a block. "Wow, a block, this is so helpful, man," she said in sarcasm.

"Throw it to the ground. Just do it!" the satyr ordered while he kept the horse busy.

Ada did as she was told and as soon as the block touched the ground, it transformed into a warhammer. Not just any hammer, it was made of Celestial Bronze. Ada thought it was one wicked cool weapon and so without waiting for any more commands, she hit the horse hard with it and also with the help of the satyr, they were able to defeat the fire-breathing horse.

After all that happened, the satyr tried to convince Ada to go to camp with him since that's the only place where she could be safe. He also explained about her being a demigod and all those stuff she needed to know but she didn't believe a thing he said. She thought he was just a crazy freak and so she ran away. The satyr followed her, of course, and it just made things worse. She got even more scared of him. She told him to go away and the satyr felt the need to do what she wanted for now. He needed to earn her trust. But Ada told her parents that they had to move out so she could avoid her 'stalker'. Mr. and Mrs. McMillan didn't want anything bad to happen to their child and so they did what she requested.

A year later, when she was already fourteen, harpies attacked her and good thing the satyr was still there just following her everywhere. This time, she listened to him and was convinced to go to that camp he was talking about. Together, they defeated the harpies, she used her CB warhammer, and then she went home right after, telling her parents about camp. They thought it was some sort of summer camp and so they agreed to it. Ada tried to tell them it wasn't just some camp but she thought it was also good that they thought it was just an ordinary camp. In that way, they wouldn't freak out. Mr. and Mrs. McMillan offered to drive them to New York and the satyr and Ada loved the idea but the satyr said to drop them off in a specific street and then they'd go on their own.

Ada's parents dropped them off by the hill of Camp Half-Blood and they got confused. It didn't look like a camp at all. But the satyr just told them it looked empty but it was actually not.

Afterwards, Mr. and Mrs. McMillan went home while Ada was brought to camp half-blood at the age of fourteen. 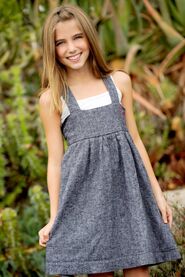 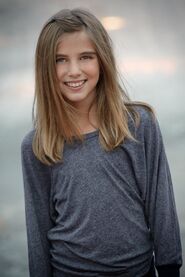 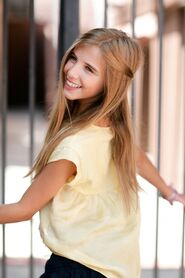 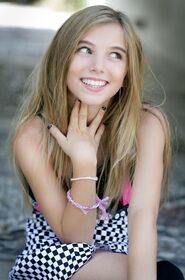 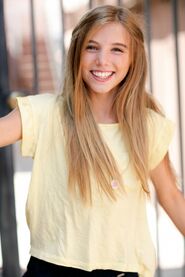 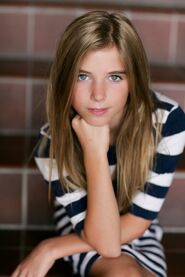 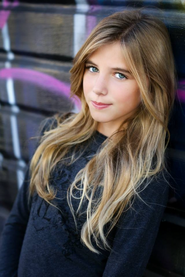 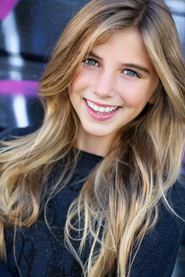 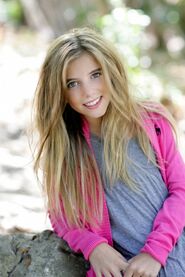 Retrieved from "https://camphalfbloodroleplay.fandom.com/wiki/Ada_McMillan?oldid=1578128"
Community content is available under CC-BY-SA unless otherwise noted.