Adonis is, quite literally, the definition of a soft. This mostly comes due to the fact he is unaware of the modern world and how to live in it effectively. From his attendant position, he has watched as the world has changed and despite being given some knowledge by Athena to prepare him for life in the modern era, he is still unsure and is worried that what he does know is false and he can't utilise it properly. This has caused him to be excessively friendly and loyal to those who he does call friends as he fears that otherwise he wouldn't have any and would be lost in the new, unfamiliar world.

Despite this, Adonis does have a strong will and determination, created through his sheer determination to survive within the Labyrinth. If he's set on something he 'will achieve it and won't take no lightly for an answer unless he knows exactly why. WIP

A long time ago in Ancient Athens lived a woman who was devoted to upholding what Athena stood for. She lived up to her name, Athenais, and was renowned for her intelligence but also beauty. Whilst smart, she wasn't cunning and became the attraction of many men, most notably the gods. Both Zeus and Ares had tried to court her with no luck; she'd refuse them and turn them down and while it deterred many gods, Hades remained interested. It wasn't until the death of her father that he took the opportunity and met her. Perhaps it was his dark mysterious nature or the rebel inside of her, but Athenais bit and embarked in a relationship with Hades, resulting in her pregnancy. Hades knew she was smart and, quite simply, told her of his identity when he left. Half distraught but also with a sense of accomplishment, Athenais prayed to Athena to give her the wisdom on how to raise such a child and Athena responded with guidance in the form of tales of demigods before them. Within nine months Athenais had given birth to a son that she named Adonis.

Adonis grew up rather happily; he didn't take an inkling to sport or military like some his age and instead preferred reading and writing. Despite bouts of knowledge of the underworld, Adonis seemed to not show any of the traits one would expect a child of Hades to show - much to Athenais' relief. She watched over her son lovingly and, although respecting his lack of interest in militaristic things, for his best interest she had him trained in sword wielding with the sword Hades had given her - one made of Stygian Iron. Although reluctant at first, Adonis soon excelled at using the sword and was happy that it didn't consume his life; letting him lead his happy and bright life as he had done before.

Monster attacks were fairly easy for Adonis; at the time there were many a demigod in the city of Athens so any monster trying to kill him was killed by a more experienced demigod first. The only time he had to wield a sword was when he was sixteen to protect a younger demigod, just like many had done for him before. Subsequently, Adonis' life until he was eighteen was rather plain - safe, even.

Following the war between Athens and Crete, Adonis was one of the fourteen of the second load to the infamous labyrinth, aimed to be a victim of the Minotaur. The day of him being picked would be one he'd remember forever; the look of horror on his mother's face being something etched into his brain. He had no clue as to why he had been picked initially but soon came to pin it on his swordsmanship and became thankful that he knew how the underworld worked. As the boat was full and docked away from the harbour, the feeling of saying goodbye forever is another that Adonis could never forget - how he didn't think he'd survive at all.

On the boat ride there he remained quiet - unnerved on being on the sea. He told people to not worry too much because the underworld wasn't as bad as it seemed and, seeing they would be hailed as heroes to the Athenians, there was a chance that they'd make it to Elysium. Of course, nobody wanted to hear that but Adonis was sure some found comfort in his words - hopefully. He spent the majority of his time on the boat looking out to sea in the direction of Athens, desperately wishing to be there. But as soon as they docked in Crete, Adonis knew all of those hopes of going home were futile.

Being celebrated in Crete wasn't anything that Adonis expected; he thought he would be looked down upon but, instead, there was a celebration with a dance and a meal that was far more extravagant than anything that had happened in Athens. Reluctant at first, Adonis eventually let the atmosphere of the night take over him, figuring that if it were to be among his final days, he'd spend them right with no regrets and enjoy whatever he had. In his mind, if he was being celebrated as a guest of honour, the least he could do was partake in any and all activities offered.

When it came to entering the labyrinth, Adonis wasn't scared of his fate. He'd never truly been scared of death and now, even in the face of it, he wasn't intimidated. By this time he had formulated a plan on surviving for as long as possible and had decided that, given his situation, anything was worth a shot. The time between entering the labyrinth and the doors closing were the ones that scared Adonis the most; the way the outside world and freedom was forced away from them being haunting and unnerving. Whatever little discussion the group had partaken in beforehand had ended and silence was the only thing Adonis could focus on, maybe with the sound of the deadly Minotaur somewhere deep within the labyrinth. As the group dispersed, Adonis remained close to the door to test his theory. He knocked on the door and then the wall surrounding it, listening to the change in sound.

Following this technique, Adonis was able to survive in the labyrinth for two days, knocking on the walls and the door to help figure out where he was in relation to the entrance. Although not the healthiest, he survived on the water that trickled from the ceiling and he did his best to eat the rodents that he cooked using odd torch. It was a system that worked well, one that part of him figured he could carry on to live like for a multitude of years. But, unfortunately, the inevitable happened. Adonis knew in the back of his head all along that it would only be a matter of time before the infamous Minotaur found him and whilst he had planned in his head to use the pitiful sword he had found as a form of protection, he knew that as soon as the Minotaur had found him, it'd be game over. And, when the Minotaur was alerted to him through the feint sounds of his knocks, Adonis was convinced it was. He ran from the Minotaur and, in his opinion, gave it a good run for it's money before succumbing to the terrain and tripping. He braced himself for the worse, ready to be devoured and be another lost Athenian but he found himself elsewhere - a castle of sorts somewhere hot. It was there that his father had revealed himself to be Hades and, given that this was before the time of the Oath, that he had given Adonis immortality for his initiative during his time in the labyrinth, rewarding him somewhat. Grateful, Adonis pledged himself to his father.

At first, he remained as an attendant to Hades, helping him as and when he needed it and he did so up until 1945. It was during this time that he witnessed his mother passing, regretting not being able to talk to her one last time. Hades, through the influence of Persephone, took pity on Adonis and allowed him one last interaction before she entered Elysium. She reaffirmed to him that she was incredibly proud to have him as her son and that she'd watch his endeavours from Elysium. They shared a final hug and a kiss before being separated for eternity. Although clearly saddened over his mother's death, Adonis did his best to remain loyal and enthusiastic for Hades, due to his gratitude.

Upon the oath taken in 1945, Adonis was moved to serve Athena, the patron of his hometown. There he was able to be educated on all modern things and truly enjoyed being in her company. Besides, it was Athena who decided he should experience the real world once again and sent him to Camp, letting him live his immortal life until he chose to return - should that be what he wanted. 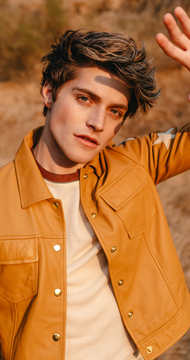 Retrieved from "https://camphalfbloodroleplay.fandom.com/wiki/Adonis_Karras?oldid=1767998"
Community content is available under CC-BY-SA unless otherwise noted.