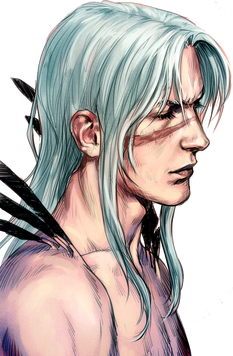 AEOLUS was the king of the winds who kept the stormy Anemoi Thuellai and Aellai locked away inside the hollow heart of the floating island of Aiolia.

When Odysseus arrived on his island, king Aeolus gave him hospitality for one month, and before his departure, he gave Odysseus a bag which contained all the winds, but one, Zephyros, the western wind, which was not put into the bag, so as to gently push their ship towards the island of Ithaca. During the trip, Odysseus steered the ship all the time. When they finally caught glimpse of the coast of Ithaca, he fell asleep. His men took advantage of that and opened the bag, thinking it would be full of gold and silver. Thus, all the winds got out and the storm created by them pushed the ship back to the island of Aeolia.

Aeolus in Greek means 'nimble.' He was worshipped all across Greece and was a favoured god by sailors as they would pray for fair wind while sailing. He had many temples, most of which were located high up; mountains, hills ect.

In Roman mythology Aeolus is the god of the winds. 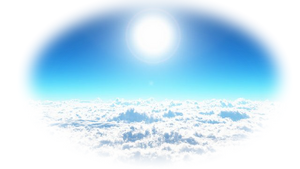 At the command of the gods he released these to wreck devastating storms. Since the Winds were often conceived of as horse-shaped spirits, Aiolos was titled Hippotades, "the reiner of horses," from the Greek hippos ("horse") and tadên ("reined in tightly").

Aeolus has gone crazy after years of trying to fill out the request of all the weather needs of the gods. He is also completely self-absorbed, thinks anything about the wind is related to him, including books like Gone with the Wind, Into Thin Air, and Up in the Air. His mood can change on a dime and he makes impulsive decisions that he forgets a minute later. He also seems to have a habit of firing his assistants, as Mellie had only been working for him for twelve hours, which is longer than most.

Aeolus wears a business suit that looks like the sky. It is mostly blue, but has clouds that move along the fabric and change shape or can become rain clouds. He looks about sixty years old with white hair and a ton of makeup. He also has a smooth face, as if he had plastic-surgery. Jason describes him as looking like "a Ken doll someone had halfway melted in a microwave."

He possesses the standard powers of a god.

Aeolus on Wikipedia
Aeolus on Pantheon.org
Aeolus on Theoi
Aeolus on Mythology Wiki