I NEED TO REWRITE THIS CHARACTER'S HISTORY

Anamika
Daughter of Mnemosyne • The Nameless One • Member of Opus Superum 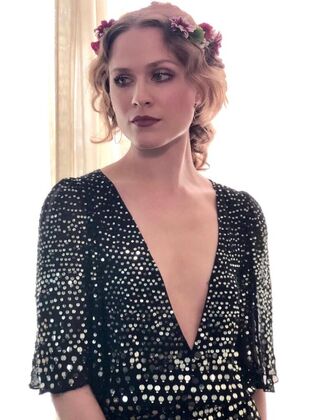 Anamika is an enigma, it's likely she knows much more about you than you know about her and she prefers it that way. She enjoys finding out what makes people tick, their thoughts, beliefs and feelings and using them to achieve her own goals. That's not to say Anamika is completely heartless, far from it, she's actually genuinely affectionate and cares deeply for her friends and allies. Often being called the "mom" of the Opus Superum faction. In her spare time, she enjoys reading, specifically poetry written by Erik Adler.

Anamika doesn't particularly care for the politics of the Broken Covenant, instead, she supports them purely for her loyalty to Dante Lejos specifically due to saving her from the wrath of Heinrich. For this reason, she is willing to give life and soul for him and his cause.

I have been alive for nearly 18 years now, but, you see, I wasn't born, so technically I am a child of no god, I am an idea. I was created full grown.

You see back when Kronos was attempting to break free from his prison, and was using Luke as his vessel, he managed to come across Mnemosyne, and tried to make a deal with her, if she spoke to life a demigod of his creation, he would pluck her beloved demigod son Jayson, who had died a tragic and young death hundreds of years earlier. When she hesitated in saying yes, Kronos grew impatient, and made her see visions of her son, begging for his life. In a moment of weakness she agreed. She wrote the perfect demigod daughter, with powers of time, and at Kronos' request, some of her own powers, of writing and speech, she spun the perfect demigod daughter. When she asked Kronos for the child's name, he simply said:

She spoke me to life, and Kronos ordered his servants to take me away and hide me somewhere, until he was sure that he had won the war. But you see he didn't win, in the end Luke betrayed him, and he is now spread so thin there is little hope he'll ever be reformed. Those that had been working for him, whether it was willingly or under coercion, disbanded, and I was left wandering without a purpose and without a family.

It wasn't long before Heinrich, the leader of the Broken Covenant found me, at the time I was trying to fight off a hellhound, with a sword I had spoken from a book, I still wasn't used to my powers, or being alive for that matter. After I managed to fight off the hellhound, Heinrich made himself known, he asked me my name, I told him I was the nameless one. He laughed, he told me he would call me Anamika, and asked me to join him and his cause.

I have become one of his most trusted Lieutenants for his cause. Aside from my demigod powers, I enjoy reading books, and learning what makes people tick, not their bodies, but their minds. 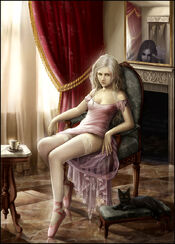 Retrieved from "https://camphalfbloodroleplay.fandom.com/wiki/Anamika?oldid=1823909"
Community content is available under CC-BY-SA unless otherwise noted.