A dagger Apollo gave him for protection

He is somewhat positive yet keeps to himself mostly. He has grown depressed though over the disappearance of his brother. He continues to look for him though there is no sign he'll ever find him. He hides this depression behind fake smiles and fake laughs. He is nervous around girls and will stutter almost always.

It was all began one night in Poland in 1922. Achym, a Child of Ares, was getting ready to close up his bar in his hometown of Zielona Góra. All of the sudden a woman bagan to knock on his door as it was raining. He opened it up and found the most beautiful woman he'd ever met, he quickly invited her in from the cold rain and got her a towel to dry off. They began to talk and eventually found out that not only did they like each other but they were both Demigods. Achym talked about how he was a Child of Ares and Alenka, the woman obviously, said how she was a Child of Nemesis. They began to date and after a few months slept with each other. 9 months later they gave birth to 2 boys.

They named the first Andrzei and the second was named Bronek. These two brothers grew up rather peaceful as their experienced parents where able to fend off any monsters that would attack. They went to normal school, worked in their father's bar cleaning up the shop after hours. Andrzei and Bronek were very loving with each other and would help with each other's problems. If one got into a fight the other would help, if one had gotten hurt the other would get help and fix their wound.

Then came the start of WW2 when they were only 16. Their father like many other men built up their defences to fend off the Nazi Military. That's when they came. The Nazi's had come no less than half an hour before they began firing shells at the village of Zielona Góra. After a few hours one stray shell shot at the Janicky house causing it to crumble down. Alenka was at a separate house tending to the wounded when she came back to check on her sons when she saw the wreckage. She dropped to her knees before the house crying, she prayed for any god to save her children in any way, shape, or form. Apollo came to her disguised as a village man that was rather handsome. He talked to her and told her how he was really Apollo the Greek god and they struck a deal. She would make love to him if he revived her children. She thought about it but new she had to do it if there was any chance her children would survive. That night they slept together and Apollo kept true to his word. He brought back the two brothers, Alenka asked if there was anyway to keep them safe from harm and Apollo said he could take them back to a Camp for Demigods and she immediately approved. The two brothers went to camp but after a few weeks Andrzei's brother had disappeared he has since gone into a depression, unsure of what to do. 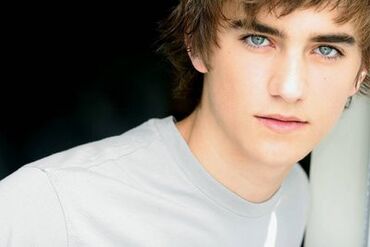 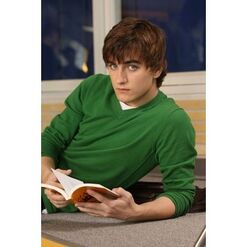 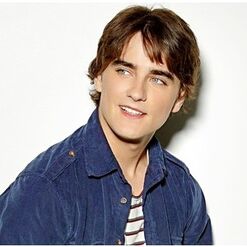 Add a photo to this gallery
Retrieved from "https://camphalfbloodroleplay.fandom.com/wiki/Andrzei_Janicky?oldid=1633566"
Community content is available under CC-BY-SA unless otherwise noted.