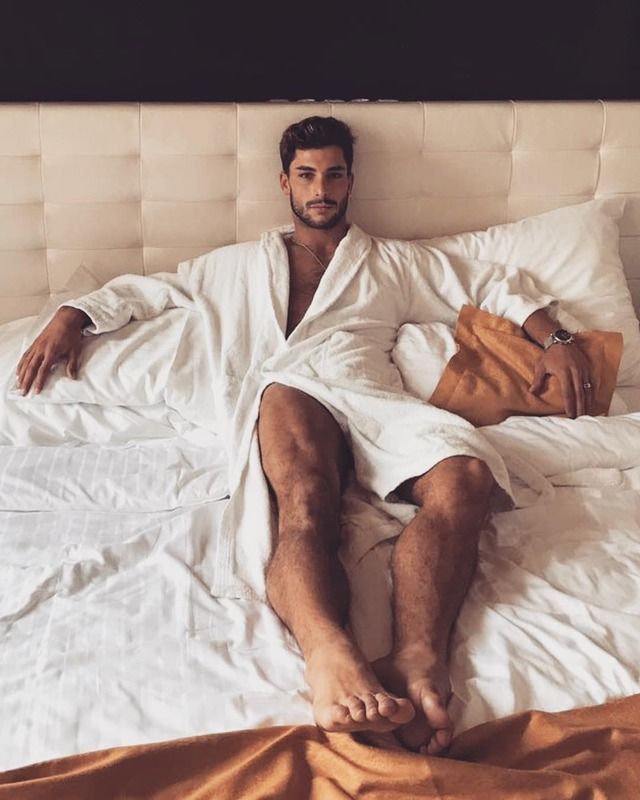 In the early years of 1730’s Ireland, lived a young woman named Saoirse Carmichael. She lived with her father Cillian Carmichael, the head of the household, and life for her and her family wasn’t always easy. They never had common ground with the english and because of that their family always had targets on their backs. Saoirse was always told to keep her head down and stay quiet, never to attract unneeded attention to herself but, she was always a bold and defiant young lady. She’d often voice her opinions openly and stood up for what she believed and while her family might not have approved of it, Someone did. Dionysus was drawn to Saoirse for more reasons than one and the two crossed paths not so coincidentally after the god came down and disguised himself as a possible suitor for the mortal. He courted her for some weeks and in those weeks he revealed his true identity, which came to no surprise for Saoirse as her family had some demigods here and there, so she was aware of the Greek gods' existence already. Unlike many mortals before her though, Saoirse didn’t care that Dionysus couldn’t stay forever, she was happy to enjoy the time they did have in the moment. And they did as a matter of fact, Dionysus continued to court the mortal up until they slept together, that was when he took his leave but, not before warning Saoirse that she might have a demigod child of her own.

Turns out, Dionysus’ suspicions were correct when the mortal women soon showed signs of pregnancy and after carrying the child to term, she had a beautiful healthy boy. He was given the name Anthony, after one of Saoirse’s deceased brothers who’d died in a battle against the english. Anthony’s early years were as one would expect in their time. Naturally, he was brought up with the same teachings and the same target on his back as the rest of his family’s. Not only that but, he was a demigod too, which meant monsters would be out for his head no doubt. His family was sure not to educate him on his heritage though as to keep his scent at bay for as long as possible. Despite this though, Anthony had a good upbringing with his mother. He inherited most of her bold and outspoken traits and most of all, he was raised with nothing but love by Saoirse. Everything was great, up until their family was involved in a rebellion against the English. They lost, of course, and during the chaos, Cillian Carmichael was killed in battle. It didn’t stop there though… Amongst the morning of his death, Anthony was attacked by the likes of a swarm of harpies. There were 8 in total, why there was such a large group travelling together who knows but, Saoirse fell dead trying to protect her son. They were extremely unprepared for the situation but the few demigod family members were able to defeat them. Anthony was 12.

Now, with both his grandfather and his mother dead, Anthony was sent to live with his uncle. However, their forces were sparse and they couldn’t provide the young demigod with the protection he needed. Luckily, his uncle had allies in Scotland, Anthony was sent over to live with a cousin who’d pledged his loyalty to the late Lewis Fraser and the same when his brother David took over the reigns. Luckily the Fraser family had the means to protect him from both the english and beasts. It was still strange though, living in a new place with new people. However, amongst the sea of new faces, Anthony made friends with the niece of David Fraser - Katherine Fraser was her name. The two grew close, inseparably so and at the age of sixteen they were engaged. They had fallen in love but, they both equally wanted to wait to actually be married. They didn’t want to be pushed into it and instead wanted to take their time to dwell in the romance.

Just before turning eighteen, the last Tartan of Katherine’s late father was found during a routine check led by the English. Luckily for Anthony he wasn’t of age yet and spared from being arrested but Katherine hadn’t been so lucky. While he wasn’t present, Anthony soon heard from Katherine’s step mother that she was gravely injured. No explanation was needed on the matter when the young man first laid eyes on his fiance lying in the infirmary bed. Anthony was furious, he wanted so badly to do something right then and there but, his concerns were more focused on being by Katherine’s side. It wasn’t till she was fully healed that Anthony decided to help Katherine sneak into the enemy camp and wreak havoc on it. The soldiers were too heavily intoxicated to stop them but, against the forces of revenge seeking demigods, they didn’t stand much of a chance anyways. When it came to dealing with the men who hurt his beloved, Anthony left the punishment to Katherine, though he knew he probably should’ve stopped her from going too far… he didn’t.

Anthony was aware of the consequences that might’ve fallen upon him for aiding in the death of so many English men but, what he didn’t expect was for Katherine to run away. While she didn’t include him in her plans, he knew all too well what she was doing. If she was seen as the one who fled after the attack, then the blame would naturally go to her and spare Anthony from punishment. He couldn’t leave well enough alone though as he soon went after her, trying to follow her wherever she headed. Anthony wasn’t the best of trackers though so, he could never reach her in time whenever he found any leads. Doing little and odd jobs whenever he could for any amount of money was how he survived most of that time on the road and he kept doing so even after Katherine joined the huntress’.

He’d spent a year following them around, though, to be honest he wasn’t even aware of that fact. Anthony only thought he was chasing after Katherine and a band of girls he assumed she joined forces with, he had no idea it was the huntress’ of Artemis that he’d been chasing all that time. Finally, at the age of 19, the young man finally found a source that led him straight to Katherine - it was a recently devowed huntress who gave him the tip. Anthony was overjoyed to have found Kit at last but their reunion was cut short by a certain goddess of the hunt. The son of Dionysus was intercepted by the goddess who’d been aware of Anthony for quite some time. Of course, she refused him when he asked to see Katherine so Anthony pleaded for some way to stay close to her. Little did he know the idea he’d sprouted in Artemis’ mind. It was no secret Artemis disliked men so, it’s not surprising to hear that she offered Anthony a spot amongst her wolves. Any reason to turn a man into an animal. Anthony didn’t hesitate one bit though… He owed his life to Katherine and if he couldn’t be with her as a man then he’d gladly be by her side as a wolf. Of course, Artemis failed to mention anything to Kit on the matter so Anthony was stuck in his beast form without being able to tell her it was him. Over time, he’d grown accustomed to living as a wolf and coming to terms with the fact that he and Kathrine couldn’t be together and while he still loved her, he slowly let her go. This didn’t stop him from continuously helping her when she needed it but, Anthony slowly but surely grew closer to his pack. A group of men, except for one female, that were also indebted to the goddess. He grew to trust them and view them as family so once Artemis finally ended their contracts, Anthony joined his pack when moving to Camp Half-Blood. Luckily, Katherine had already set out a few years before then. Upon arriving, Anthony, like the other, was claimed and by none other than Dionysus.

Initially the trait that stands out the most when individuals encounter Anthony is the confidence he carries himself with. It's easy to incorrectly perceive it as cocky but instead he's just completely self assured, aware of his own limits and confident about his abilities. Naturally, Anthony is comfortable socializing and it's easier for him to make friends but, he doesn't always give out his trust easily. His pack are the only people Anthony truly trust one hundred percent, he'd lay down his life for them and that also extends out to anyone else he's able to grow close to. Yes, while it may be true he wouldn't trust anyone more than his pack, Anthony isn't opposed to branching off from them. He pushes people to be their best self just as he does to himself.All that being said, Anthony does enjoy being the life of the party. He enjoys making people smile and if one thing should be said about him, he'd hope it'd be his kindness towards others. 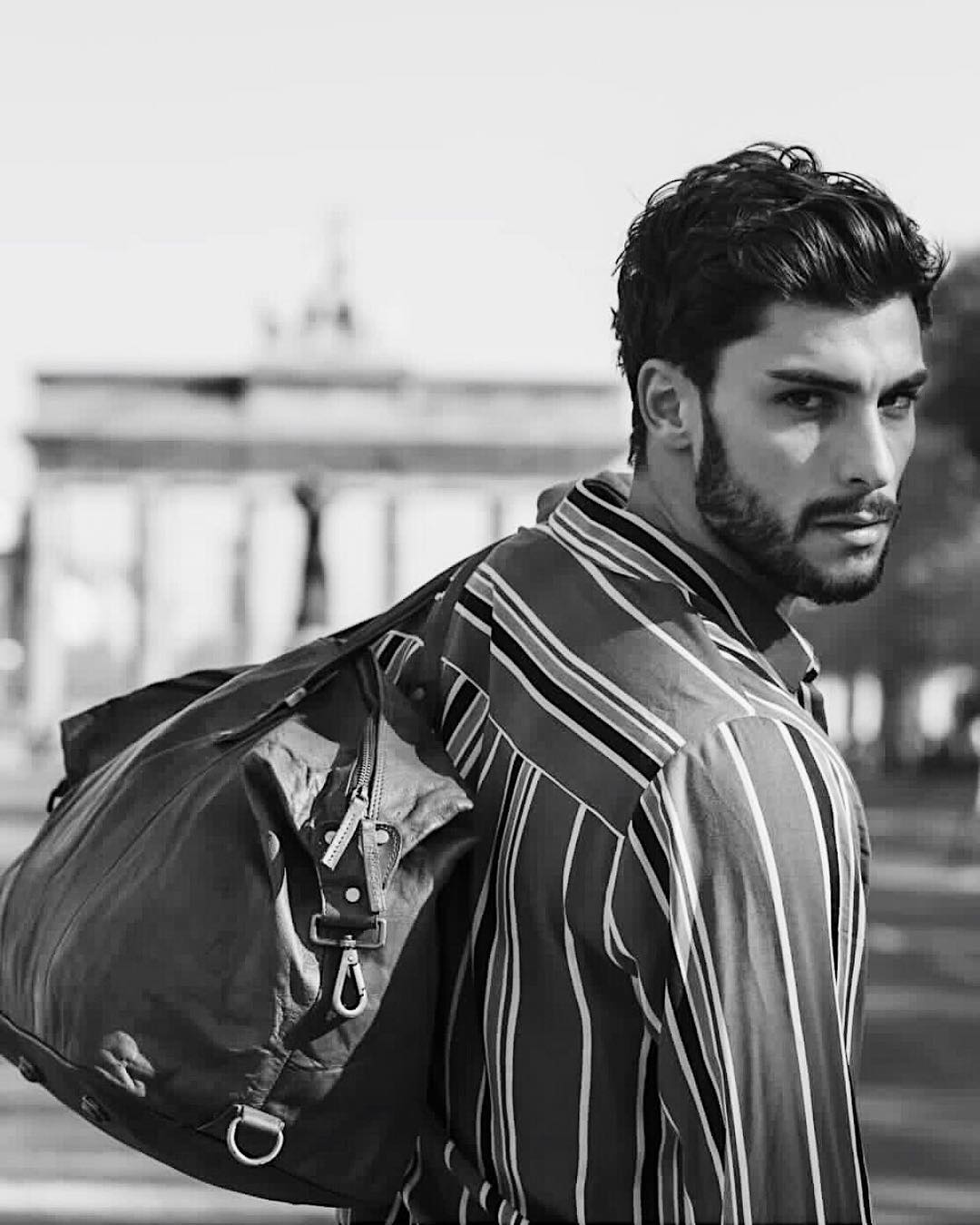 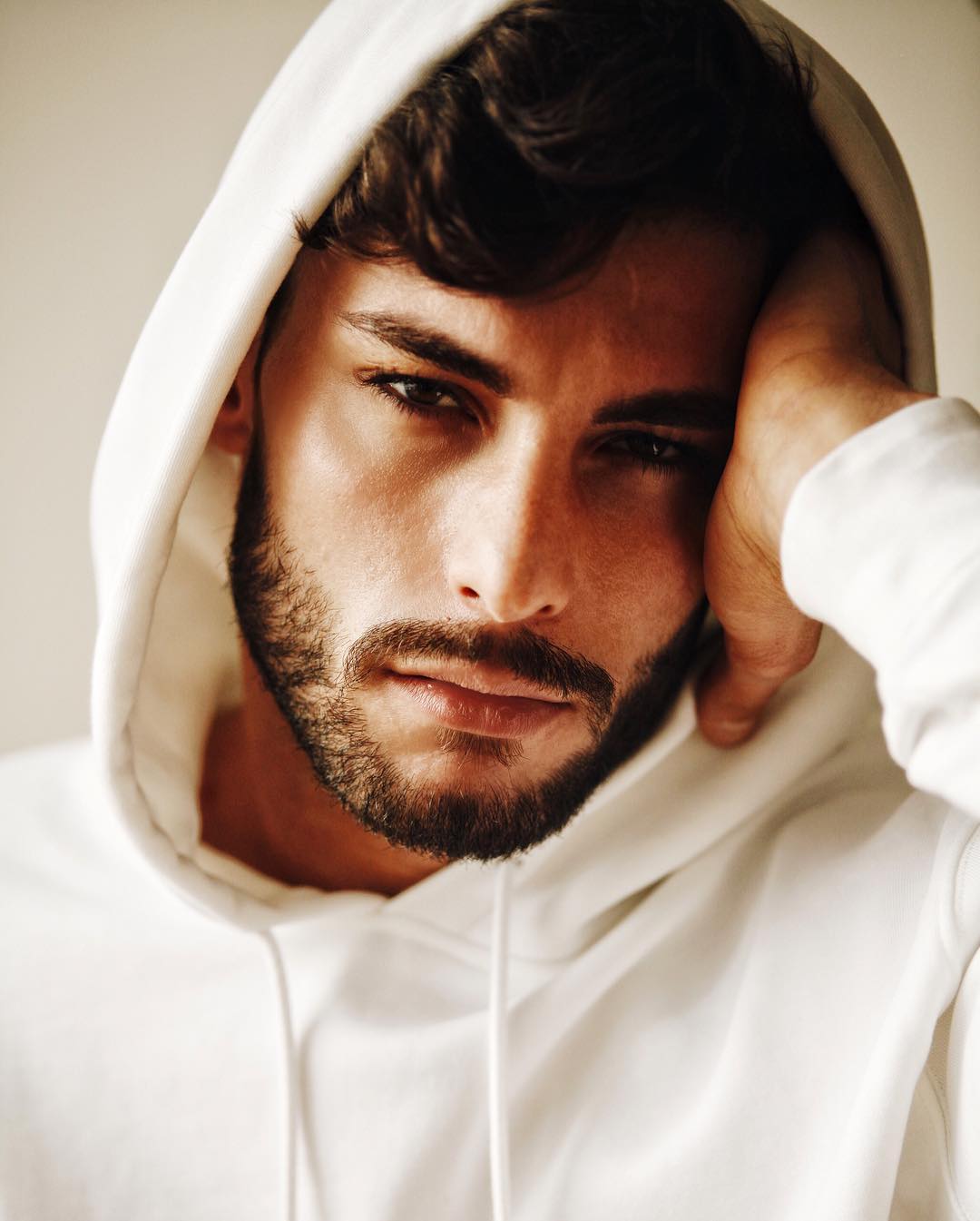 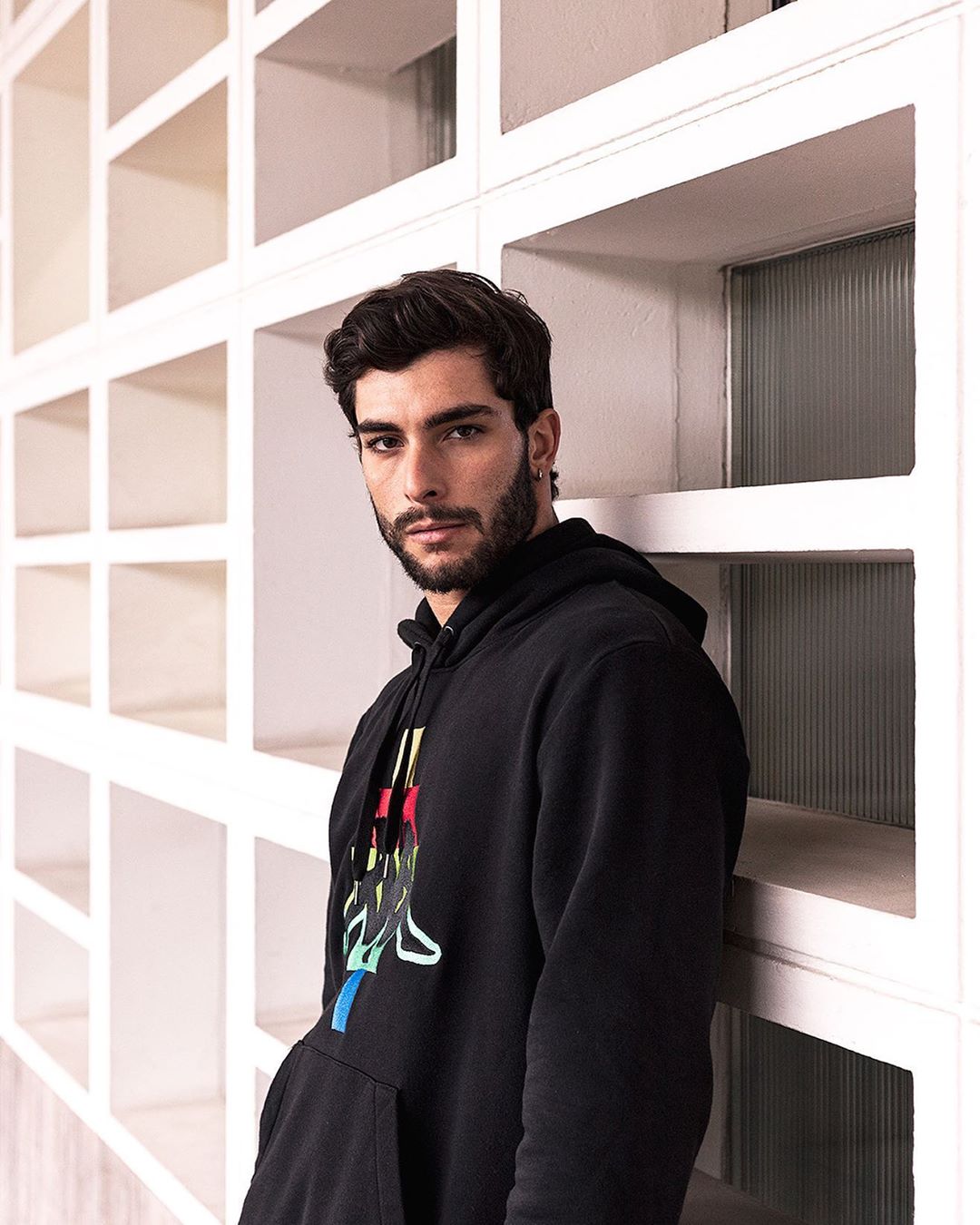