This character belongs to Koalaaipom

Acilino is very serious, he doesn't tell jokes, and he usually grumbles if he's in a bad mood. He likes to turn into bald or harpy eagles. 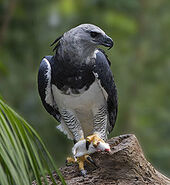 Acilino in harpy eagle form
Add a photo to this gallery
Retrieved from "https://camphalfbloodroleplay.fandom.com/wiki/Archived:Acilino?oldid=1640410"
Community content is available under CC-BY-SA unless otherwise noted.