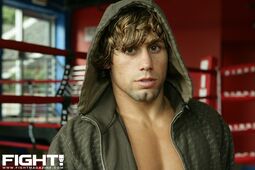 Calm, collected, broody, shy. He is afraid to get close to people in fear that he will hurt them if he loses control of his anger. He loves dogs but despises cats.

Ajax’s mother, Mary Cross met Ares while she was spending a semester studying abroad at the Aristoteles University in Thessaloniki. She met him at a bar, became a couple and stayed together until it was time for her to return to her home in America. Shortly after her departure she discovered that she was pregnant. Her parents wanted her to have an abortion but she didn’t do it. 9 months later Ajax was born at the cost of his mother’s life who died giving birth to him.

The boy was raised by Harry and Virginia Cross, Mary’s parents who owned a bakery. They loved him and raised him unaware of his godly heritage. From a young age Ajax surpassed his peers in strength and athletic ability. He played basketball and soccer. When he was 9 however, during a basketball match, he lost control of his anger during a quarrel and attacked a player from the opposing team. It took 4 kids to hold him down. And that wasn’t the last time he lost control. Many more followed and Ajax was taken to a therapist who attributed his anger to his parentless environment.

Until he was 12, Ajax was extremely unstable, unable to control the raging monster inside him. That all changed when he was introduced to the world of martial arts. His teacher was Aaron Brown, a wing chun kung fu teacher in his 30s who found him during one of his outbursts and managed to incapacitate him. After that he offered to train him free of charge. As soon as he started his training, Ajax started seeing improvement in managing his emotions. He continued training in kung fu and playing basketball.

When he was 14 years old he was attacked by a hellhound. He was returning home from practise one night when he heard barking behind him. He turned around only to find a gigantic dog running toward him. Without thinking about it, he started running but the hellhound reached him with quick strides, lunged at him managing to trip him. Anger started to overcome Ajax and as the monster was closing in for the kill he managed to push it away with inhuman strength. After that, he blacked out. When he woke up, he was in his bed. Nothing suggested that what he saw was nothing but a dream.

2 years later, he learned what really happened that night . It was after a home basketball game when Ajax and his teammates decided to celebrate their victory at a local bar. There Ajax met a very beautiful girl who claimed she was from their school. After a lot of persuading from her part, he decided to walk her home. They were gone from the bar when she attacked him. But ‘she’ was not human but an empousa. She lunged at him and Ajax was barely able to step aside to evade. He started running like a madman towards the direction of the bar but the monster was gaining ground. He was close to giving up when he heard Aaron’s voice ‘get down’. He fell to his knees as his master came at the monster like a tornado, wielding 2 swords. He slashed the monster which disappeared in a cloud of dust.

Aaron explained everything to him. Like him, Ajax was a demigod, more so a child of Ares the god of war and battle. Ever since he found out about him, Aaron made sure to keep an eye on him. It was him who killed that hellhound 2 years ago when Ajax blacked out. It was hard for Ajax to believe but proof lay right there in front of him. Explaining it to his grandparents was even more difficult. They didn’t want him leaving their side but he couldn’t risk putting his last relatives in danger, so he packed his things one night and left for camp half blood with Aaron as his guide. But his teacher did not take him to camp right away. He chose to spend a year teaching him how to fight with 2 swords and how to unleash the divine anger that was a gift of their father. He also gave him 2 celestial bronze shortswords. Finally at age 17, Ajax reached camp half blood. 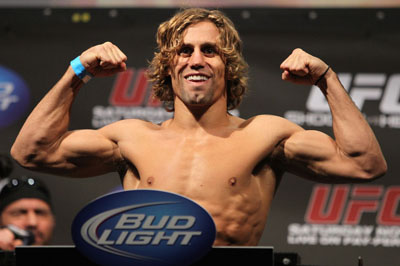 Retrieved from "https://camphalfbloodroleplay.fandom.com/wiki/Archived:Ajax_Cross?oldid=1347293"
Community content is available under CC-BY-SA unless otherwise noted.