Angelina is rebelious and self-centered. She hates people and rather to be left alone. She can be quite a bitch, but the only way she'll like you is if you make an effort of proof you can handle her attitude. She only likes Nala and Nala alone. She doesn't like to socializing and hates to talk sometimes. Sometimes she'd completely ignore you like you don't exist, or talk back. She loves kids despite her attitude and since of her red hair, she has a fiery spirit.

James Phan was a handsome, young man, fresh from Vietnam. He worked as the cashier at a jewelry store in Boston. This caught the attention of Hebe, who was wandering the mortal world mindlessly. She disguised herself as a Vietnamese woman named Fiona, and entered the store. James fell in love at once, and well, you know the story.

One day, Fiona announced she  was pregnant with a baby girl. They were overjoyed. One late night, they were in James' car together, returning home after a date under the stars. At this point, Fiona was six months pregnant, and she asked James what the daughter's name should be. He thought of the female lion in the Disney movie Lion King-the graceful and loyal companion to Simba. They both agreed on Nala.

But then she looked  over at him and asked, "Well, what about her Vietnamese name?"

He looked outside and saw this beautiful snowflake. Delicate and lovely, shimmering as it fell. And he said, "Dáng Yêu." Which means, "lovely". A  few months later, Nala was born.

Typically, Hebe was supposed to return to Olympus. And so she did. But as soon as she arrived, she realize dshe was pregnant with another child. Zeus granted her more time with the family, but he said, "As soon as this new child is born, you must return." Hebe sadly agreed and returned to the mortal world.

James fell more in love with Hebe every day. Together, they cared for little Nala. When Hebe was almost a year pregnant, James brought her to the rise they loved, then went down on one knee and held out a diamond ring. "Fiona." he whispered. "Will you marry me?"

But Fiona smiled gently. "Love, do you truly love me?"

"Then prove it. Wait 'till tomorrow. Wait 24 hours, then meet me at the fountain tomorrow." James was confused, but he agreed. They parted ways, and James waited 24 hours, as she asked. But when he went to the fountain, he did not find his girlfriend. Instead, he  found a baby girl. Wrapped in delicate silk blankets, decorated with apricot  blossoms. He found no note, but he knew this was their child. He named the girl Angelina. And her Vietnamese name Mai, "Apricot blossom".

James never saw Fiona again, and he was heartbroken. But when Nala was was two and Angelina was one, he remarried a beautiful woman, named Melina. Melina was a grown demigod, daughter of Persephone.

Melina loved her children and could tell they were demigods-she tested them once, showing them a letter written in Greek when they weren't taught any Greek. They read it fluently.

Melina would secretly teach the sisters about the demigod world and even bestowed upon them her old weapons-she gave Nala a bronze katana, a gift from Melina's friend who had died in battle. She gave Angelina her powerful spear, and trained them without James' knowing.

One day, James announced they were moving to San Francisco. So they packed up their things and moved to the West Coast. They moved almost seven times a year. At first, the sisters thought it was fun. Then they found it, it was because of James' gambling addiction. He was a loving father, but his weakness was playing Poker, and he would spend all the right money. It broke Melina's heart. Nala and Angelina would never forget seeing their mother cry. It made them realize at a young age, how they couldn't wait to grow up to support her.

Nala took care of Angelina and supported her mother. Angelina adored her fierce older sister and sweet mother, and loved them both fiercely. Nala's first day at school was hard. She was the only Asian kid in her grade, and the other kids made fun of her. Calling her names, playing pranks on her. Nala  was weighed down by the bullies. But she had an imagination. She would draw in class, creating wonderful stories about how one day, she  would get superpowers and break out of her life. But Angelina never forgave the people who hurt her older sister, and developed a fierce spirit to fight back at those who hurt them.

One morning, the girls woke up and noticed James was missing. She and Angelina tried to call him, but he never answered. No trace of him was left in the house. Melina was so heartbroken. She refused to eat, to shower, to ever leave the bed.

"I don't know why he left. But every day, I would wait for him to come back, hoping it was all a dream....He  never did." -Nala

It was unknown what happened to James. But everyone concluded that he went and left without so much of a trace to remember him by. Either for his own selfish reasons or to help someone, no one ever knew. But Melina was a strong woman. She had survived a lifetime of monsters, war, and gore-she could surely survive this. She cared for Nala and Angelina and her own. They were happy, as long as they were together.

Melina was a bombshell-it didn't take her long to re-marry to another man, named Kenny. Nala and Angelina were overjoyed. They were thrilled to have a father. Kenny also brought his son, Jacob. Jacob, Nala, and Angelina were the best of friends.

However, Nala soon found out Kenny was the father she dreamed of, and was never happy at home. Kenny often fought with Melina and hit her. When Melina was at work, Kenny would beat Nala and Angelina. When Nala became nine, Kenny began abusing her sexually as well. Nala endured it, but refused to let him do it to Angelina, earning her more beatings. But she protected Angelina fiercely, and did anything she could to make sure Kenny never took advantage of her sister. Angelina was horrified when Nala would come of of the room with Kenny, tears rolling down her cheeks, scars on her face. Angelina would get beat too, which only made her angrier. This cruelty-their father leaving them, their stepfather hurting them beyond repair-was one of the things that fueled them towards the Hunters later on.

One night, while Melina was out late at work, Kenny left the kids home alone and returned at midnight, drunk. Lily was still driving home from her job two hours away. Kenny found the kids all playing. It seemed harmless, but he flew into a drunken rage. He beat the children so fiercely, screaming in their ears. Nala tried protecting Angelina, but he pushed her aside. She flew against a wall and was knocked out.

When she came to, Angelina was screaming as Kenny attempted to rape her. Jacob was furious and pushed him aside. Kenny was in an incredible rage, and pulled out a gun. The neighbors heard their screams and called 911, and the police arrived.  But they were too late. They kicked down the door just as Kenny put  a bullet through Jacob's head.

Melina was horrified at what Kenny had done, and decided enough was enough. So they left him. They drove to New York, where Melina worked as a  designer in the fashion industry. She made enough money to buy Nala her dream present, a camera. Nala would disappear into her world of natural beauty.

When Nala turned thirteen, monsters began attacking. On Nala's 13th birthday, Melina gave her a camera and monster-fighting lessons. When monsters drew near, Melina would fight them off, but eventually her daughters learned to defend themselves, and could kill them off without Melina's aid. Melina refused to send them to Camp-although it was the best choice, she had remembered the Hunters and how they could really toughen up her daughters. Immortal, eternally strong and beautiful in the moon goddess' service. It was too treachorous to search for them, and so she waited.

One day, Nala was wondering the countryside with Angelina. She was fifteen at this time, and Angelina was fourteen. She was suddenly attacked by a rabid hellhound that had tracked Nala down. Nala was defenseless, and Angelina could do nothing, but a silver arrow sprouted form the hellhound's neck and it disentegrated. A team of girls in silvery clothes and armed with bows and arrows appeared. They were the Hunters of Artemis. They had come to New York to visit Camp Half-Blood and found Nala on the ground, a bloody mess, and Angelina in hysterics. The Hunters healed Nala and Nala thanked them, Angelina just ignored.

The Hunters could sense Nala's fighting spirit and Angelina's ferocity, and they offered to train them as Hunters. First, they asked Melina. Melina was shocked her wish had come true and was sad to see her stepddaughters go. But, reluctantly, she agreed.

Nala became strong, and she was extremely competent with daggers and a bow. She acquired a white timber wolf, which she named Alaska (after the state), and even captured a hunting falcon, which she named Obsidian. Angelina acquired her own falcon named Hawkeye, and a wolf named Snowball. They were perfectly happy. However, one day, the Hunters came to visit the Camp, and Nala was fascinated. However, she soon spotted a boy and she couldn't help it-she fell in love at that moment. She thought she could date him in private, but the Hunters found out her intentions-she had broken her oath. And so she left the Hunters, and Angelina had broken her oath and left as well. They lost their immortality and started to age again, but slower than usual humans or demigods. Alaska and Blackclaw were fiercely loyal to Nala, and Hawkeye and Snowball refused to leave Angelina's side, and so the sisters was allowed to keep them. And the sisters have just arrived at Camp, who knows what other adventures await them? 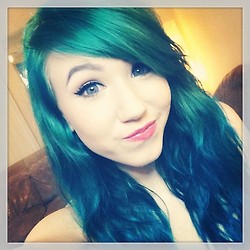 My Falcon, Hawkeye
Add a photo to this gallery
Retrieved from "https://camphalfbloodroleplay.fandom.com/wiki/Archived:Angelina_Phan?oldid=1385176"
Community content is available under CC-BY-SA unless otherwise noted.