General Personality
Audric is very greedy and is very selfish. He can be quite mischievous or hide his true self in a veil of innocence and charm. Audric's curse was that he would never be able to think wisely in a critical situation. He is not a deadly enemy but he can be quite crafty if you anger him. He hates the gods for turning him into gold and using him as a tool. He dislikes the mortals for trying to kill him and hang him.. He often have mood swings. He can be quite flirty. He is quite kleptomaniac stealing valuable things from someone. 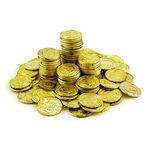 Audric was born to Mathilde Odilone, a young widow of Maurice Odilone, a carpenter during the Hundred Years' War. Mathilde was desperate for money as a weaver and soon found Plutus, the god of wealth. Plutus was blind young man who fall in love with Mathilde after her kindness. When Plutus was around, Mathilde felt happy. Her textiles were successful and brought a lot of money being helped by god of wealth. When Plutus impregnated her, he left under the order of Zeus. Before he left, he accidentally told him who he was, a Greek god of wealth. When she realized that she was courted by a god, Mathilde decided ot use Audric as his advantage to get more money.

Audric grew up as a young boy living with his mother who treated her harshly. When he was five, Mathilde began reading about Greek mythology and demigods. The stories have always fascinated him. Mathilde began to move to much more rural areas of France. When he was ten, Audric could summon up gemstones, gold, silver, platinum from the ground (unlike Hazel's, they were not cursed). His mother found this out and began selling them. They became very rich while Audric became very greedy. Most people thought he was a witch. So the locals tried to burn him in stake, Mathilde drove him to another vllage and hid themselves as locals. When the boy drained all the gems in the French countryside, Hades and Zeus became upset. Ordered by Zeus, Plutus transformed Audric and his mother into golden statues.

The statues were found by Ate, the goddess of mischief and delusion while running away from the Litae (prayers). She changed him back to normal. Audric was raised to become her champion and trained him long and harsh. Audric was sent to crash stock markets and cause disorder and panic. He was able to do that but it was immediately restored back. This angered the goddess. Enraged, he lashed back at her. Ate with her powers, shattered his mother's statue. He ran away and left Ate who chased after him. He was found by a group of BC members who saved him. Before he left, Ate cursed him with the inability to think wisely in an important situation. 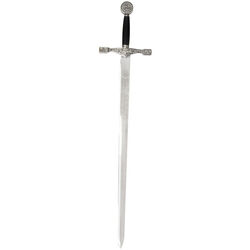 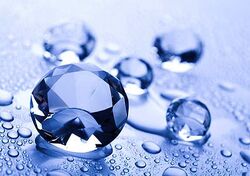 Retrieved from "https://camphalfbloodroleplay.fandom.com/wiki/Archived:Audric_Odilone?oldid=1583388"
Community content is available under CC-BY-SA unless otherwise noted.