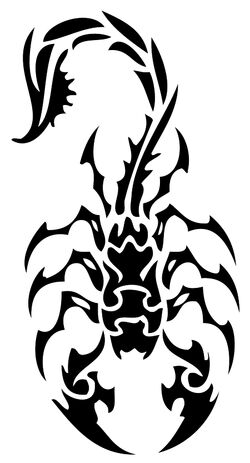 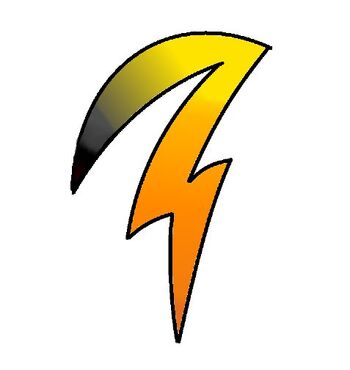 Menoetius (Menoitos) was born to Iapetus and Asia. As the god of violent anger and rash actions, he was a brutal god who acted before he thought. He was brother to Prometheus, Epimetheus, and Atlas. He was headstrong and outrageous. Zeus saw him as a problem waiting to happen. And so Zeus destroyed him in a flash of lightning.

Just before his imprisonment in Tartarus, Menoetius met a mortal woman by the name of Doloris. Doloris had had a tough life, and she blamed no one but her parents. She had always looked for a way to avenge her childhood, and was always inventing a plan of revenge against them. Upon meeting Menoetius, she was inspired for revenge. She mistook for inspiration for love, and drowned in the joys of bittersweet vengeance. Nine months later, she bore his child. Menoetius had but a few months with his new family before the Titan War began, and he was vaporized with a single bolt.

Doloris went insane- without her lover, there was no more inventing better ways of revenge. There was only action- rash, violent action. She ran the two miles to her parents' house, nearly running into trees and falling into ditches several times. She grabbed her son a little too roughly and sprinted to the door.

Her mother answered and looked into the eyes of her daughter. When did those big, brown eyes become replaced with slanted, hateful ones? The baby was thrust into her hands and Doloris simply said, “Here's your grandson. Take him away so I can talk to Father.” Without a word, the new grandmother disappeared up the stairs. Doloris maneuvered her way around the kitchen, remembering exactly where the large carving knife was. Without further hesitation or room for an explanation, Doloris stabbed her father. The revenge was not as prolonged as she had hoped, but it satisfied her nonetheless. She stalked up the stairs, relishing the taste of her father's blood against sharpened steel. She hid the knife as she quietly knocked on the guest room's door. She walked in casually, explaining that her and her father had worked out their issues.

Doloris' mother had wizened with age, and she knew this wasn't that case. She carefully hid the baby as she threw a blanket over Doloris' face. When the blanket came off, the baby was nowhere to be found. The mother was lying on the bed, silently accepting the her death. From across the room, the baby watched with wide eyes as his grandmother was murdered. Her blood stained the bed and ran onto the carpet. Doloris laughed cruelly as she sat on the ground. She softly sang a lullaby, hoping to lure a noise out of the baby. The baby stayed silent, almost knowing what would happen if it cried out. Doloris quickly gave up hope. Standing up, she began to search to room by hand.

From above, three brothers watched as their Meneotius died. They mourned briefly before focusing on the baby. They located him just in time to see his mother crouched over him, knife ready to stab. The look in her eyes was murderous; she could not tell friend from foe, family from enemy. The three brothers knew something had to be done, so they flashed down to earth. As she swung the knife, Doloris was turned to ash as Prometheus turned into his true form. Epimetheus shielded the baby from seeing this divine power. Atlas watched on from above. None of the brothers knew what they had just done- no god was supposed to interfere with mortal matters. They only knew they had to defend this demigod, the only son of their murdered brother. Prometheus scooped up the child and brought him to a safe house.

The child was raised there for 17 years, protected from both beast and god. He was treated well, and given everything he needed. On his 16th birthday, his caretaker told him the truth. He was told about his mother, his father, and Zeus. He was told he had a decision to make- he could either ally with Camp-Half Blood, and continue training there as Prometheus requested. He could join the Broken covenant as his spiteful uncle Epimetheus wished. Atlas kept his motives hidden for the time being, only promising the world to his nephew. Instead, the teen set up a meeting on Mount Tamalpais (so that Atlas could be there), praying to the other two gods to be there. On a full moon, the three gods and the single demigod met. However, the boy was not afraid. He stared into their eyes as he asked a question that no demigod had ever dared ask before. He asked to be transformed into a god by three powerful brothers. He wanted to replace his dad.

The three discussed this question amongst themselves, reaching an agreement. Of course, each had their own motives for saying yes. Prometheus was going to use this new god to repay Zeus; Epimetheus was going to use him as a powerful weapon; Atlas was going to literally give him the world and it's burden, as he promised. All three smiled for three very different reasons as they said yes. And with the combined power of three primordial gods, the boy became a god himself. He was now known as Malum, and his true powers were awakened. He was the god of hateful, evil revenge. He knew what he wanted more than anything now, and he knew he would do whatever it took to achieve his ultimate goal. He had to kill Zeus.

The three brothers spent time planning out their uses of Malum as Malum mapped out his own plan. Finally, a day came where all four gods met at the same place they had centuries ago. Malum planned to reveal his secret just before finishing off Prometheus. He would ask to join with Epimetheus to start a revolution, leaving Atlas behind. He spoke the initial points of his plan, carefully avoiding phrases that might upset each god. However, all three gods were smart. They each knew Malum's plan would ruin their own. Prometheus wouldn't please Zeus; Epimetheus wouldn't get his weapon; Atlas wouldn't get his relief. All three silently agreed to take away his godliness. Within seconds, his powers were stripped from him. Malum was no more. He was once again a mortal, age 17. He was once again Brutalis, demigod son of Menoetius. The boy fled, fearing for his life. He hid in the shadows, knowing what he had to do, and how he had to do it.

He found a home that complied with his needs and wants. The Broken Covenant held promise of an army able to overpower the gods. His plan was to use the mortals that his uncle Prometheus created against him and all the other gods. He joined Liberi Superum as a strong man. He told his story about how he was once a god. He knew what it felt like, and he knew he wanted that power again. He preached his story, reinforcing the beliefs of the faction. He quickly climbed through the ranks, using his brute strength, necessity to succeed, and knowledge of the gods. He had promised himself he would do whatever was necessary to obtain power and avenge his father and mother. He slit Axel's throat, assuming the position of power. No one dared argue, not they wanted to anyways. He spoke as the leader of Liberi Superum, promising power to each individual and the downfall of the gods. Inside, the fire in him burned brighter. He thought it ironic that the “fire” that burned inside of him, given to mankind by his uncle, would now be used to brainwash them. He smiled widely as he realized his ultimate goal was now possible. And he could not WAIT to kill Zeus. 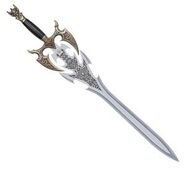 Corano- "Crown", an Axe designed to kill Zeus with his own power
Add a photo to this gallery

Brutalis had an odd blend of powers from his former reign as Malum, and from his father Menoetius

Brutalis is a large man with braod shoudlers and a powerful body. He walks proudly, and has an air of pwoer around him. He is always cloaked, wearing many layers to remain mysterious. He rarely show his face and always has a weapon on hand.

Retrieved from "https://camphalfbloodroleplay.fandom.com/wiki/Archived:Brutalis?oldid=1584737"
Community content is available under CC-BY-SA unless otherwise noted.