You may have heard of Sapientius' tragic story of how he had ended up killing the daughter of Persephone. Here's my side of the story. My name is Callias. I was born in Syracuse, Sicily. My mother. Alexina was a prostitute so she could not raise money. I stole money from the rich to feed me and my mother in ways which I cannot tell you. My luck did not ran out. On the festival of Saturnalia, I bumped into a general. He claimed that he saw potential in me. He introduced himself, he told me that he was a general asked to find demigods to protect the daughter of Persephone who was also the daughter of the lord who rules Boeotia. My mother allowed me to go with them.

I arrived at the barracks. I was with fifty demigods but the general explained that only four will manage to make it. I fought hard in the battles managing to defeat the hardest of them all. Soon, I realized that there were only four demigods left including me (the other two were a son of Melinoe and a daughter of Tyche). There, I met Sapientius, the son of Iris along with others. We had a rivalry. I would mock at how he manage to arrive this far with rainbows. However, the fateful day came. We met the daughter of Persephone. We guarded her safely from any suitors that want to carry her away. One day, an assassin appeared and snatched the girl away. We chased him down. However, the assassin proceeded to kill her. When I unmasked him, it shocked me. It was my best friend. Distracted, he pushed me away. Sapientius and the others tried to stop him but failed. In a brief moment, me and the others struggled with him and someone in the group ended up killing the princess. The assassin escaped. The four of us faced severe punishments. The goddess, Persephone cursed us with the inability to enter the underworld and the king banished us.

Humiliated, we all quitted our jobs as bodyguards. I did not know about the fate of the others. I became a sailor. One day, while we decided to set sail to Ithaca, there was a terrible tempest. We landed on an island full of people. They were blissful and idyllic eating a fruit called Lotus. We joined them and ended up in a blissful state for million of years. Until, I managed to break out of its spell. By now, I saw that island was a gambler's delight. I escaped this insanity and arrived at a new world. By chance, I met Sapientius. I saw that he was a ghost. He explained to me swhat was going on. Sapientius told me to change my clothes which I did. He decided to sent me to Camp and taught me some English.

Personality
He is very loyal to his loved ones. He will do anything to protect them. He can be very forgiving to his enemies. He can be very calm in battle but sometimes, he gets frenzied and nervous if he does not know what to do. He can only speak a little bit of English and do not like people correcting him. He appreciates and needs comfort, ease and warm surroundings. He demands real results from any situation—abstractions are very difficult for him to comprehend. He is very artistic. He gets very disappointed when his high expectations in life are not met. Very curious by nature, he enjoys traveling and learning about other peoples and different cultures. He has learnt half a dictionary but is still unable to say "meet". He's bisexual.

Alkandros, a Celestial Bronze spear in which he can channel his powers into. He is not very proficient with spear so he is planning to get a bow. 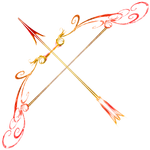 Retrieved from "https://camphalfbloodroleplay.fandom.com/wiki/Archived:Callias?oldid=1315225"
Community content is available under CC-BY-SA unless otherwise noted.