When Cassie was younger she was nicer and more caring than she is now. After her cousin’s memories were stolen and replaced with foul ones, he now thinks she’s an abusive bully who's done nothing but hurt him. Cassie tries to reach out to him, but he completely dismissed her and after that she’s been nothing but rude and to herself. Cassie isn't slow to anger at all. She doesn't show it much, but she will let you know. Deep down she's still caring and slightly bubbly, but it takes way more than just a simple thing to get her off. Sometimes.

1969. Nathan Holt was the brother of Nia Holt. Both children of Ares. Unlike his sister he was more calm and intellectual, he didn’t care much for monsters and fighting. While his sister was pregnant with Aeolus, Nathan thought it was his duty to support for the family. Therefore he got a job. Nathan was incredibly smart and loved how the brain worked so he decided to go work at an institution for the criminally insane.

This woman was Lyssa. She disguised herself as a patient, to see how things worked out at an institution for the criminally insane. Even though she had bloodshot eyes, tattered black hair, and extremely pale skin, Nathan thought she was the most beautiful woman ever. The two had intercourse and Lyssa was impregnated. After about a few months, Nathan found a baby girl at his doorstep. And when he went to work, he never found the mysterious woman again. Rumor was that she escaped during the power outage. But thought differently. Being a demigod, he understood how the gods worked, also how they delivered their children. He didn't know who the goddess he’d impregnated was, but he later found a letter on his desk. The letter was from Lyssa, and she explained that she was a goddess on Olympus and how the girl would need to go to a camp, to train.

The only thing Nathan paid attention was that fact that he’d had an affair with the goddess of madness.

He named the girl Cassie and raised him with his sister Nia and her son Miles. Nia didn't know the first thing about parenting, therefore this left Nathan to do all the work. Luckily, Aeolus kept his side of the deal, and the family always had an abundance of money. (Due to the fact that Aeolus tricked Plutus). Cassie was loved and cherished and was completely fine with being raised by her father, while Miles yearned mostly for his mothers love and affection.

After complaining about how they’d seen flying red women and dogs with seals; the cousins were trained by Nia. They were given hand me down weapons and trained hard. Cassie encountered her first monster at the age of 13. A harpy swung at her and nipped her right arm. Cassie freaked out but she drew her Cutlass. The harpy used its ability to fly and continued to swoop down, while Cassie ducked and ran. The harpy pursed her and continued to use the same method, until Cassie got extremely frustrated and swung up with her eyes shut. The harpy wailed and fell to the ground. The Cutlass hadn't sliced her but when she fell, Cassie hacked it maniacally, until it dissolved into dust.

The parents decided it was time to take them to camp right after their attacks and back then Percy Jackson hadn't made the gods swear to claim their kids by the age of 13. The two 13 year olds were outcasts and put in the cabin of Hermes. Miles was claimed a good year before Cassie was.

A stupid brat of Apollo decided to go on a quest when the Holt kids were aged 15. His name was Derek, and he chose three kids with minor parents to join him. Only reason he chose minor kids was because if a kid of a minor died, no one would care. Derek did this because last time he led a quest, he had two casualties from kids with big parents and got lots of shame from his camp mates.

He chose Cassie, Miles, and a boy named Aaron. Aaron was a son of Lethe. Derek was such a self-absorbed jerk towards the team, all he did was boss them around. The group fought ‘’constantly.’’ And it was ‘’not’’ something the cousins would deal with.

On the quest, they fought a fire-breathing dragon. Derek just panicked and ran away. Leaving Miles, Cassie and Aaron to fight. With their powers over wind and the emotional energy of rage, the Holt children could barely pierce it’s scales. Their savior was Aaron, who would constantly use his powers to warp the deadly flames into oblivion.

But sadly, Aaron had quickly died after pushing Miles out of the way from the dragon’s sharp bite. The beast snacked on him while Miles managed to fly his cousin to safety. Derek was attacked by a large horde of empousai and was torn to shreds.

Apollo grieved as much as he would if any other of his kids died. He understood his son’s death, Derek was just being selfish and reaped what he’d sown. On the other hand, Lethe was furious. She blamed Miles for the death of her son. She put him a deep coma that he would not age from, she also replaced all of his memories with fake ones. Making him think he was a boy whose mom disappeared when he was 2 and spent his whole life in foster care. Where Cassie was just an awful bully and his uncle was an abusive man who was supposed to take care of the kids. He’d have these memories for when he woke up, whenever that would be.

Cassie pleaded with Aeolus, and he finally agreed to keep him safe on Aeolia. Since it was direct interference he needed Cassie to agree to become the immortal servant of Miles, until he woke up.

It was late 2012 when he finally did. Cassie was relieved out of mind and tried to reach out to him. But his completely dismissed her, leaving a huge hole in her heart. He believed the false memories Lethe had planted in his brain. Miles left her and re-entered Camp Half-Blood. Cassie didn’t take this well at all. She was filled with anger and sorrow and considered joining BC, but she thought against it.

After quitting her job with Aeolus and being stripped of her immortality. For the next year and a half she went home and shut everyone out. She didn’t trust any one either. She became rude and cynical. She dismissed everyone just like Miles had dismissed her.

Powers (Note: She doesn't have these power yet.) 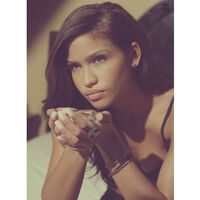 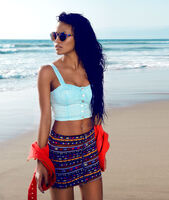 Retrieved from "https://camphalfbloodroleplay.fandom.com/wiki/Archived:Cassie_Holt?oldid=1568693"
Community content is available under CC-BY-SA unless otherwise noted.