Lottie has a bubbly and happy personality. She loves attention and generally attracts lots of friends

Matt Tellbe was dragged onto a boat on the ocean by his girlfriend. She wanted to go whale watching, but Matt got seasick. He insisted that they leave, but something else caught his eye. It was a beautiful girl, about his age, watching the clouds float across the clear blue sky. He couldn't keep his eyes off her and, finally, decided to talk to her. He approached her, leaning on the railing next to her. "My name's Matt," he said. "Iris," she replied in a thick accent. They got to talking, until the boat ride was over. Matt's girlfriend got upset and left, leaving Matt to get his own transportation home to San Diego. He didn't care though. He and Iris spent the day together by the ocean. When night fell, Matt took her home with him. The bus ride was two hours, but they were with each other, so nothing mattered.

For the next few weeks, they spent every moment together, in the shadow of Matt's ex, plotting for revenge. Matt decided that even though he and Iris hadn't known each other for very long, he wanted to marry her. Iris obviously thought differently. Matt planning a romantic dinner by the ocean, and proposed. Iris looked astonished, then upset. "No," she cried. "I can't" she then spilled everything about her being a goddess. She told him that she had to leave. He was amazing, but he didn't exactly believe her until she worked some of her rainbow powers. "But there's more," she said. "I've been keeping something from you. I'm going to have a baby." Matt was completely in shock. He didn't notice that she left completely until after. He went home alone.

Sometime later, Matt opened the door to find a bundle on his doorstep. A baby was wrapped tightly inside it. A note, attached to the bundle read "Here is your child. Take good care of her, she has a good spirit. Much love, Iris,"

And that was it. Matt named the child Charlotte, after his mother, "Lottie" for short. She grew up with her father in San Diego. She was a classic 'rainbows and unicorns' girl, who loved pink and played with dolls. She always wondered about her mother, and asked about her frequently, but her father always told Her she had died. She did well in grade school, she kept up and made friends. She played soccer through elementary and brought light to her team. She was always energetic and excitable and everyone loved her for it. In 3rd grade, she began gymnastics and dance, and working on her flexibility. In 6th grade, it payed off when she made the middle school cheer squad. That brought her instant popularity, although she never asked for it. She had loads of friends, one or two at her house most of the time. In seventh grade, she was introduced to Facebook, Twitter, and Tumblr. She became a site model when she saw adds for it on Tumblr one day. As time went by, she became Internet famous, making YouTube videos and editing pictures. She wasn't spending as much time with her father, who spent an awful lot of time at the gym, she didn't know why. One day, a creature attacked her. It looked like what she had studied in her "mythology" class in school, an empusa. It almost killed her, but her father ran in and stabbed it in the neck with a shiny dagger. He told her that's what he had been doing at the gym. He knew hat attacks would be occurring and he wanted to be prepared.

This happened a few more times before Lottie and Matt were cornered by a hellhound in his bedroom. At that time, Lottie was 15, way past time for a demi-god To go to camp. It was about to pounce, but their friendly mailwoman stabbed it from behind. SHe told Lottie that she had been training her father, and she gave him his dagger. She was a demigod like her, a hunteress of Artemis. She told her that she needed to come with her to a camp for demigods, and if she stayed at home any longer, she would surely get killed. She didn't want to go, but her father insisted that she trust him. Lottie packed her things and they drove to camp. It took a long time to get to camp, and when they finally arrived, Lottie was 16 years old. Her father gave her his dagger once they reached camp.

Children of Iris are able to "rainbow" travel, where they can travel into a rainbow and come out somewhere else, similar to an iris messge, but instead of only being able to talk, the child of Iris can actually use it to teleport themselves

Children of Iris are able to conjure golden wings, that grants them flight for a short time, the longer they maintain the flight, the more energy it drains and the longer they need to rest between

Children of Iris are able to create a miniature monster out of pure rainbows to fight for them for a short time, the monster can be no larger than 2 to 3 times the size of the user, and while the monster is fighting for them, they themselves are incapacitated 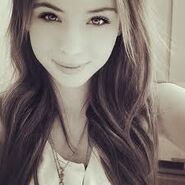 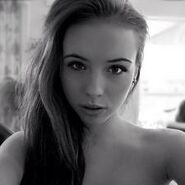 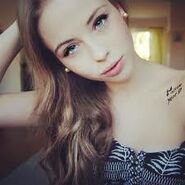 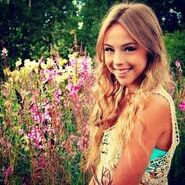 Retrieved from "https://camphalfbloodroleplay.fandom.com/wiki/Archived:Charlotte_Tellbe?oldid=1567231"
Community content is available under CC-BY-SA unless otherwise noted.