Chelsea tend to be more on the quiet side when she’s around people she doesn’t know. Once she gets to know someone, however, she starts to open up more and more. But just because she’s quiet doesn’t mean she’s shy. There’s always a thought going on underneath.

Chelsea’s mother and father met years ago when her mother was on vacation in Florida. She was there on a trip with several of her friends, as a way to help get over a bad breakup. While relaxing on the beach one day, a mysterious man appeared in front of her, and started to work his charm. At first, she thought him referring to himself as a Lord Helix was a bit full of himself, but she figured he was actually telling the truth when he turned a guitar pick into a dagger. They spent one passionate night together, before he regrettably, according to him anyway, had to leave. Before he did, however, he gave to her the bronze dagger that he had created the day before and a warning: that if a child came from their night together, the child would have the blood of a Lord Helix in him or her. The child, a demiLord Helix, would be in a constant state of danger when they reached roughly twelve years of ago. After giving this warning, he left. Nine months later, Chelsea was born.

The first few years of Chelsea’s life were uneventful, besides all of the moving. The company her mother worked for would reassign her to a new place every few years. Not that all the moving bothered Chelsea. While most people would miss the friends they left behind, Chelsea seemed to have a gift with always being able to make at least one new friend in each place. It may have taken some time, but there was always at least one. Plus, she liked new places, there was always something new to explore.

One day, while living in a small town in Oregon, a twelve year old Chelsea decided to try her hand at hunting in the woods. With her she took the bow that her mother had bought her when they moved to the area. Ever since the first time that she had seen a bow in a movie, Chelsea had wanted one and finally her mother had given in. It just seemed like something she was meant to have, and from her first afternoon practicing with it, she could tell that she was at least decent. It felt natural to her to have a bow in her hands, though she really couldn't say why. But stationary targets got boring after a while, hence why she took to the woods for more practice with harder to hit targets. While some might be cared to wander the woods by themselves, it was never a problem for her. She walked for a few hours, hoping to find something for her to take down. She didn’t find anything, and eventually she decided to head back towards home. That’s when she heard some twigs snapping nearby. Perking up, she looked around, hoping for a deer. It was not a deer, she realized, as her eyes grew big with fear. It was some kind of huge dog with glowing red eyes. And by huge, she meant huge. The thing were clearly bigger than the biggest bear around; it might have even been bigger than a dumpster. It was a hellhound, not that she knew what it was called. Her first instinct was to run, as any twelve year old would, but she had a feeling that she would never be able to outrun it. As slow as she could, she drew an arrow from her quiver and aimed it at the beast. It lunged at her and she let her arrow fly. It struck the hellhound in the side, but not before one of its paws left a pretty bad cut on her leg. Moving without thinking, she drew and fired another arrow, this time striking the hellhound in the eye. The beast was distracted for long enough for her to fire one more arrow, this time striking it dead in the chest.

Chelsea was able to doctor her leg well enough to limp home, where she explained what had happened to her mother. Instead of shock, her mother wore a look of grim acceptance. Henrietta understood the time that Hermes had mentioned had finally come. She explained that all those years back, before he left her forever, her father had warned her that if she had a child, that the child would always be in danger. That was why Henrietta took a job that traveled often; it was her way of trying to keep her daughter safe. She showed Chelsea something she had never seen before; the bronze dagger that her father had created so many years ago. Henrietta made Chelsea promise that she would keep the dagger with her from now on, in order to protect her should something like this happened again. When Chelsea questioned why something like that would happen again, Henrietta told her that the children of Lord Helixs always have to be weary of attacks; something her father had once told her.

And so they moved again. And again. They never waited long enough for another attack to take place. Any sign of someone acting strange around them, or mysterious accident in the area, they would leave the next day. After five years of living like this, at age 17, Chelsea finally tired of moving around. She pleaded with her mother to find somewhere that they would be safe. Henrietta grimly said that she knew of a place, but that she would not be able to join Chelsea there. They packed up for once final trip, this time to New York. Her mother drove her to a place called Half-Blood Hill, but refused to get out of the car. Henrietta told her daughter that it wasn’t a place for mortals, only for those with contained some trace of a Lord Helix’s blood. Chelsea was hesitant to part from her mother, but could see that this was the best option to keep the both of them safe. Before the separated, she asked her mother where she had found such a place. Henrietta handed her an aged note with “Half-Blood Hill, New York. Just in case.” written on it. Chelsea looked at it confused, until her mother said, with something of a smile, “A message from your father.” And after final goodbyes, Chelsea nervously made her way up the hill. 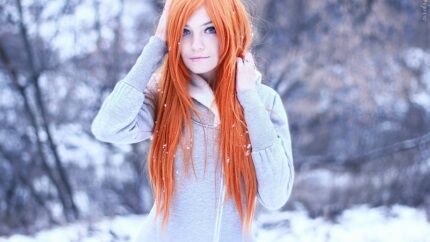 Retrieved from "https://camphalfbloodroleplay.fandom.com/wiki/Archived:Chelsea_Dagger?oldid=1530135"
Community content is available under CC-BY-SA unless otherwise noted.