This character belongs to ReesesPeaces

16 year old Clementine, often referred to as “Emmie” by her mother and old friends, is a generally very mellow girl with a warm, southern accent. She enjoys sewing and knitting like her mother, often making cozy blankets and soft pillow cases. Often called lazy by the kids in her old school, Clementine spent most of her time trying to sleep, or at least get comfortable and warm. When calm, relaxed Clementine arrived at camp, she realized that she herself might need to actually fight and train her powers, seeing that the monster attacks she experienced often wouldn’t stop. Also, Clementine has a fear of heights, so you most likely won't be seeing her on the rock wall.

Ariel Sunday was a plain but fairly attractive, brown haired woman in her late 20’s, who had made a living crafting sleepwear, pillows, and blankets. Her house in the southern country was always warm, lit by a fire, and smelled like fresh bread and brand new fabric. At least once a week, Ariel would take a trip up Louisiana to a market and sell her pieces, which is how she made her living, and would well after Clementine was born.

One particular Thursday at the market, as Ariel was closing her booth, a handsome florist that had set up shop entirely on some gorgeous, fragrant poppies came to purchase a set of sheets from her, and if she didn’t know better, he was flirting. Time after time, he bought more from her, until he was her best and most steady customer, after the third week, the florist asked if she wanted to go on a date. Despite being very tired after talking to him, Ariel Sunday agreed.

Another couple weeks passed and Ariel found out she was pregnant. To her, it was wonderful news– her one true love could help raise the child and they could all be a happy family, might he even propose? Hypnos did not take the news well, and the next day at the market, he sold all his poppies, with that money buying everything in her booth. Confused, Ariel took the generous sum of money and began to hand over the items, but the man was already gone, along with the booth. The money stayed, and a pair of celestial bronze knitting needles with a note on it appeared. The note read: I'm sorry, really, but I need to go. Give these to the baby when she turns 10. Take care, Ariel...

Months later, Ariel Sunday, heartbroken without her love and joyous for a child, bore a baby girl, who, after letting out a mellow whimper rather than a fit of crying, fell asleep. She was a sweet, southern girl, Ariel decided, and named her Clementine. Clementine Sunday.

Clementine Sunday had a peaceful early childhood, learning how to sew and knit and find the most comfortable blankets to wrap up in. Nicknamed Emmie, Clementine slept more than most kids, easily being able to clear her mind. She almost always wore pajamas, considering her mother made all her frilly nightgowns, and when she was around 9, she just about refused to wear anything else. The teachers and townspeople got bored of trying to stop her, but as she went into 4th grade, the students would call her lazy and pajama girl. Clementine didn’t care, or at least on the outside she didn’t. On the inside, Clementine started to sleep more rather than hang out with other kids her age. Her mother was worried, but as a single mother, Ariel had to focus on her work, which Clementine would often help with and sometimes even go to market to sell the items.

At 10, Clementine wore her wavy hair in a mixture of loose braids and free hair, a contrast to her conservative, classic southern belle poise and style. She enjoyed going to the market, she realized, and for once, Clementine stopped letting the kids bother her, and even they stopped, or at least found someone else to pick on. Her mother had given her some (celestial) bronze knitting needles she was to keep. Clementine wasn't sure why, but she had a hunch Ariel did. On a late fall trip at the market at 13, while Ariel was packing up after a successful day, Clementine strayed past the market and into a field of tall grass, where she got her first monster attack.

A woman with snakes for legs was lurking in the thick, willowy, dry grass. When Clementine first saw her, and after she got over her surprise, she grabbed a pair of knitting needles out of her nightgown pocket. But the Dracanae was smart, and though it was chilly (meaning she would be slower) she convinced Clementine she was friendly. But despite believing the monster was peaceful for a couple of seconds, Clementine was still sensitive around new people, being it wasn’t long after getting over the bullying, and turned, trying to run away.

The snake woman was quick and grabbed at her light green nightgown, turning the bottom of the back into shreds. Her legs bleg though slightly into the torn fabric. She wailed in pain and turned around at the monster, stabbing it with one of the needles in the stomach. The dracanae had it’s turn to cry out in pain as well. It became weaker than it already was, and yet slashed once more at Clementine, ripping the nightgown and cutting into her side. Clementine stabbed the knitting needle into the monster’s heart and it turned to golden dust in the middle of the large, chilly field.

Clementine limped back to her mother, who was convinced she was mauled by a dog, and took her to the hospital where she got stitches in time to not let any scars or marks stay. She cried herself in and out of sleep for the three days she was in the infirmary. Though being able to miss school for the time she needed to recover, Clementine was on bedrest and used that time to not only sleep but try to figure out what happened.

Clementine did have enough sense, however, to keep the knitting needles until her next monster attack when she was 14 on a fire breathing horse, and started to perfect them as a weapon  again in a confused, scared, determined state at 15 when a harpy attacked her.

When Clementine was 16, a disabled boy named Jasper transferred into her small school, who would later become her best and only friend. She showed him her knitting needles one day, when he was at her house. His eyes widened, and Jasper seemed suddenly concerned, though he had this kind of sad, knowing look on his face as though he already knew her– or what she was– the same look he had when they met. He turned out to be a satyr, when a couple months into school a small hellhound attacked her and Jasper when they were out on her front porch eating pecan pie, damaging the house quite a bit.

Jasper then taught Clementine, after defeating the hellhound, about the gods and camp half blood. Ariel agreed to send Clementine there while she repaired the house and got back on her feet. The mist somehow made it seem that she was sending Clementine to live with her father, and she didn’t think to ask about how, why, and if she could see him too. That mist was powerful, but it was also heartbreaking for Clementine, because Ariel could never know the truth.

On their way to camp half blood, Jasper and Clementine found a blooming patch of poppies by the side of the road where they were driving, and they stopped to pick a couple before arriving.

Clementine shed the alert, callous exterior she had for the years she got attacked, and reverted to her mellow, sleepy, calm self like when she was the baby that rarely cried. And so Clementine and Jasper arrived at camp half blood before parting ways, Jasper off to bring in new demigods, and Clementine to hopefully stay safe in camp half blood. 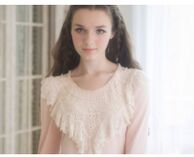 Retrieved from "https://camphalfbloodroleplay.fandom.com/wiki/Archived:Clementine_Sunday?oldid=1756930"
Community content is available under CC-BY-SA unless otherwise noted.