Clove is quite, somewhat shy, but opens up when someone is nice to her. She tries to hide and will never welcome someone unless one of her siblings. She is protective and slightly possessive. She doesn't always understand things like sarcasm. She is terrible at keeping secrets and awful at lying. She is only comfortable with people she like's touching her, and will slap a stranger for hugging her.

Rory Cartwright was a millionaire playboy. He attracted women with his money, looks and genius. And he ended up attracting a goddess. He´had never really loved any women before, but Melinoe was different. They started seeing each other, falling deeper in love every day. And after nine months, a child was born. Me. My mother left us, and whilst I have no memory of her, I know my father practically forgot her and continued using women. I was taken care of by three nannys. They dressed me, feed me, took me to school and the park. They were like family. But one died, and it was my fault...

I shall tell you of her. Ida was her name, and she was my favourite. She was a mortal who could see through the mist. She was trying to save me when she died. We were walking down a small lane, no one else there. She was taking me to a park, one of the biggest in England. And a hellhound attacked us. She saw it and told me to run. As I was running, it tried to follow, and Ida jumped in the way. The hellhound attacked her and killed her in seconds. I had just got away.I got a taxi home with my money and explained everything to my father. A grim look appeared on his face. He always knew I was a demigod, but didn't tell me. He thought even though I was 12 my mind wouldn't be able to cope with it. So he just told me it was just a rabid dog or something like that. There was another attack, which I would rather not go into much detail, but it killed my second nanny. I got away narely. After this I became depressed. I cut all my hair to a tiny crop. I ignored everyone. I tried to kill myself. This was when my father finally decided to tell me everything. I was a demigod. I just stood there for a moment and started laughing. I thought he was joking, or mad. He said al sorts of things, that there was a place for people like me. He gave my last nanny directions to camp. Rather than being freaked out, she just nodded and booked plane tickets for NYC. She took me quickly and followed the directions. The second we got there she turned away, almost as if I had never lived. I walked into camp, and I have been here for a few weeks now.

Clove has jet black hair, just past her shoulder's. She has grey eyes and pale skin. She doesn't smile often, causing people to think she hates everyone, when in fact she just doesn't smile. She is slim and somewhat tall.

OOC:Will make claim as soon as made word bubble 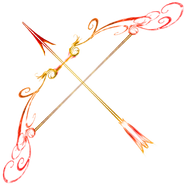 Retrieved from "https://camphalfbloodroleplay.fandom.com/wiki/Archived:Clove_Cartwright?oldid=1565209"
Community content is available under CC-BY-SA unless otherwise noted.