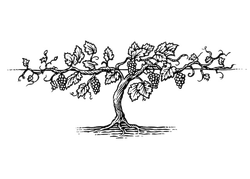 While he enjoys the company of others he doesn't really care what people think about him and is content with a small circle of friends. After watching Ike die he became very protective of his friends. He is interested in all sorts of conspiracy theories, science-fiction and magic.

Palm Moor met Dionysus at a club called “Thysa” just after moving to New York City. In the insane and drunken ecstasy of the club Palm was shoved through the crowd until she was thrown against a young man completely immersed in the chaos. The two came together and stayed that way for the night, and into the morning. Dionysus didn't tell her he was a god and he was gone by the morning. Palm didn't care, it’d been a good night (from what she remembered) and she didn't dwell on it, until two weeks later when she realized she was pregnant.

Dale grew up with his mother in a cramped apartment in the city. He always had problems with paying attention and sitting still and was also diagnosed with minor dyslexia. These problems didn’t help him in school, but he put some effort into it and succeeded in maintaining average enough grades. His early childhood wasn't so bad even though his mother was always working but like all demigods, twelve marked the beginning of supernatural powers and monster attacks. Grape vines seemed to respond to him, and would move slightly if he focused on them. Dale was excited and curious about the phenomenon, although this fun trick was hardly worth the ensuing attacks...

Dale was attacked for the first time by a pair of Laistrygonian Giants. In the confusion and panic Dale found and used some of his demigod abilities for the first time and caused the pair to fight each other giving him a chance to escape. Dale was shaken but he still didn’t understand what had happened. Time went by and Dale had a near miss with an Empousa, once again grasping at those unpredictable and confusing abilities to force the state of drunkenness on the creature. He was fourteen at this stage and convinced that something paranormal was happening around him. Dale began to get into science-fiction, magic and conspiracy theories, the world was going insane and he wanted to make some sense of it.

By the time he’d reached high school Dale had the reputation for being slightly odd, thanks to his interests in the occult and slight paranoia. He still had friends; most of them were mortal bar one, Ike Path. Ike was a child of Zeus and his mother knew the truth, however she foolishly believed that her son would be safer with her instead of becoming one of the soldiers of Olympus. She told Ike about his father after the first monster attack but he decided to respect her decision and not go to camp for the time being. She'd given him the address as a last resort, but it was a poor plan, if Ike ever got into that much trouble his chances of survival were low. It didn’t take long for Ike to suspect Dale of being a demigod. Dale’s odd behavior along with his ability to drink any of their other friends under the table hinted at a specific kind of demigod. Still there wasn’t any proof so he kept his suspicions to himself but began to spend much more time with Dale.

Dale and Ike became good friends, but two untrained demigods in the outside world is never a good thing. It was long before they attracted something big, namely the chimera. It all happened very fast, one minute they were walking home from school the next Ike was lying in a pool of his own blood and Dale was crying next to him. When the monster appeared and charged them Ike had tried to fend it off with a bolt of lightning, the monster was temporarily blinded but it still knocked Ike down with one swipe from its massive claws. With his last breath Ike gave Dale the address for camp half blood and urged his friend to run. Ike stopped breathing. The chimera’s gaze fell on Dale and he ran. The chimera gave chase but he ducked into a building and attempted to lose it, the narrow corridors slowed the monster down, but it wasn't stopped. He ran out another door and threw himself into a taxi shouting the address for Camp Half Blood. The taxi drove at breakneck speeds but the chimera could sense him and it was never far behind. If it wasn't for the damage done by Ike it would have too. As it was Dale was barely able to reach the address, he threw his remaining money at the driver and ran towards camp. He reached his destination a few hours later.

When he got to camp he withdrew for a short time and didn't interact with the other campers. He stayed in the big house for this time. Things changed after he got claimed and he began to move on and return to his old self.

Retrieved from "https://camphalfbloodroleplay.fandom.com/wiki/Archived:Dale_Moor?oldid=1367076"
Community content is available under CC-BY-SA unless otherwise noted.