The quest for the missing belongings

Silent to most, Drake is shy and dislikes attention, and often appears grim and unhappy. He usually is untalkative and uncomfortable with strangers he has to talk to, or try to talk to him. However, those who get to know him, he's not as serious, and enjoys doing things just for fun. Unfortunately, that includes making fun of others and himself. He enjoys sneaking up on people and scaring them. He enjoys small, or large battles, and dislikes killing his enemies. Honor is important to him, and dislikes lying (except when it's necessary). He is often impulsive, and enjoys following his own path and finding things out for himself. He's easily annoyed, and has a tendency to hurt others when he is angry.

That was formerly. Now, his rage consumes him. His want is revenge, his victims are everyone who knows his name. He seeks revenge against his mother and siblings nigh constantly. Anything he says or does is part of his grand scheme to get revenge, and nothing will stop his master plan.

He is usually wearing a jacket (so he can hide his explosives), jeans, and a Camp H-B T-shirt. He also wears his necklace with Letum (disguised form) and his year-beads on it. He has blue eyes (sometimes gray) and brown hair.

Cares for loved ones (or friends, making him very loyal), and he can't face the past, he always seems to blame himself for everything that goes wrong.

Child of Athena, was abandoned by his dad at five, and he ran away to camp half-blood. along the way he ran into a pack of hellhounds. if it wasn't for a stray semi running over them as he ran across a highway, he would have never made it to camp. since then he has lurked in the shadows, living the shadow of others. his thoughts have turned to placing revenge on those who has caused him misery, his siblings have prevented this many times, making himself more frustrated and depressed. his current age is 17.

a strange sword with serrated edges with blue and black letters. the name of his blade is Letum (death in Latin). popular rumor says that he only got the sword by beating a Hephaestus camper in hand to hand combat, since drake won (by luck), and as the victory he obtained the sword from the camper. Another (and possibly true) myth is that Letum can change forms from a wrist blade, a normal (sword of Odin style) blade, and a necklace with a claw on it. Drake also has a bad habit of figuring out how to use any weapon quickly. he also has a number of explosives and supplies on him usually. A recent creation of his, is the hellchain. Its a chain that can be launched and used like a lasso, or a grappling hook. It can also be set on fire, since the chain has been enchanted by Elena. He also has The Mask of The Masked Man, and a common sword and sheath (celestial bronze, standard issue from the Athena armory).

Drake feels that few can be trusted. not even his half-brothers and half-sisters. he prefers to be neutral as Switzerland when it comes to allies, and looks out for himself. Due to being gullible, he always makes sure that a person is telling the truth before he believes him. On the flip-side, he is loyal to anyone he believes is his friend (this also has made him even more distrustful due to people betraying him).

Now, he Fights for Veritum Unitum.

It's here because I accumulated enough pictures. 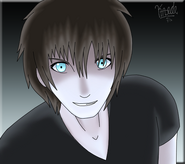 The Hellchain, or the best picture I could find... 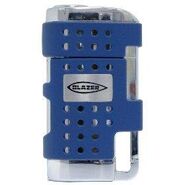 you stumble upon a folder in the Big House filing cabinets. As you look in the folder, you see the following images and descriptions

Retrieved from "https://camphalfbloodroleplay.fandom.com/wiki/Archived:Drake_Russell?oldid=1190021"
Community content is available under CC-BY-SA unless otherwise noted.