This character belongs to JediWaterBender

He's gentle, optimistic, and friendly to everyone he meets. He can be quiet at first when he meets someone, but never in a rude way. His smile is contagious and he loves to make people laugh. He spends a lot of time writing songs and playing the guitar his dad passed down to him.

Trenton Summers was a well-known musician. Even with all his fame, he never forgot his humble beginnings and was always kind and upbeat; never participating in celebrity drama. His positive music affected lots of people and he was adored by many. Some more for his good looks than music. Still, even with all the girls vying for his attention, he never found a woman he really connected with. That is, until he met Harmonia on tour. She was the most beautiful woman he'd ever seen and when he saw her after the show he immediately introduced himself and struck up a conversation. He fell in love with the woman's personality as well as her appearance, and their conversation led to dinner afterwards and brunch the next day in a cafe. He asked the woman to officially go out with him and she accepted. He continued on his tour, only encountering his love every once and a while, and missing her greatly. When the tour was over, he returned to the town where they'd met and went out with her to get a drink. This led to them eventually spending the night together. The next morning, Trenton had to leave for a meeting with his producer and left her without saying goodbye. When he came back that evening, she was gone and he never saw her again. It wasn't until a few months later that a baby showed up on his doorstep. He saw a note from his lover telling him she was a goddess, why she had to leave, and that the baby was their son, Everett. He didn't fully believe the goddess bit, but he accepted Everett as his son. When the people in charge of his career heard about the baby they were furious. They demanded he send it off to live with relatives and keep him out of sight because it would ruin his image. Trenton refused and compromised his life in the limelight to buy a small cottage in the country to raise Everett in, much like the farm he grew up on. Everett became a musician just like his father. He could play almost any instrument his father put in front of him and he had a great singing voice. He was educated at a small school in town, but never belonged. He was the star of his music class in every grade but couldn't focus in any of the academic classes because of his ADHD and dyslexia. He didn't make many friends, although he was nice to everyone. Strange things kept happening to him as well. Throughout his time as a freshman at Oakley High, he would always notice the janitor watching him and appearing almost everywhere he went. Even sometimes outside of school. Once, in his sophomore year, he even thought he saw him with one eye instead of two. He dismissed this and tried to never acknowledge the janitor. When he turned 17, he was convinced his issues with the janitor where behind him since he'd stopped making mysterious appearances. One day, he was alone in the music room, packing up his guitar, when the janitor came in and blocked the door. His only exit. He advanced towards Everett and he saw him for the first time for what he truly was. A cyclops, just like the ones he'd learned about in Greek mythology. He looked around for anything that could help him defend himself saw nothing useful. The cyclops was almost upon him when he reached out with power he didn't know he possessed and forced a state of peace on the monster. While he was influenced, the door opened behind him and the cyclops was quickly knocked out. Everett blinked in surprise as he saw his music teacher as a satyr. He escorted Everett out of the room and explained what had just happened, why he was there, and that Everett was a demigod before driving him to Camp Half Blood with Everett's guitar the only thing left of his old life.

3 Month After Character is Made 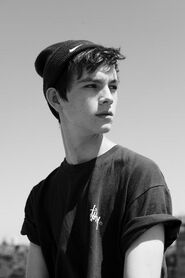 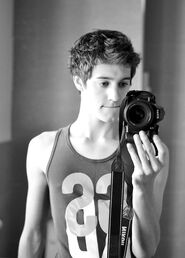 Retrieved from "https://camphalfbloodroleplay.fandom.com/wiki/Archived:Everett_Summers?oldid=1699597"
Community content is available under CC-BY-SA unless otherwise noted.