Ina used to be a bright, outgoing girl. Responsible and independent, she always was a parent's dream, but her own father didn't seem to notice. Still, she loved and cared for him. Her favorite thing to do was to make people around her smile, but all of that is in the past, or at least that's what she believes. Being held capative for a little over three years had a huge impact on her - she turned into a fearful, broken person, suffering from nightmares and PTSD. She's too scared to even talk, sometimes.

Ina was born to Sam Lynch and Persephone. Sam was a young and talented man and had always loved art. In 1994 he was working on a new collection of drawings called “Spring”. That was when the goddess of springtime herself visited him. He fell in love with her. But after a short affair that lasted a couple of weeks, she left him, only to return a few months later with the best gift she could have brought along – a daughter; their daughter.

Persephone explained everything before leaving; Greek Gods, demigods, monsters. She gave him a map to Camp and a gift for Ina – a necklace that could turn into a bow and arrows. Then, she left and Sam had to raise a child on his own. He wanted to be a good father for Ina, he really did. And, for the first few years, he was. Ina literally adored Sam. He was her best friend, the one she could trust completely.

Sam loved her, too. But he loved art more.

A few months after Ina’s eleventh birthday, her father started working a whole lot more, so much they rarely saw each other. Of course, he hired a nanny, but after Ina’s powers started showing a few years later, it was impossible for anyone to handle her. So, Ina ended up practically raising herself. There was always enough money at home that she could use to buy food, anyway.  Ina grew to be very responsible and independent and, even though she never really spent time with him, loved her father and cared for him. She made sure to have dinner for him and their apartment in Boston clean and tidy.

When she turned fourteen, her powers started intensifying and monsters found her way to her. Fortunately, her first attack happened when an older demigod that would later introduce himself as Hale was nearby. He killed the hellhound that was trying to kill the girl, and talked to her about Camp, and everything else. Ina knew that she had to go, and agreed to meet Hale at the train station the day after. But it never happened.

The night before she had to leave for New York, she packed her belongings and wrote a letter to her dad. The next day, though, while she was walking to the bus station to get to the North Train Station, someone knocked her out from behind. She woke up hours later, to find herself in an unknown vehicle, and the man she had met the day before, Hale, was driving. She wanted to scream, but her mouth was taped. She wanted to do something to escape, but she realized it was already too late – he had her tied. More time passed and they reached their destination.

And so, her nightmare began. She was held captive for a little more than three years, all this time being drugged, abused and raped every single day. Until one day in 2013, someone finally came to rescue her. His name was Adolf Biermann.

For years Adolf's father, a rich businessman, has been heavily involved in modern slavery, specifically human trafficking. He employs people to search around the world for children, teens and young adults, both guys and girls, that are easy targets for being taken. Sometimes the men pose as people trying to help the victims, sometimes they try and bribe them, but usually they, at the very least, have their victims marked out hours to a couple of days in advance, to monitor them and make sure they are vulnerable and alone/susceptible.

Adolf's father always knew the truth about who he had slept with, that she was a goddess, and he was always bitter that not only did she leave him, but that she left him with a child to care for. He never directly physically abused his son, but mentally and emotionally Adolf never had what some would consider a normal healthy childhood. When Adolf turned 12 and his powers started to present, Adolf had years already under his belt in trafficking, but the thought he'd be able to have a direct line to demigods, by sending Adolf to camp, the thought of getting back at the gods was over powering. For the next few years he let spend any holidays he wanted to at Camp in America, even started acting interested in his son's social life, but deep down it was only to get information about any friend's Adolf was making.

It was because of this that Topenga, a close friend of Adolf's was taken while she was back at home in Italy with her mother. When Adolf found out his friend had been taken, he was furious with his father, but he knew there was little he could do, his father paid powerful people to protect him, some Adolf suspected were even rogue adult demigods. After that he refused to go to camp, but instead found out where Topenga was being kept and went to her in secret as often as he could, eventually falling in love with eachother. Once she was sold, he found out where and managed to get her rescued without anyone knowing it was him. He had some money stashed and put her up nearby in a hotel, when he had enough money saved up the plan was to flee, but Topenga knew of other demigods being held captive, and told Adolf she wouldn't leave without trying to save as many as they could.

Working out a plan, along with the help of a satyr and some nearby nature spirits, they managed to get out 8 others, from there Adolf used his money to get them smuggled onto a ship and left for America, where they now have arrived safely at Camp. There, Ina got claimed by Persephone. 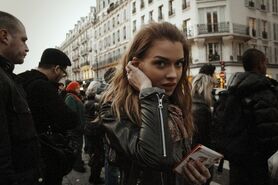 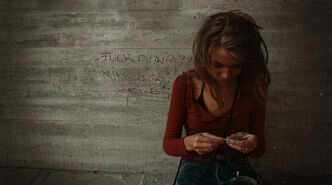 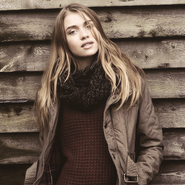 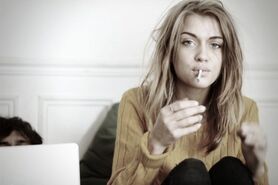 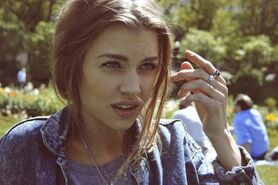 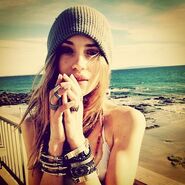 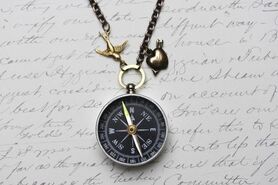 Retrieved from "https://camphalfbloodroleplay.fandom.com/wiki/Archived:Ina_Lynch?oldid=1697664"
Community content is available under CC-BY-SA unless otherwise noted.