Isabella is friendly, kind and all in all, a nice person to be around. She doesn't judge people on their looks, but on their actions. She's very loyal. She doesn't get angry much. However, if anyone so much as says her twin’s name, unless they are a trusted friend or member of her cabin, she’ll get angry. She’s a big fan of the shows ‘Doctor Who’ and ‘The Big Bang Theory’, and whilst she was growing up, ‘The Muppet Show’. She also LOVES the 'Keep calm and ...' posters.

Carter, a mortal who could see through the mist, met Themis in Hyde Park, London. The two clicked instantly. They started going out. A few months later, two beautiful girls were born. Themis explained she had to leave, and that she was a goddess. She told Carter that when the children were old enough, they were to be sent to a camp for children like them, and gave him directions. She gave Carter two swords, which when the ruby on the hilt, turned into a locket,and told him the children would need them when they were older. She walked out of the posh London house in Holland Park.

The two girls grew up getting everything they wanted, as Carter was a rich business man. Life was bliss. The two did everything together. If one went to the kitchen, the other would follow. Heck, if one went to the toilet, the other would wait outside the door for them. But one day, Carter came home with someone new. A woman called Kathleen. At first, she was kind to the girls. She introduced them to her son, and they were brill friends. When they were told Carter and Kathleen were getting married, the twins and Kathleen’s son, Mortimer, were excited. But after the wedding, Kathleen started being horrid to the twins. She shouted at them, made them let Mortimer play with all there things, and more. Around Carter, she was really kind, but only so he would stay with him. She was basicly a gold digger. She only married him so she was rich. And the only reason she was kind to the twins at first was so they wold trust her.

Two years after all this, when the girls were 12, they had there first monster attack. The two were walking home from a posh shop with there father, when a hellhound attacked them. Carter, who had listened to Themis/Hecate/Persephone, had the swords in a pocket under his jacket. He took them out, clicked a ruby on the front of each locket and threw the swords to his kids. They did the first thing that came to mind. They tried to stab the hellhound. At first, they failed. But after a long fight, they killed it. There father quickly took them home.

Carter pushed them into his office, and explained who there mother was, and that they were demigods. He gave them each a locket, and told them how to use them. He then told them to go to bed.

The attack had a large affect on the children’s lifes. They would never go anywhere alone. When they saw something that even vaguly looked like a monster, they would get scared. Eventually, they started being homeschooled, as they were too scared to go out. There father taught them maths, english, science and humanities, and Kathleen (reluctently) did music, drama and design and tech with them. Mortimer still went to school. This went on for three years. At 15, the girls had never once been outside since the attack. Isabella decided they should go outside, to explore all the places they had once loved. At first, Rosa was scared, but after Isabella reminded her of the swords, she said she would come. They told there father they wouldn’t be going to far, and they would be safe. He told them to take care, and not to stay out to long. They ran out, and looked at everything. As they hadn’t been out for so long, they had forgotten lots about the outside world. However, there happiness wasn’t to last. Rosa, who was so happy she was dancing in the streets, ran into the road without realising. Isabella, saw her, and tried to run and get her. But it was to late. A car hit her, sending her flying. She flew over the car, and hit the road. Blood started trickling onto the road. The car stopped, and the driver ran out and called 999. Isabella’s family ran out of the house to see what all the fuss was about, and saw Rosa’s body. All the cars nearby stopped. A huge crowd formed around Rosa’s dying body. Isabella shouted at everyone to move. An ambulance came, and took Rosa, Isabella and there family to a neaby hospital.

An hour later, a man came to the the family. He told them Rosa hadn’t made it. Isabella started crying. Carter put an arm around her, and hugged her tight. Isabella refused to bealive it. She ran to find Rosa. She was convinced it was a trick. She thought Rosa would jump out of somewhere, and hug her tight, and they would go home and be happy. But she was dead.

Carter decided he didn’t want to loose his remaning child. He still rememberd where Themis had told him where camp was. He told his wife and step-son he and Isabella they were going to go to NY for a week. She was angry he wasn’t taking her and Mortimer, but she hid her anger. He packed everything for her, and they got on the next plane to NY.

Carter lead her to Camp, where they were faced with another hellhound. Isabella knew what to do. She clicked the ruby on her pendant, and attacked it. She killed it easily. Carter hugged his daughter, and left. She walked into camp. 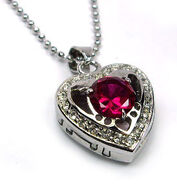