Ishtar is capable of accepting responsibilities and do so willingly. Others expect her to be dutiful as a matter of course. She tends to get angry when people get rewards after not having worked anywhere near as hard as her. She is goal-oriented and an achiever by nature—she is proud of the tangible results in her work. She is not a fast worker, but she is quite thorough. She is known for being totally persistent, tenacious and tireless in reaching her goals. However, she can also be reckless and insecure. At times, she tends to have an annoying tendency to be self-righteous and preachy about her beliefs. 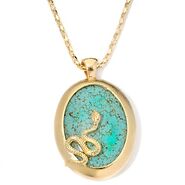 Ishtar's mocking bird, Loud
Add a photo to this gallery

Relationships
Retrieved from "https://camphalfbloodroleplay.fandom.com/wiki/Archived:Ishtar_Nocturne?oldid=1315237"
Community content is available under CC-BY-SA unless otherwise noted.