Jalus is a very timid and shy person. He doesnt like to talk to people, and only talks to very good friends for a long time. He does get uncomfortable around strangers. He likes to do the right things and excel in things, but is sometimes nervous to show of his skills. He i very intelligent and friendly.

Iris met Cain Pettit when he was walking around Rainbows End, an amuesment park, with his little boy Jeff. Jeff's mom died giving birth, and Cain was trying to move on. Cain ran into Iris, was polite and said sorry, and they started to talk more. Eventually they started to date, and eventually Iris became pregnant. Iris gave birth to Jalus, told Cain who she really was, and explained she had to leave. After she was gone, Cain had trouble dealing with two kids on his own. Cain struggled to try to keep the family together. Cain was a clerk at a local Walmart, which did not pay for finances. To make matters worse, Jeff was diagnosed with Brain Cancer when he was 11, when Jalus was 6. Jeff died two years later, which made Cain go into a depressed state. Cain eventually killed himself, and Jalus was put in an orphanage, where he was eventually adopted. There was this clear-sighted daughter of Mnemosyne named Tiana Davis who, after seeing how a lot of demigods' histories were like before Camp, had a mission to adopt as many orphaned demigods as possible. She got her friend, a satyress, to accompany and, in a year, found five demigods; Deiondra (a daughter of Dionysis), Pyron (a son of Hephaestus), Mortimus (a son of Hades), Harley (a son of Hermes), and Jalus (a son of Iris). Although she had big plans and good intentions, Tiana soon found a problem; money. Having a job as a librarian didn't pay her much and they were forced to move to a small house in a bad neighborhood, which they only got because the landowner had pity. Although they barely got by, the family was happy and content. As Jalus grew up with his family, he started to develop feelings for one of his new siblings, Harley. Jalus did not want to show his feelings, because he did not know how everyone would react. Everyday he would flirt with Harley, and would always desire attention from him. Would Harley would do the slightest things like laigh at his jokes, tickle him, poke him, or any other playful thing Jalus would get butterflys and blush. He eventually came out as gay and having a thing for Harley, and no one cared about it. They did not judge him for his likings. Unfortuanely, winter soon came and brought cold into the household. Although freezing, they decided not to risk using the gas for it had a lot problems. One day, it hit below 0 Fahrenheit and they were forced to turn up the heat. Sadly, there was a gas leak and the entire family died in their sleep. Their parents, having pity for them, decided to bring them back as nymphs and spirits in return for not being able to help them earlier. They sent the children to camp, where they currently reside. 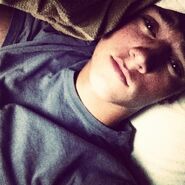 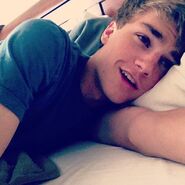 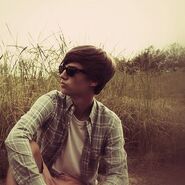 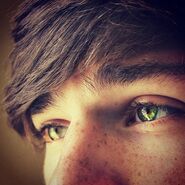 Retrieved from "https://camphalfbloodroleplay.fandom.com/wiki/Archived:Jalus?oldid=1661405"
Community content is available under CC-BY-SA unless otherwise noted.