This character belongs to MissFortune97

Daughter of the Earth

Jasmine is nothing if not cheerful. She smiles, do small talks and even jokes around total strangers, a sign that she is really comfortable with anybody. She is not easy to annoy but there are times when her patience is not that long to wear. She is the type of person who forgives but not easily forgets. But above all these, Jasmine is the kind of person that will comfort, console and brighten up other people’s day.

Nate Reyes was an agricultural scientist whose specialization is crop genetic engineering. He owned a large farm in Laguna, Philippines, a land he inherited from his parents, where he planted his genetically-altered and improved crops. One day, when the day of the harvest came, Nate saw a beautiful lady with gentle brown eyes wandering in the fields. Drawn by the lady’s charm, he followed her and asked for her name. She said that her name was Demi and she lived in a place near the hot springs (Los Banos).

Nate was so mesmerized by Demi’s charm and he was more drawn to her when the latter proved that she is really good with crops- their types, needs and conditions. She also expressed that she admires Nate’s advocacy of improving crop health and quality for his countrymen.

Demi and Nate met for several weeks and they spent their times together wandering the fields and hiking up Laguna’s numerous mountains. One afternoon, the rain fell unexpectedly while the two were on the fields. The two rushed to a grain storage to be sheltered from the storm and they did “it” in the bodega.

After that encounter, Nate never saw Demi again so he thought that maybe she regretted what they did. Nate felt down for months but after some time, a baby on a wicker basket arrived at his doorstep with a note saying: “She is our daughter, Nathaniel Reyes. Please always keep her safe for me. Our little girl here is a Greek demigod and different kinds of peril awaits her and so, you must protect her with all you can. Give her the dagger when she reach 13. Love, Demi”. The man was dumb-founded after he read the note. He had always believed that stuff of Greek mythology were just from the creative figment of writers’ imagination.

Nate glimpsed at the baby in the wicker basket. She was fast asleep and surrounded with jasmine flowers, the flower she first gave to Demi, and a bronze dagger engraved with the inscription “αφθονία” (afthonia). When the little creature opened her eyes, her eyes were as brown as her mothers and Nate had no doubt that the child was really his. “I’ll call you Jasmine, the symbol of my love to your mother,” he said. Little Jasmine smiled up at him as if she agreed with what he said.

Jasmine grew up in the fields. She was the reason why her father learned how to smile again. Even at a young age, Jasmine showed interest in plants and music. Her father would spend the weekends with her singing and wandering the fields.

One night, when Jasmine was just around three, her father went out of the house to attend to an emergency call from his workers. Nate, believing that Jasmine would be safe for she was asleep and the door’s hard to open, left immediately and so Jasmine was left alone. When the little girl woke up, her father was still out and she saw a celestial bronze blade in the form of a sundang, a bolo knife as long as a sword, resting atop her bedside table. Out of curiosity, the little girl went to get the blade. Though the blade was a little heavy, she was able to haul the blade to her bed. She unsheathed it and was fascinated by its glimmer. The blade felt cold then warm to her grip. She immediately felt her "connection" with the blade.

Not long after, Nate saw her little girl, out of the trick of the mist, holding a long piece of stick that looked so old and asked her how she got it. She told him how and he laughed when she said that it was sharp. She stood up in her bed and held it so high above her head, declaring it her weapon.

"Dear, an old stick would do you no good.It's blunt, dear," he said, laughing at what he thought was his daughter's imaginary weapon. "Darling, why don't you just throw that and I'll buy you a better sword."

"But Dada, I want this!" she pleaded and her eyes began to swell. To prevent her from crying, Nate finally agreed that she could keep it but when she fell asleep, Nate secretly threw the blade out of the back door.

When Jasmine woke up, she immediately went looking for her "toy". Her father said maybe she misplaced it and so she began to search frantically. When she wasn't able to find the blade, she felt down but when her dad tell her that they'll have a stroll in an amusement park, her young mind immediately forgot about theblade

When she reached schooling age, she was sent to an expensive school in Laguna, the same school where his father went to. Her teachers found out that she was dyslexic but her father insisted that she still resume normal schooling. After graduating from elementary, her father decided to let her stay at home and be tutored.

One day, 3 months before she got to camp, Jasmine was alone one Sunday morning. Though it was a weekend, her father was in his lab in the field, watching over a crucial experiment on rice grains. Jasmine decided to spend the day recording and experimenting on different music compositions she made. While on her ukulele, she saw a huge black dog sniffing its way around the lawn. This same dog has been doing the same thing for a while now so she’s getting used to its presence.

However, when she met the eyes of the dog, chills came running down her spine. In a flick of the eye, the black Labrador retriever transformed itself. In an instant, the dog’s tail became long and curled upward with the tip pointing down, dripping some violet liquid that wilted the grass where it fell. The front legs became two huge pincers and the hind legs became six jointed legs.

Jasmine felt terrified but her fright grew when she saw that the creature was coming for her. The monster was moving towards the house. Because the side of their house were decorated with climbing plants, the giant scorpion was able to climb up the wall and reach the balcony where she was staying.

At first, terror paralyzed her but when her reflexes kicked in, she made a run for the back door. For a creature its size, the giant scorpion was moving slightly fast and if Jasmine wouldn’t run fast, she’ll be scorp-food in no time.

After exiting the back door, Jasmine sat behind a thick bush and began to think hardly. She tried to think of the weaknesses of a scorpion that she heard from her science class. Scorpions, as she recalled had an exoskeleton so strong for its size that animals it size couldn’t crush it. Since the scorpion was as a big as a dog, she’s pretty sure the creature’s armor would be invincible. However, Scorpions are jointed insects, meaning their whole body is just a patch of exoskeleton with soft insides. She smiled, realizing that scorpions have literal chinks in their armor. But the relief of having found the monster’s vulnerable spot was replaced by a new dilemma: she had nothing sharp to kill the monster.

She almost slapped herself for having forgotten the bronze dagger her father gave her but that wasn’t the time to contemplate on something she forgot. She need to be resourceful. She need to be resourceful or else no one knows. She saw the giant scorpion creeping towards her and she saw a long stick about 2 meters long. With the stick, she poked the scorpion on one of the gaps in its skeleton but because the edge was blunt, nothing happened. Worse, the scorpion became more eager to make Jasmine its lunch.

Jasmine stumbled backwards in fear, and her upper body went through the bush. When she fell, she felt something hard and cold under her and based on its shape, she knew it was a blade, a long one. Oddly, she felt a familiar feeling when she took the hilt of the balde, the same feeling of "connection" she had when she was three. When she emerged from the bush, the scorpion was already near her. Out of panic, she stared at the vines on the side of their home as if asking it for help. To her surprise, the vines moved and bound the giant scorpion. The vine restraint grew thicker and thicker, stopping the monster from moving. Jasmine seized the opportunity and slashed the monster, changing it to monster dust.  Out of relief, adrenaline and exhaustion, she blacked out.

When Jasmine woke up, she saw her father watching over her anxiously. She saw the blade, now recognizing it as a sundang, lying on a chair near her. She recounted what happened to her father and though the latter was reluctant at first, he allowed her to keep the sundang.

After the incident, Nate decided to tell Jasmine the truth about her mother and that she was a demigod. To relieve his daughter’s trauma, they decided to take a vacation on Manhattan, New York, on one of his cousins there. During their 2nd month stay at Manhattan, a mysterious visitor arrived. He was limping and walks with the aid of a crutch. The guy was about Nate’s age and asked him to talk in private. Mystery man told Nate that he was a “guardian” and that he would take Jasmine to a place where demigods are safe. Nate doubted him and asked him to reveal his true identity. The mystery man removed his fake shoes and showed his hooves, a proof that he was a satyr, protector of demigods.Nate's immediate reaction was shock  reluctantly allowed her daughter to go and told her to be always careful. Jasmine, understanding the risks if she’d stay with her father, went with the satyr, Grant.

On their way to what Grant called “Camp Half-Blood”, the two encountered a bunch of giant scorpions when they were almost at camp. Because there were two giant scorpions this time, they were almost defeated. Grant busted some ninja goat moves while Jasmine slashed with her blade. They were able to defeat the monsters but before Grant could kill the last monster, the latter stung Jasmine and because of its poison, she collapsed. Hurriedly, Grant carried her to the camp’s infirmary where she was treated. She woke up three days later. 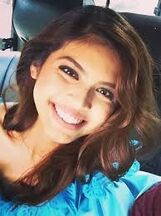 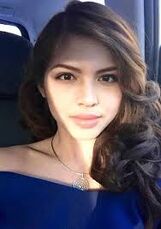 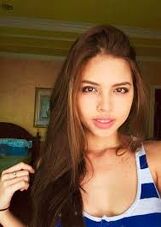 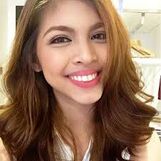 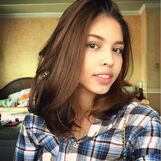 Retrieved from "https://camphalfbloodroleplay.fandom.com/wiki/Archived:Jasmine_Reyes?oldid=1660269"
Community content is available under CC-BY-SA unless otherwise noted.