a frosty blue eye and a deep hazel brown eye

red hair that is about shoulder length

no one in paticulare at this moment.

Camp half-blood and someplace in Oregon (US)

s   somewhat crazy and inventive  and is just about as tomboy as anybody could get with a good chance to blowing something up ro wrecking a havoc  using something that she made also is as enthusiastic about getting into a fight as a son or daughter of Ares. 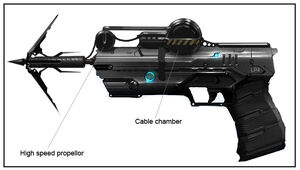 Sidney Rigg met Jeremy Chrome at a SCA Tournament and both being blacksmiths traded ideas and eventually later went out to dinner and it a few months later they got married and a had a baby son which they named Jonathan. About a year after a accident killed Jeremy and left Sidney in a mental breakdown she eventually got over a having lost her husband, and about the same time friend (Harry Lenning) of his came over who had just gotten the news of his death he also brought a toy for the boy he came over often after that and started to stay over for the nights which even though Jonathan didn’t know what was going on he did realize that the nightly crying had stopped and was replaced with other noises from his mothers room.

A few moths past and Sidney became pregnant and Harry Lenning disappeared leaving a note with an explanation and a box which he told her to give to his child which she becomes a teenager and explain everything to her when she does but not before. Years past and Sidney never got into an relationship with anybody again but was the most capable blacksmith around and was able to keep her family fed and healthy even though she would get into stress often. While growing up Jennifer who prefers jenny was always in the forge watching her mother work and later when she could helped when she first what to school she was targeted by some bullies for being a “freak” deciding to fight back she asked her mom if she could take martial arts after a few weeks of training she was able to beat the bullies with ease. Later she also took some other martial arts types and became black belt in 3 and was mostly through with a fourth by the time she was ten working in the forge alongside her mother she learned how to make several things including weapons and armor for SCA. She joined SCA at 8 and by the time she was big enough for her mother to let her fight she could wield several different swords both two hand and single handed and preferred using a clamor or bastard sword. She was still deemed freak by most everybody at her school but not where she could hear it also she hardly ever got good grades since she was usually fidgeting and creating things with school supplies or things she brought herself half of which were typically made in the forge.

Jenny's godfather Agmund Völsung a stage magican and a pratishioner of Seiðr (wikipedia ) and knew the existence of several difrent panthions (greek norse egyption and others). Sencing non human powers in jennifer he gave wards to keep her safe from harms of all sorts this lead to monsters not detecting her for a very long time. Having covered the house in protective charms which were allot more effective than keeping a dronk/smoker/discust around  when trying to ward of the pearing eyes of monsters.

At the age of 15 she was just as much part of the local SCA group as anybody else being one of the top fighters there and being almost too active for her mom and (half) brother to handle she also kept the knife which had been in the box which her father gave to her mother for safe keeping. During a an event someone who took the costuming a bit to Sirius and had dressed up as a the minator charged at her stepping to the side she grabbed the man and flung him onto the ground by the horns getting up and bellowing he charged at her again feinting a sidestep than stepping the other direction and bring ing the flat of her blade right into his stomach the man charged by as if mothering happened even though the hit would have made any human buckle in pain this was staring to get Jenny on her nerve. Her mom never actually told her what she was just gave her the dagger’s box (with the dagger in it) when she tuned thirteen and told her that her father wanted her to have it. Since the sword didn’t have any effect on the man and it appeared he has trying to kill her she pulled out her dagger and waited for him to charge her again, when he charged again she drove the knife into his belly and flipped him over her shoulder and ran. A few moments later she looked back to see that someone had driven a bronze spear through it the man who was in his thirties or forties looked at her “I think there is some explaining to do”. Jenny later finds out he is a satyr who was watching for a demigods in SCA, and learns about everything else and is sent off to Camp half-blood.

Will add things such as completed quest later.

Children of Hephaestus have the ability to see each specific weakness in another person’s armor and are proficient at striking them in order to do the most efficient amount of damage.

Children of Hephaestus can become resistant to all types of physical attacks for a short time.

Children of Hephaestus are able to create a wall of stone, no larger than 2 to 3 times the size of the user, to temporarily blunt attacks

Children of Hephaestus are innately extremely resistant to heat and fire.

Children of Hephaestus are innately stronger and faster than others.

Children of Hephaestus are innately able to use any enchanted materials for use in weapons or armor; however, they are not as proficient with it as someone who would naturally be able to use them.

Children of Hephaestus have the ability to release heat from their hands in order to cauterize an open wound.

Children of Hephaestus are able to create a smoke screen that suffocates and hinders enemies for a short time, using it to either escape or do one sneak attack

These are in the Equipment section: Chainsword, Graphing gun & Automatic lock picker.

Electro-shoch shield: this for her case is a testing prop for better and more powerful things to come, it's a riot shield with an assortment of electronics and a few magical parts also includes a activation swich when the swich is on the shield produces a electromagnetic barrier which will screw up electronics and push around magnetic metals.

Flying sailboat: this aircraft is not meant for for combat it's 34' inlenght (I'll get more demetions later) meant for speed and requires wind for movement however with allot less resistance this boat can out match any sail boat in the water while it's flying for defensiveness purposes it has a mist enhancer which when activated will hide it from just about anything short of a god or powerful monster to regular humans it simply looks like an helicopter. when landed and not on water it simply sits upright using a gyro mechanism that uses magic to keep the boat upright if this is turned on while in flight the boat will be almost impossible to tip same goes for on the water.

she (the drone views it's self as a her) doesn't have any offensives capabilities she has allot of defensive ones including cloaking abilities, jamming equipment and a personal energy shield she also has a compartment which is filled with demigod sweat which she can spray out which will make a fake path for any monsters stalking the demigods that she is with this however is very limited amount and must be used sparingly, dirty demigod sock work well also though. There are a few things that I'll add later on too.

Description: Blue and white large doge sized robot which acts almost identical to a playful dog and speaks several different languages but hates barking since that degrades the speaker allot faster than a simple siren sound.

Why does the character have this pet: because she built him in the school robotics club

special abilities: knows lots of different human and electronic languages (most were copied from some vocal translators) FYI doesn't have ancient Greek yet or Latin and it prefers using Morse code or Binary.

Retrieved from "https://camphalfbloodroleplay.fandom.com/wiki/Archived:Jennifer_Chrome?oldid=1139780"
Community content is available under CC-BY-SA unless otherwise noted.