Juliet was once a good girl who was very well mannered but then made some bad decisions involving drugs and a large amount of sex she then transformed into a wild child, belonging to no one person, after she arrived at CHB she has tried to renew herself back into the girl she once was, though now she is a mixture of both personalities

Ryan Capplin was a successful lawyer engaged in an unhappy marriage. One day he lied to his wife saying he was having a "guys night" when he actually, by himself, went to a bar alone. He met (god parent) there and they engaged in a conversation which eventually led to an affair. When (god parent) became pregnant she rented a house near Ryan and every Sunday he would have another "guys night" and would go visit her. When she gave birth and told Ryan that she was a god and could not care for Juliet he finally had to tell his wife the hard truth about his affair and that ended in a divorce. Ryan raised Juliet by himself telling Juliet that his previous wife was her mother and that she had died in a car crash shortly after she was born.

Juliet's childhood was very normal. Her father pushed her to do her best in everything she did so that she wouldn't make the bad decisions that he did. When Juliet was 13 Juliet was home alone and she heard strange noises from downstairs, as she was in her room at the time, and looked out of her window to find a black van parked outside of her house; the driver was still in the car and she swore that he only had one eye. She quickly called the police and lept out the back window and ran but by the time they arrived the burglar was gone and her house was ransacked. After that attack he did not spare anytime getting her to CHB.

Throughout the years she stayed in camp through the school year and left during the summer. Her summer whe n she was 17 was wonderful, doing normal summer activities with normal people. Though it eventually started to fall apart. She was eventually lured into various different drugs. She started to "whore around" having sex with any man she deemed 'attractive'. She eventually dropped out of college and ran away with a classmate Jeremy. There relationship did not last long after he was found dead walking to their apartment in LA. She began to be something of a prostitute, except she didn't take money. She would find herself waking up every morning in strange mens houses.

Upon hearing this her father, not approving, made her vow to never go outside campgrounds again. 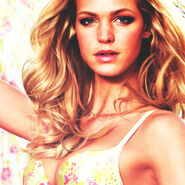 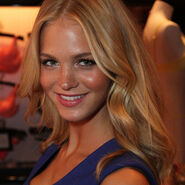 Retrieved from "https://camphalfbloodroleplay.fandom.com/wiki/Archived:Juliet_Capplin?oldid=1575430"
Community content is available under CC-BY-SA unless otherwise noted.