Kai Genova
Daughter of Poseidon
(This Character Belongs to JediWaterBender)

She is quiet and has a logical outlook on life. She would rather read a book than socialize with people, which makes people label her as shy until they get to know her. She can sometimes be too pessimistic when she gives her opinion since she always considers every outcome. She is very protective of her close friends. Her fatal flaw is not having enough confidence in herself.

As far back as she could remember, she had been an outcast and didn’t have any friends. She didn’t exactly know why, but even from a young age she knew she was different from everyone else. Every day after school since she was 5; she would sit in the library by herself and read for hours, until her mom got off work. Her mom didn’t like to talk about her dad, since it always caused her sadness. She just told her that he had been a good man and had been in the NAVY and was lost at sea very soon after she was born. One day when she was 10, a boy with a strange limp came into the library. She hardly noticed him until he came and sat beside her with a book in his hands. “Do you mind if I sit here?” he asked politely. She shook her head and went back to her book. A few minutes later she glanced back over at the boy and the book he was reading. “That’s a good book.” She said quietly. The boy looked up with a smile. “I know! This is the third time I’ve read it!” “I’ve read it four.” She said with a blush. “My name’s Oscar, what’s yours?” “Kai.” she replied. After that, the boy continued to come to the library a few times a week and he became the closest thing to a friend she’d ever had. They would discuss favorite books and authors, and their talks began to be something she looked forward to every week. She avoided talking about his strange limp and he avoided asking about her friends, since they were sensitive topics. As she grew older there began to be strange people that would come to the library. She would often glance up to see one of them staring at her, but figured they were looking at books and it was just a figment of her imagination. She was looking for a new book to read while waiting for Oscar to arrive when she heard a hissing noise behind her. She turned to see a creature she’d only heard of in the library’s Greek Mythology books; a dracanae. The dracanae licked its lips hungrily and began to slither closer. Kai looked around for help but the few people in the library appeared not to see the giant snake monster. Then she caught sight of Oscar walking through the entrance. He turned and his eyes widened when he saw her. He ran as fast as his limp allowed and pushed a bookshelf on top of the dracanae. While it was buried Oscar dragged her over to her mom. Her mom nodded and handed Oscar her car keys. Oscar ran with Kai outside and told her to get in the car. He explained that she was a half-blood and that he was a satyr who had been assigned to watch over her, and when needed; take her to Camp Half-Blood. When they arrived she was claimed by Poseidon and has been living in the Poseidon Cabin with her half-siblings ever since.

Her favorite books are The Chronicles of Narnia, The Lord of the Rings, and The Hunger Games

She is a cat person

Her favorite color is turquoise

She is allergic to peppermint

Her birthday is January 26; she is currently 15

She can ice skate fairly well, due to a few lessons she took as a child

A few of Kai's books 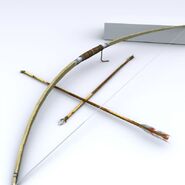 Kai's dress for the Ball 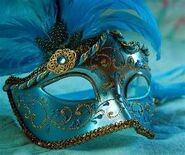 Kai's mask for the Ball

A picture Walter gave her
Add a photo to this gallery

This is Kai's cat Dawn. She was given to Kai by Melania before she left camp.

Retrieved from "https://camphalfbloodroleplay.fandom.com/wiki/Archived:Kai_Genova?oldid=1699610"
Community content is available under CC-BY-SA unless otherwise noted.