Kenzie is probably the happiest person you could ever meet. It's almost impossible to spot here without a smile on her pretty face. Her laugh is just so sweet and genuine, it can warm hearts in a snap. Much like the animals she protects, she is very playful and loves to be around people. She is also very childish at times, but she doesn't care. It's just the way she is.

For years, the gods and goddesses have watched on while the humans developed through the years, as they advanced both personally and technologically. Lately one thing has become quite clear to them; humans have a habit of being very irresponsible when it comes to their environment and the animals that reside within that environment. They came to a decision, fearing for the safety and longevity of their sacred animals, they have decided to create a special group of nymphs to help protect their sacred animals. These nymphs’ life forces are each attached to the animal they are a nymph of; if that animal becomes extinct, the nymph will die. The gods considered the fact that here are thousands of animals and creatures that roam the earth, but not wanting to over extend their powers, they have decided to only concern themselves with the animals that are sacred to them. 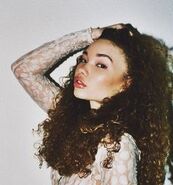 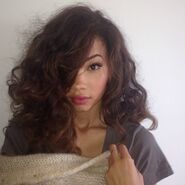 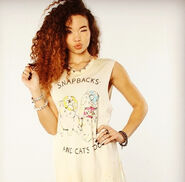 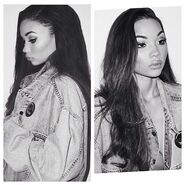 Add a photo to this gallery
Retrieved from "https://camphalfbloodroleplay.fandom.com/wiki/Archived:Kenzie?oldid=1581850"
Community content is available under CC-BY-SA unless otherwise noted.