She is the sweet and caring younger sister of Crisostomo. Sometimes, when his brother did something rude, she would apologize for him. She is quite shy when it comes to strangers but when she’s already close to someone, her timidity would go away.

Zeus and Hades were watching a Greek role play together. They saw this beautiful theater actress named Susan Mendoza. Hades told Zeus he liked Susan but Zeus liked her, too. Zeus felt the need to act ahead of Hades. He had to capture Susan’s heart before Hades does. After the show, Hades went on his way because he had some things to do. Zeus stayed and grabbed the opportunity to go to Susan. He went backstage but instead of walking in to talk to her, he saw a dramatic scene. Susan was stopping her boyfriend from leaving her but she did not succeed. Right after Susan’s boyfriend left, Zeus came in and comforted her. He invited her to drink with him at a bar nearby. She took the offer and drank with him. Susan was so drunk when Zeus brought her home. They stayed together that night.

Crisostomo was 5 when Lailani was born. Susan’s family also knew about her two children but she tried to hide the truth that she wasn’t married. She already got Crisostomo back. She told her family that her husband just went to another country to work. Now she had to find a real husband. She met a doctor named Ramon Felipe and finally, she was married. Thankfully, Ramon loved her despite her past.

A year later, they moved to America because Ramon was assigned to one of the hospitals there. Susan suddenly remembered what Hades warned her about getting the kids to camp. She wanted to keep them safe. But she was just too confused.

Lailani turned 6 and she was diagnosed of the same condition as Crisostomo, ADHD and dyslexia. (This was also the year when Ramon and Susan had a baby and named him Mico—another half-brother) She wasn’t also treated well in their school. She was always caught talking with someone who wasn’t visible to mortal eyes. Her classmates called her crazy.

Crisostomo had finally turned 11 and Lailani was 6. Susan felt nervous for some reason she didn’t know. She finally felt the urgency of Hades’ instructions of bringing her children to camp. She needed to tell the kids the truth.

Another day came and she went to the kids’ school to pick them up she finally told the kids that they were only half-siblings. While on the way home, she saw monsters lurking and sniffing the air. She couldn’t believe her eyes. They were almost everywhere but the people do not look like panicking. Susan had the gift of seeing through the mist. As they reached home, she quickly packed the kids’ stuff and told Ramon to drive them to Long Island. When they were on their way, a monster thrashed their car and sent it flying to the side of the road. Ramon, along with Susan, Lailani and Mico, were unconscious but Crisostomo was half-awake. When the monster was about to kill him, a satyr came to the rescue. Only Crisostomo was sent to camp. Susan gained her consciousness a bit. Ramon and Mico weren't breathing anymore but Lailani was. She looked for her phone and called for an ambulance with her final breath.

Ramon, Susan and Mico had already died and Lailani was sent to an adoption center. For five years she stayed there hoping to see her brother again. Crisostomo spent 5 years in camp training then he went out to find his sister a year later. He finally found her when she was 12 and he was 17. His arrival was right on time because Lailani almost got killed by a minotaur. Together they fought it and finally went to camp. 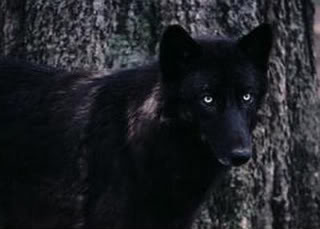 Height: as big as a van

A few months later when Lailani first arrived at the adoption center, there was a forest near the area and she found Diwata badly injured. At first it snarled at her but she tried to give it food to keep its mouth busy. It took her many times to do so. Everytime, it would try to attack her but there was something that held it back (perhaps it could sense that she's a daughter of Hades). Then she applied first aid to it. Everyday, she would escape her breakfast meal or lunch or dinner and give some to Diwata. Sometimes she plays with him. (Yes, it is a he. For Filipinos out there, yeah a name that means fairy sounds a girly name but Lailani didn't know Diwata was a 'he' and she loved fairies.)

Diwata was actually sent on purpose by Hades to serve as a gift for Lailani. Lailani was given a necklace when she was young, which was from Hades but he gave it to Susan to give it to her. Diwata had some sort of collar which has a pendant the same with Lailani's necklace. The pendants will glow when either of the owners are in danger. It's serves like a signal that either Lailani or Diwata is in danger.

Retrieved from "https://camphalfbloodroleplay.fandom.com/wiki/Archived:Lailani_Felipe?oldid=1503572"
Community content is available under CC-BY-SA unless otherwise noted.