The Pyrros Gang's Cheeky One

Lulu has a very bubbly personality that often attracts friends. She always wants people to think the best of her, and can't possible imagine anone disliking her.

Lulu was named after her mother. And her mother, ironic to her surname, was named after the stone. Lapis Lazuli was 15 years old when she met Eros. Lapis was on a date with her boyfriend at the zoo, and while he was in the bathroom, Eros took that time to steal Lapis' heart. Two minutes was all it took. Lapis never saw her boyfriend the same, and broke up with him that night. The next day, Lapis met Eros outside her house and took her out. They had a lot of fun together, perhaps too much fun. The next day, Lapis returned home to her petrified parents. They had been up all night looking for her. Lapis and Eros were the only ones who knew what they had done the last night, but Lapis didn't realize it was a big mistake. Lapis was grounded, but that didn't stop her from seeing Eros. He came to her bedroom window every day for a week, until one day, when he told her it would be is last. She was mortified, and she didn't know what to do. Her grounding was over, but she stayed inside. By that time, she knew something was wrong, but it never crossed her mind that she might be pregnant. Her parents eventually found out, and after that, they wouldn't let her out of their sight. The baby was born when Lapis was 16, and her parents named their grandchild after their only daughter. Lapis nicknamed her daughter Lulu to keep out of confusion. Lapis went back and finished school, leaving Lulu with her parents. When she graduated, she spent every precious moment with her daughter before going off to college.

Lulu grew up in a healthy home, where nothing was kept a secret. she kept a good relationship with her young grandparents, she never lied, or cheated. They shared a lot of good laughs. Her grandparents' friends described her as "A pleasure" and everyone loved being around her. Although she was only 7, she could understand an adult conversation very well. Her mother graduated college later that year, and returned home just in time to celebrate Lulu's 8th birthday. Lulu was overjoyed to be reunited with her mother, and her mother felt the same. She had a gift for Lulu, and a surprise for everyone. She was getting married. She met her fiance, Michael, on campus, and they couldn't wait to exchange wedding vows. Michael was a handsome Aussie, who had originally come to the U.S. to study biology in high school but had stayed to attend college. They married later in the year, giving the flowergirl role to Lulu, who might have been a bit old, but she couldn't have been happier.

While Lapis and Michael went off to honeymoon in Hawaii, Lulu's grandparents took her to Disneyland. They returned home two weeks later to where they home had been, but was now just ashes. A huge storm had blown through and torn apart trees, and lightning had struck their house. Lapis and Michael returned from Hawaii and joined the pity party, all of them wondering what to do. Michael suggested his mother's property on Bainbridge, the island across from Seattle, Washington and they all flew out to look at it. A huge amount of property and open land, with beautiful scenery, close to the ferry dock. They built a house and finished the house a year later, and moved in. They lived in harmony all together, one big happy family. They had pets, and golf carts, sound systems, and even a swirly slide indoors, everything a kid could want. Lulu was spoiled, but she knew she was blessed deep down inside. She attended her first year of school in the 4th grade. She took the a long ferry ride every morning to school in Seattle, and made many friends. She loved school. Everything about it made her smile. She grew up with many friends.

One day when she was in 8th grade, she walked home from school to the ferry dock alone. before she arrived at the dock, she decided to stop at a nearby store to buy something for her mother. She had seen that morning, and felt a strange attraction to it. She entered the shop, and asked for the necklace. She heard a strange voice in her head to hurry up. The cashier picked up the necklace to scan it but jumped back like it had burned her. She hissed like a snake and began to transform into a weird creature. The voice inside Lulu's head got louder and louder, until it was almost screaming for her to pick up the necklace. She picked it up and it began glowing. She heard a noise coming from outside, and it was a girl, about her age. The girl yelled and threw two daggers at the creature, killing it. Lulu clutched the necklace and hid under the desk. The girl motioned for her to come out. She told her ner name was Arista Mireldis, and she was a demi-god, just like her. Aris also told Lulu that the creature was an empusa, out to kill demi-gods. She seemed impatient, and when Lulu asked her why, she just snaped at her. But she also asked if Lulu wanted to join her gang. Lulu agreed. She went home with the necklace and never spoke of the insedent to her parents.

Lulu was always different in the gang. While all the others were sarcastic, snappy, and rude, Lulu was the smiley, flirty, happy one. Of course she loved combat and always joined in on the gang's fights, but she was always happy about it. One day, when Lulu was 16, Aris was attacked by a hellhound, and it scared the fudge out of Lulu. She told her parents, and they decided she should go to camp to avoid attacks. She then traveled to camp with Aris and has been there ever since. 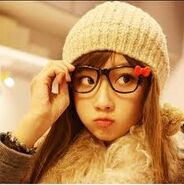 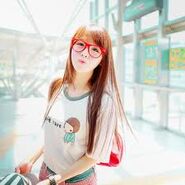 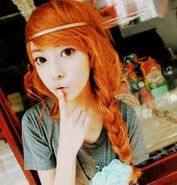 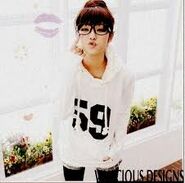 Retrieved from "https://camphalfbloodroleplay.fandom.com/wiki/Archived:Lapis_Lazuli?oldid=1383337"
Community content is available under CC-BY-SA unless otherwise noted.