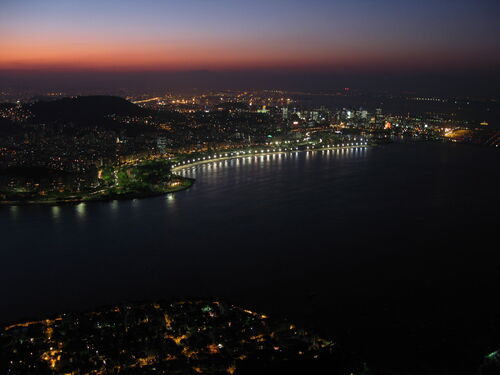 Asterick: Sighs, Well, let's get started, shall we? We need to get to Rio, right, and that's not gonna be easy...

Megara: I agree with your assessment, but I am curious child do you have any suggestion to make the task easier, or are you stating the obvious.

Asterick: Glares at Megara, Besides pooling our money and trying to buy a flight? No.

Jessamine: Comes up silently from behind Asterick.

Asterick: Jumps when Jessamine approaches and curses. Don't do that!

Megara smirk at seeing Asterick being surprised by Jessamine.

Jessminda: She approaches and gives the questors a distainful look and sighs Let's just get this over with, huh? And rules: don't get in my way and I won't kill you.

Dustin: Oh yes that scares us so much.

Jessminda: She just smirks I adore your bravery. Shall we crack on?

Megara: If there is nothing shall we depart to the Airport, or does everyone want to stay here fight amongst ourselves?

Dustin: Personally I think we should head to the airport.

They immediately went to the airport where they were able to get on a flight to Rio De Jeneiro. After a few hours they arrived at the city.

Asterick: Looks around. Wow, so, where shall we head?

Jessamine: Rio de Janeiro has chaged since i last visited. Not so much foolish pilgrims here....

Megara: Maybe we should head to place that one might look for sanctuary, or a place where one might confess the most gravest of sins, I believe I heard of monastery here that could fill that description, and this particular monastery is called Monastery of Saint Benedict of Rio de Janeiro. This is only my opinion, but what do the rest of you think?

Asterick: Purses her lips, As much as I hate to agree with you...that doesn't sound like a bad idea.

Megara: Then it is settled let us go to the Monastery.

The group then calls a taxi, and head toward the Monastery of Saint Benedict. As soon as they arrived at the Monastery, and they immediately exit the vehicle.

Asterick: Perhaps we should split up?

Dustin: Who goes with who?

Asterick: Shrugs, Well, one group of two and one group of three, I suppose, but I don't really care who I'm with. Then again....she glares at Megara.

Megara: There is no reason to split up, since all we need to do is to find one monk. Megara then points out all of the monks that are walking around the monestary. As you can see there is plenty of them around.

Jessminda: Great. Who speaks Portuguese? She raises her hand, smirking.

Jessamine: I do too.

Megara shakes her head as she walkup to a monk and taps him on the sholder. The monk then turns around to face her.

Jessminda: We should split up and talk to the other monks. Cover more ground.

Asterick: I'll go with you. she walks towards Jessminda.

Jessminda: She sighs Come along, then, kiddo. She walks down the hallway

Dustin walks off by himself looking at each monk before stopping to speak to one of them.

Asterick and Jessaminda pass a door on the left side of the hallway, and they can hear a strange noise inside.

Asterick: Shall we go in?

Asterick, Dustin, and Jessaminda come back into the main hall, and meet up with Jessamine and Megara.

Asterick: That monk over there told us to go to the favelas, see this local gang. I think we should....unless you found anything more interesting?

Megara: No we didn't find much information.

Asterick: Let's head to the slums then, unless anyone disagrees? she looks around.

Megara rolls her eyes, and begins to proceed to walk to the slums.

Asterick: Smirks, I'll take that as a no, starts heading towards the slums too.

Dustin: Follows Asterick So how are we gonna handle these guys when we meet them?

Asterick: Shrugs, I believe in the use of improvisation, so...unless anyone else can think of something better...

Megara: Well if they don't answer our questions we could always eliminate the problem, or force them to answer it if need be.

Megara proceeds to walk to the slums while the others tail behind and after a few momments they had arrived there.

Asterick catches up to her and looks around searching for this local gang.

Jessminda walks beside Asterick, sheathing and unsheathing her knives.

Asterick: Points to a suspicious looking group nearby, I think that's them.

Dustin: Can I cause you some mental fear?

Asterick: You mean them?? Please do.

Waves his hand, casting an illusion that makes it appear that everyone besides the gang and the team to dissappear.

Dustin: Now ladies do you mind if I transform you?

Asterick: Looks between Dustin and the gang warily, Transform...? Into what?

Dustin: Well that depends do you want get some exercise or flirting practice?

Asterick: Glares at Dustin then sighs. Whatever. Let's just get this over with.

Jessminda: I'm fine as I am... She tightens his grip on her knives

Dustin: Looks like you will be staying human, but unfortunately you can look like yourselves. Even though you are beautiful you will stand out to these guys so Snaps his fingers, transforming the girls to look like trashy prostitutes Now don't worry its only temporary.

Asterick: Grits her teeth and walks up towards the gang. Hey, you! She starts then remembers that she's been transformed, and winks at the members of the gang.

Megara: Does that mean you have to flirt with them too Dustin?

Dustin: Unfortunately no, I am plan B.

Megara: What is plan B?

Dustin: I transform into a large predatory animal and chase them.

Jessminda: She looks at her new appearance, appalled Dustin, I'll gut you after this...

Dustin: Yeah, yeah, yeah lets hold the death threats until after we find out about Lilith and Pagos.

A few members of the gang look over for a moment, eye the two transformed girls, and turn back to their conversation. Whatever they're doing must be important.

Asterick: Sighs, Looks like we'll have to get their attention. She walks over to them.

They turn and look at her threateningly.

Criminal: And who do you think you are?

Asterick: She smiles, I can be whatever you want me to be.

Jessminda: Listen, hon, we're just trying to find a girlfriend of ours. If you could help us out, we'd be happy to repay you...

Criminal: Laughs Sorry, we're all full up on whores, and we've got more important things to do than look for your little friend. He turns to his compatriots Come on guys, let's go somewhere else, the prostitutes around here are getting above themselves... and I don't think any of us want to go explaining to the Tajeros why two of their girls are missing.

Dustin: This doesn't look like its going well Walks up to the group of criminals and the two girls Girls girls Shimmer came back, and obviously this Looks at the group of guys with sneer of contempt trash doesn't know fine product when it is right in front of them.

Megara shakes her head while continue to remain out of sight at the seen before her and whispers to her self.

Megara: This is a disaster.

Jessminda: She nudges her and whispers I just want to gut them. Now.

Criminal: Stops to half turn to them. Look, whoever you're supposed to be, we're not interested ok? We don't need you or your street trash, now get out of my sight! Shooes them off and continues to walk away with the rest of his group.

Jessminda: Brilliant, Dustin. Brilliant. I say we split them up and interrogate 'em.

Megara: Megara then whispersd to Jessminda. Or maybe they just need to learn who really in charge here.

Retrieved from "https://camphalfbloodroleplay.fandom.com/wiki/Archived:Lilith%27s_Letter:_BC_Team_Five?oldid=1039221"
Community content is available under CC-BY-SA unless otherwise noted.