Transgender, Female, even though she looks male. She likes to address herself as female.

Bow and Arrow, Hunting Daggers, she carries a jar of beach sand with her, always.

Micah is usually very calm and relaxed. She likes to be left alone, and only wants to be bothered when it is necessary. She enjoys to hunt, and be in the woods. She also loves to be on a beach, and likes to relax there. When she is not relaxed and calm, she is very strict and rude. She is an excellent fighter, and almost never loses, if she has her bow and arrow. Even though she had her huntress powers stripped from her, she still has excellent aim, and still shoots well. She is a huge whore, and will sleep with anyone boy she can get her hands on, even though she was turned into a male. She does not like to keep a relationship, and immediately calls it off after she gets what she wants. She is very sociable, and loves to make friends, only if they are against the gods as well.

Euphomios was a regular man in Ancient Ithaca. He did not seem to raise attention to anyone. He did not break the laws, and was a very well known Good Samaritan. One evening he went down to the coast of the Ionian Sea, where he met a lovely woman. The woman, who was named Agnes, approached him, and the two started to have a wonderful conversation, which led to a more serious relationship between the two, and Agnes eventually became pregnant. Agnes then disappeared from Euphomios, and he never saw her again, thinking that he would not see his child either. A couple months later, a baby was lying on the floor of his house, with a note attached. The note read:"Euphomios, I’m sorry for leaving you so hastily, but it was necessary. I had no choice to. This is your child. Her name is Paralia. Take good care of her please. She is very special, and I am sorry for lying to you. My name is not Agnes. You’re Love, Psamathe Goddess of Sand Beaches."</p>

Euphomios knew then that his child was a demigod, and her life could be very dangerous. So to keep her confined, he moved to the outskirts of town, and built a house near the shore and beach. Paralia lived her whole life in this home, being confined from the outside world. Her father never let her leave the house; afraid she would be attacked and killed. Euphomios tried to protect her as much as he could, but when she was 13, she had her first attack.

Paralia had waited for her dad to go into town, so she could go down onto the beach and play. About an hour into her fun, she heard a rustle coming from the trees. She walked over to the forest, and when she tried to look into the trees, a huge black dog jumped out at her. She fell onto her back, and screamed. She scrambled to get up, but the beast had her down good. She struggled and screamed for help but no one came. The monster kept clawing and scratching at Paralia. She knew that she was not going to make it past this attack. The dog was about to take its final blow, when a wave came up and washed the dog out into the ocean. When Paralia looked up, she saw a girl come out of the ocean and run up to her. The girl asked if she was alright, and Paralia answered no. The girl picked Paralia up and ran away from her house. Paralia then passed out.

When Paralia awoke, she found herself in a little building, lying on a bed, with bandages all over her. When she tried to move, she was told to stop by a woman who was sitting in the corner of the room. She told Paralia that she was a healing nymph, and it was her abilities that saved her life. The woman also explained that she was a demigod, and she was at a place called Camp Half-Blood, a training camp for people like her. Paralia asked about her father, and the nymph told her that he had been notified that she was safe and at camp, and that it was best if Paralia stayed there.

Soon Paralia was released from the infirmary, and was claimed by Psamathe. Since Psamathe had no cabin, Paralia was placed in the Hermes Cabin. For nine long years, Paralia trained to be able to protect herself from dangers of the mythical world. Through this time, she made many friends, and was very popular at the camp. She was chased by many boys, but she never dated any of them. She had no attraction to them at the time, so she did not date at camp. One night Paralia was walking to the beach near the camp, like she did every night, when she was attacked by a group of boys from camp. They physically abused her and raped her, and ran from the camp. Paralia was left lying on the forest floor, until Artemis found her. Artemis healed the poor girl, and asked her what had happened, and once Paralia told her, Artemis asked her to join her hunt. Paralia agreed.

For hundreds of years, Paralia followed Artemis, and became an excellent huntress, but after thousands of years, Paralia started to have desires for men. So Paralia went behind Artemis' back and slept with a man from the town nearby their camp. Paralia loved the excitement, so she did this almost every time the group made a camp next to a town. Paralia had many partners, and never thought she would get caught. Until recently the thought of getting caught never came to mind.

The huntresses made camp right outside Las Vegas, and Paralia left to find her a man. To her luck she did not have to travel far. She met a wind spirit nearby their camp. Paralia talked him into having pleasure with her, so they had at it. About an hour later, Artemis appeared out of the woods, and found the two together. Paralia pushed the spirit off of her and begged for Artemis' mercy. Artemis could not believe that she had done this. Artemis asked how many times she had done this, and Paralia tried to lie, but Artemis did not fall for that. Artemis smirked, and screamed Psyche. The goddess appeared, and Artemis told her what she had in store for the two. Artemis wanted Psyche to punish Paralia, by taking the soul of the spirit and letting it free, and take Paralia's soul and put it in the spirit's body, because Paralia could not keep herself away from him, so she can be him. Psyche did as directed and in the next moment, Paralia was a male! Paralia got up and ran away from Artemis, weeping.

Over the next weeks, Paralia renamed herself Micah Daft, so she could have a more modern name and because it can be used as a unisex name. She also developed a deep hatred for Artemis and Psyche. She heard news about the Broken Covenant while she was a Huntress, so she started to look for their base. She eventually found BC members, who took her to the base, where she set out to join Ortu Justitiae. 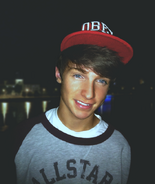 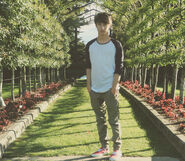 Retrieved from "https://camphalfbloodroleplay.fandom.com/wiki/Archived:Micah_Daft?oldid=1661369"
Community content is available under CC-BY-SA unless otherwise noted.