the so called "house" or Camp Half-Blood

She's a child of Ares, though she's not very friendly and she's always tries to control her temper. But don't think of messing up with her because she's going to kick your butt for sure. She's the type of kid that always wants tio punch someone in the face though she's really TRYING not to entangle in battles/conflict/fighting.

She's now a 15 year old girl that heighs 5'6 . She always let her long silver hair tangled. Her fiery red eyes seemed to be calm and peaceful but when it comes to battle you could see her desires to ruin/destroy/annihilate/wreck/trash/smash/and end everything in the battlefield. She's a beautiful girl aside from the fact that she doesn't show her face and only a number of people praises her.

Mikmak's mom, Julia Blair, was an exceptionally talented kick boxer. She won different titles and various underground street fights for money when she was a teenager until she got older. She met Ares on one of her fights that time. Ares was fascinated by her strength, skill, spirit and beauty. They dated for some time until Ares disappeared without notice.Julia was broken hearted but she continued fighting until her body couldn't take it anymore for her only daughter - Miklaze Makenzie or Mikmak.Maybe it's her way to escape the pain or maybe it's just her wanting to make a living out ofbrute fights for her daughter and herself to survive.

Mikmak was a great fan of her mother.As a kid, she was taught to defend herself and watched illegal fist fights of her mom and other scary dudes. She entered school but she wasn't interested in such, aside from the fact that she was diagnosed with ADHD, but her pushed her to keep studying because it's her dream to finish college but her family couldn't afford it so she resigned to being a fighter.As for Mikmak, nothing's more exciting than punching people in the face, to eliminate her un-kid-like attitude, her mother forbid her to watch her fist fights even though she continued teaching Mikmak kick-boxing(though Mikmak sneacked out once in a while to watch).But having the knowledge of self-defense helped Mikmak greatly, especially because she acquired a healthy and tough body.

Once, when Mikmak was 7, a huge dude with a single eye came inside the gym she was  training at with only a piece of gym shorts and tried to break her bones to pieces. Mikmak, as a kid, didn't exactly fought it one-on-one because there's no way she'll win that so she just outwitted the cyclops with some tricks of fighting styles and ran for her life.She told it to her mom but she just thought that it's the guy that kidnaps children around their neighborhood so she went to police to report it.But it was not Mikmak's first monster encounter: when she was 3, a harpy tried to steal her bread when her mom left her on their balcony.3-year-old Mikmak didn't let the lady-chicken to get her bread so she kinda punched it in the face(see? punching somebody's face is inborn), of course she was just a little kid then but the harpy went extra wild and tried to shred her skin alive. Thanks to Mommy Julia, who apparently cannot see through the mist, thinking it's a large bird, whipped it with a baseball club.

After some years, whe Mikmak reached 12, her mother got into an accident in one of her fights.She saw it with her own two flaming red eyes, a big muscular woman pummeling her mom to death and take note: it's a legal competition.To her, it wasn't an accident, it was definitely planned with a purpose.Naturally, the kid wanted revenge but she's just a child, what could she possibly do?

Her mom got stuck in the hospital in the state of coma.Since then, Mikmak did everything to gain money to spent for the hospital bills. She participated in tournaments for kids, she even became a champion in all of the competitions she entered but it wasn't enough.Her strength could be match with an adult so she tried the underground.Amazingly, she managed to win a lot of fights even though she beaten up when done especially when she loses...she still did it.Her life was too difficult for a girl but she made it through because of her mother.

Unfortunately(the word ain't enough but it'll do), when Mikmak was 14, her mother died in bed.She was torn to pieces and almost went insane.Almost.She thought the world was hell(or underworld or fields of punishment for that matter) and that there's no hope left for her.Alone in a cruel environment.The girl that was once full with spirit, strength, and smile that could lit up her surroundings disappeared and was substituted by a silent, unfathomable dummy that sees the world as a messed up adult.She was child no more.

Her manager, the one guiding her for a long time and was making her stay sane- a satyr actually, brought her to Camp in order to(hopefully) heal her wounds and see the world as it is before, again.There, she saw a lot of people just like her, a spark of hope illuminated inside her but she stayed being distant, being closed to herself, from others because she knew they'll leave her side when the time comes.

And there she was claimed by Ares, her dad. 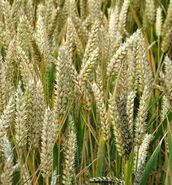 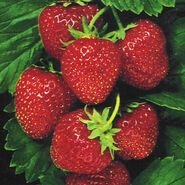 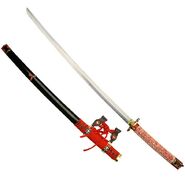 Double sword
Add a photo to this gallery
Retrieved from "https://camphalfbloodroleplay.fandom.com/wiki/Archived:Mikmak_Blair?oldid=1317597"
Community content is available under CC-BY-SA unless otherwise noted.