Mordecai is a leader. He always keeps a cool head in difficult and shocking situations. He is great with planning and carrying out the plan. However, despite his fantastic leadership skills, he is somewhat of a loner. He is calm most of the time. He's not much of a talker. In battle, he is couragous. Some consider Mordecai somewhat honorable.

Mordecai has dark brown hair with hazel eyes. His skin is light and his height is average.

Ruby had met a man in her early 20s at a drinking party. She had not remembered much of the party, as she had been drunk, so the details were fuzzy. A week later, she took a pregnancy test and found it was a positive. Thoughts raced her mind. How was she gonna raise a child by herself? Where would she get the money? What would she do? However, as months passed, she got used to the idea and was somewhat glad. In months, Mordecai Carder was born.

When Mordecai was 1, his home was invaded by a large Cerberus. Ruby heard the sounds of vicious growling. She hid Mordecai in a closet sealed it in any way she could. She got a butcher's knife from the kitchen drawer and attempted to fight off the monster. However, it was futile. The monster had killed Ruby. Fortunately, a man heard the Cerberus and killed it with a sword, saving Mordecai. The man had heard crying coming from somewhere, so he began looking around. He had seen that the monster had killed Ruby. He went upstairs and found that the noise was coming from the closet. After getting in the closet, he saw that it was a baby. He knew that he could not leave the baby. He decided to take Mordecai with him, to raise him.

The man, who was named Ray Patzer, raised Mordecai. He home-schooled Mordecai, and even taught him the art of combat. He taught Mordecai how to use a mace. As well as mental and combat lessons, Ray also taught Mordecai some moral and emotional lessons. Mordecai grew to view Ray as a father figure and cared for him. The two continued to live in the country with one another for years to come. One day, Mordecai awoken in the wilderness. He had no idea how he got there, until he saw a note taped to his mace. It was written by Ray and it explained that it was he who had left Mordecai in the forest. Mordecai felt betrayed, but only slightly. He had no time to linger in the past.

Mordecai had traveled through the forest for a while, never staying in one place too long. Mordecai merely traveled, not knowing how long it had been, not knowing where he was heading. He just survived. He killed monsters and animals in his path and ate them for food. One day, Mordecai came across a small camp which was inhabited by two people. The two looked like they had not eaten in days. When Mordecai spoke to them, they claimed themselves to be demigods from a camp. Mordecai thought they were delusional from being stranded for so long. Mordecai knew he couldn't leave them there to die. They agreed to follow Mordecai, though reluctantly. The three worked together, killing animals and eating them to survive.

It was a few weeks until they were near Ray's home when they were ambushed by a large hellhound. The three of them worked together and successfully killed the hellhound. They had finally made it back out of the wilderness where Ray was waiting. Mordecai walked over to Ray, asking why he would just betray him like that. Ray explained to Mordecai it was a test to see what Mordecai had learned. Ray stated that Mordecai had gone past Ray's expectations. Ray wanted Mordecai to use his skills to survive, but he displayed his moral and leadership skills by helping the demigods back to civilization. Ray explained to Mordecai that he (Ray) was a demigod, a child of the god Hephaetus and that those two demigods were telling the truth. He told Mordecai that he (Mordecai) was also a demigod too and it was time for him to go to Camp Half-Blood, a camp for demigods. A satyr came, smelling the scent of demigods. The satyr explained to Mordecai what he was and guided Mordecai and the two demigods to camp. 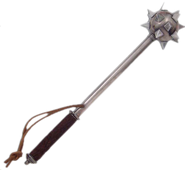 Mordecai's mace
Add a photo to this gallery 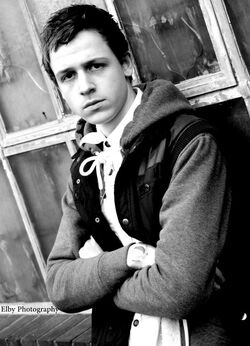 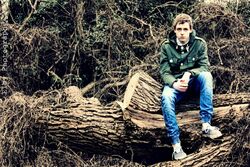 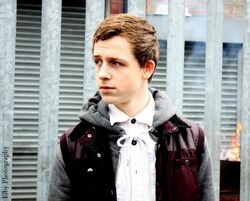 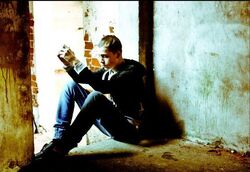 Retrieved from "https://camphalfbloodroleplay.fandom.com/wiki/Archived:Mordecai_Carder?oldid=1709750"
Community content is available under CC-BY-SA unless otherwise noted.