He is very fun loving a curious. He likes to run around and explore places. All around he is just a normal 13 year old kid.

Mark met Aglaea at a greek art exibit in Athens on his travels. At first sight there was a connection and for the next 3 months they dated until he broke it off because he had to leave greece. 9 months later Aglaea went to him carrying Noah, then explained she was a greek goddess and his son was a demigod. Also she xplained that he needs to go to camp half blood when the first monster attackes him. Mark took it very well and choose to go into early retirement to look after his son.

Noah grew up Berlin, Germany. He knew that his father had loved his mother very much but they couldn't stay togeather, so he didn't ask about her much. Noah was not spoilt, he was given only what he needed and not what he wanted which matured him at a young age but he never showed his maturity to anyone but his father. Then at age 13 Noah was attacked by his first monster.

Noah was walking away from school when a hellhound lept out of an ally way and ran towards him. On instinct he screamed and shut his eyes. But then Noah heard a thud and opened his eyes to see a group of girls holding bows. His eyes went big and Noah ran home thn told his father what happened. His father nodded then told Noah to sit down and explained who his mother was and who he was.

Noah took the new well but knew he has to go to camp half blood, that as when a knock came to the door and there stood on of the girls who had killed the hell hound. She explained that Artemis wished to take Noah to camp half blood, and Noah agreed. And a week later Noah walked into camp and was claimed to be Aglaea's son. That night after moving into his cabin Noah fell asleep and had a dream about Anglaea but cried when he didn't dream about her the next night. So he choose that he would become Agalea's Priest so as not to loose contact with his mother. 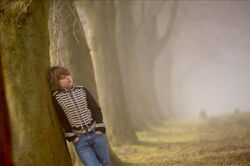 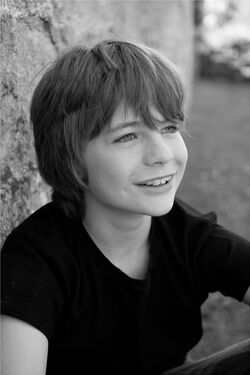 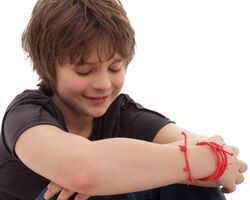 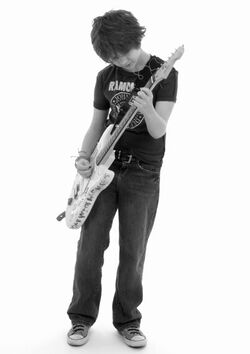 Sorry boys and girls, this character is single and happy about it.

Retrieved from "https://camphalfbloodroleplay.fandom.com/wiki/Archived:Noah_Paisley?oldid=1709905"
Community content is available under CC-BY-SA unless otherwise noted.