Penelope is one who thinks more than she speaks as she has a lot of things in mind. But when she does communicate, she's nice and has a very long patience; she's also a joker.. She has a sweet tooth and is also a natural wanderlust and is never seen at a certain place permanently. She also likes writing things on this very random notebook she had.

Byron was an average soldier on the way to being the second lieutenant  He was still on his early thirties but his success in the military is recognizable as he followed the footsteps of his father who was general in his time. By focusing on his lifetime goal, Byron has never cared about romancing. That was up until the time that the military officers checked a village of natives to find the terrorists' hideout where he met Persephone, who is apparently Winona Levine, a doctor who volunteered to help in that village. Byron and Winona had taken an interest on each other and had a fling. In the last night of Byron and the army's stay as they found the hideout, Byron and Winona made love.

Byron left the next day and Winona knew. The army raided the terrorists' hideout and it turned out that these rebels were actually prepared for this. Byron was hit with a plank onto his stomach and was shot on his right leg with a machine gun a couple times. All of the soldiers were killed except for Byron. Although, as much as he survived, his right leg was severed and still hurts no matter how many pain relievers he takes and was awarded by the military although he decided to quit and left his dream.

Months later, a baby was brought to his door with no not eat all but he had a strong connection with this child. He named the baby, Penelope. He worked as a car dealer, a job he left for the military before. The pay was good and Penelope was raised well and had a passion for martial arts. Byron married Linda Goode, the guidance counselor of Penelope's school whom she was close, when Penelope was nine years old and they were simply the perfect family. A day before Penelope's birthday, Byron and Linda were buying a gift for Penelope but the car's brake didn't work and they crashed and died. That was the worst phase of Penelope's life.

She was taken by her paternal aunt, Lucy, and her husband, Dustin. Lucy disliked her and Dustin did her the worst thing one could ever do to a broken child and it didn't happen once, but almost every time Lucy wasn't around. Penelope was always locked in the basement and her only access to the rest of the world was an open window that she wasn't even able to reach. Locked alone, you would've thought she'd gone crazy but she didn't. She thought about everything and how her father and her step-mother who has been her mother figure for her school life would be sad if she committed but she still did cut anyhow with a sharpener blade.

One night, vines crawled in the window, bringing her a parcel with a stamp of a basket of fruits. She opened the parcel, it was a small box that contained four orbs that fit into her hand numbered one to four. It said: Penelope, my dear child, I know you have wondered about who your mother is but you will know soon. I asked Hecate to make them for me. Just press the numbers on the orbs and you'll be on your way to freedom and family, love. -Persephone. She had no idea if it was a joke but she held the third orb and pressed the number and it turned into a silver dagger and pressed the number again on the dagger to turn it back to an orb. She tried the rest which turned into a staff and a double-edged sword and the first one turned into a key. She tried the key onto the door and the door opened.

She tried the key onto the door way out of the house, it also opened and she left with the four orbs in a bag. She wandered aimlessly just to be away from her aunt and uncle. In the park, she was attacked by a lycan that was only lurking to find demi-gods. She stabbed it a few times which was ineffective, and then decided to use the silver dagger instead and threw it onto the lycan which killed it. She slept in the park with a few injuries that night and woke up at dawn to see a satyr that explained everything to her.

They went to camp and she was claimed by Persephone. 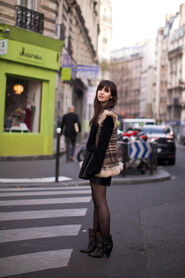 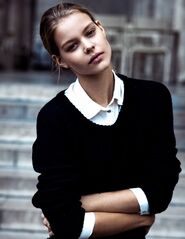 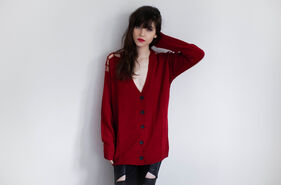 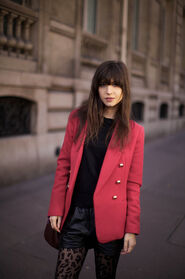 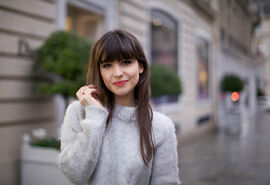 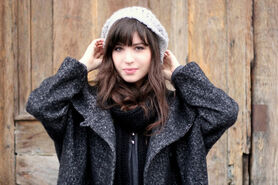 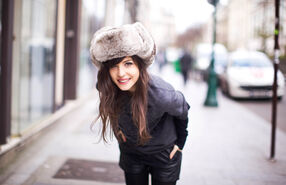 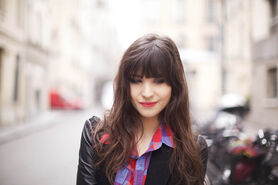 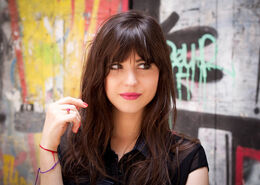 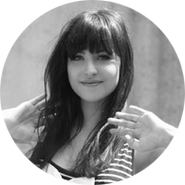 Add a photo to this gallery
Retrieved from "https://camphalfbloodroleplay.fandom.com/wiki/Archived:Penelope_Hendrix?oldid=1423541"
Community content is available under CC-BY-SA unless otherwise noted.