Pippa is a bubbly, silly, and crazy, type of girl. Pippa likes to spend time with her family, and friends

Chris heard a knock on his door,on the morning of December 30, 1997. Chris opened the door, to find a baby girl on the front of his doorstep. He picked the baby up, and saw that it had a note addressed to him. The note said, that this is his daughter, and that he should take care of her. Chris wasn't ready for a kid.a

When Sara, would come over, to spend time with Chris, Chris would go get Pippa and play with Pippa. Sara did not like this. Sara wanted to be the only girl in Chris's life.

It was the night of Pippa's 6th birthday. Pippa wasn't looking forward to her birthday, because Sara, would be attending her party. On the night of her party, Pippa was about to blow out her candles, when she saw something outside. It looked like the shadow of a person. Pippa shook it off, and blew out her candles. When Pippa was getting ready for bed, she opened her window to get some fresh air. She saw something golden, by the window sill. Pippa picked it up and saw that it was a golden locket. Pippa put it on her night stand, and went to bed.

When Pippa was 13, she was walking to school, when she saw something. She turned around and saw nothing. She continued walking, she heard a noise. Pippa turned around and saw something. It looked like a dog, but it was bigger then a dog. Pippa slowly, backed up. She bumped into a tree, the hell hound was moving closer. Pippa started running. The hell hound started to chase her, Pippa yelled for help, but nobody came. Pippa was almost to her house, when she tripped. The hell hound, was getting closer. Then all of the sudden, the hell hound, turned into yellow dust. She looked up to see a girl with short brown hair.

The girl said her name was Mi Night, she said that she was a demigod, and that Pippa was a demigod too. Mi said they had to leave, and go to Long Island, New York. Pippa ran to her house, with Mi tagging along. Pippa ran upstairs and grabbed a bag and grabbed some clothes. Pippa grabbed everything she needed. She pulled her sneakers on and grabbed her coat,she opened her window, and hopped out.

Mi was waiting outside for her. Mi grabbed Pippa's hand and they ran. They went past a dealership, but Mi stopped, ran and hijacked a car. Mi and Pippa were driving down the rode, when they stopped. Mi opened her door and ran up a hill. Pippa was running, until something jumped on her. Mi jumped on the hell hound, clawing it. She told Pippa to go up the hill, and when she saw an entrance to go in.

Pippa ran as fast as her legs could go. She turned around to see, the hell hound kill Mi. Pippa saw an entrance and ran. Pippa was claimed by Iris 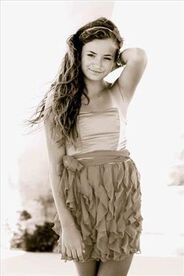 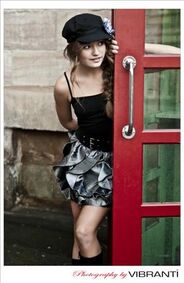 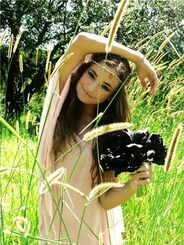 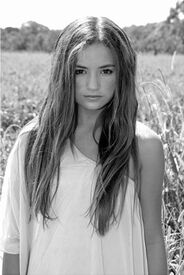 Pippa's dog, Jace
Add a photo to this gallery
Retrieved from "https://camphalfbloodroleplay.fandom.com/wiki/Archived:Pippa_Edwards?oldid=1309055"
Community content is available under CC-BY-SA unless otherwise noted.