If you were looking for a happier and more exciting history, you've come to the wrong demigod. This story is dark, full of drugs, sexual temptations, violence, and abuse. Gabriel and Primrose’s mother, Nemesis, and their father met in a bar, in Wales, where she was pestered with offers to sleep with their extremely drunk father, a handsome, young man named Harrison that lured girls to sleep with him and ditching them immediately afterwards. She was intrigued by his handsomeness so she agreed but immediately afterwards, he kicked her out of his house. Once she reached Olympus, she discovered that she was pregnant with twins and formulated a plan to test Harrison. Nemesis arrived on Harrison’s front steps as a starving, poor woman who begged for money but when Harrison cruelly refused, she revealed her true identity to him and cursed him and his children to live in terrible conditions until Harrison learned how to appreciate other people's feelings.

He was constantly drunk, high, beating up his children, and sleeping with other women but eventually, he went bankrupt and lost his job. Primrose and Gabriel, as the curse promised, grew up terrified, constantly in pain, and unhappy. Then, one day, he was kicked out of their apartment and they started living on the streets off of trash in the garbage and doing odd jobs. One day, they were walking alongside the road in the middle of the night and a drunk driver hit them with his car. My father was instantly killed since he recently felt guilty for bringing a terrible life upon Gale and Prim and he pushed them aside to save them. Primrose and Gale weren't hurt terribly but they had a couple of scratches, bruises, and Gale's leg was broken. The police found them and brought them to an orphanage where they were abused by the angry hands of the adults and were picked on for their smaller size for our age.

Eventually, their mother had pity on them and aided them to escape the orphanage. They were able to steal the funds of the orphanage and any other money they could scavenge and managed to buy two tickets to Michigan. There, they lived on the streets where Gale and Prim were abused, forced to take drugs and sell them to avoid death, and raped. No one cared for them and eventually, when they were thirteen, a hellhound attacked Gale and Prim while they were escaping into the forest. They were attacked viciously until finally, an ex-huntress, named Sky, saved them and tried to lead them to Camp Half-Blood but halfway there, the Minotaur attacked them and the ex-huntress managed to save Gale and Prim before dying herself.

They didn't last very long in the forests so they managed to reach Chicago, where they were found by Phriek's aunt, Aunt Morgan. They were one of the first people to join the circus and they soon met Phriek. Gale had a majorcrush on her but started hiding his feelings behind a mask of indifference, lust, and arrogance to block people from his terrible childhood. Eventually, they both grew into seventeen-year olds and Phriek's incident happened. He had a nightmare about his life on the streets and, eventually, he saw Primrose die and he woke up. Then, he went to see his favorite animal, Sparta, the baby lion, and saw Phriek about to get killed by the man so he tackled him and together, Phriek and Gale killed him and set the animals loose. But then, the unlucky events happened. Luna, the elephant, was killed and Sparta's parents attacked Gale for getting to close to Sparta and caused him to be sent to the hospital and the lions to be tranquilized. Then, Phriek was kicked out of the circus and Gale, heartbroken, tried to go find her and dragged Primrose along.

They were more fit and healthier than they were when they first joined the circus so they lasted longer and managed to get to New York without any monster attacking them until they heard something following them and Sparta, beat-up and tired, appeared in front of them and drew back into the shadows. They followed him suspiciously and they found Lillian Everdeen, who felt their aura and dragged them along with her to Camp. She gave Gale a black spear that appeared as a black Zippo lighter to mortals and a (blank) to Primrose. Then, Lillian 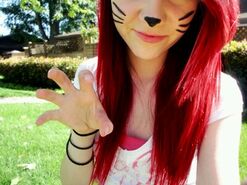 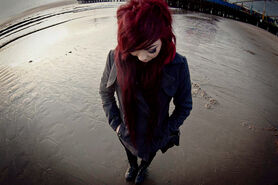 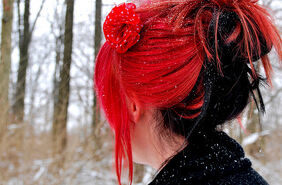 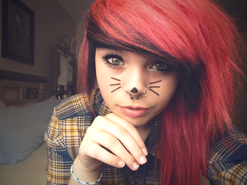 Retrieved from "https://camphalfbloodroleplay.fandom.com/wiki/Archived:Primrose_Woods?oldid=1565661"
Community content is available under CC-BY-SA unless otherwise noted.