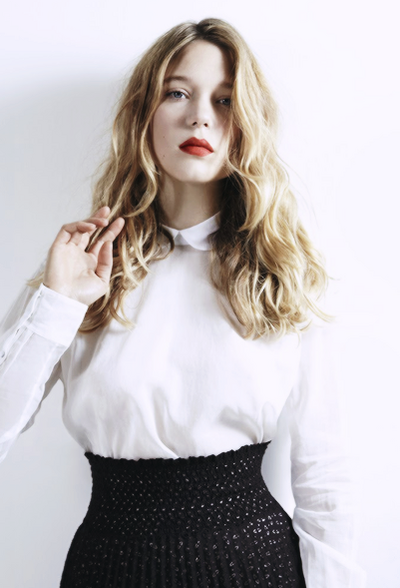 April 21st, 1847
I hold my breath. From behind the bush, I see it. The house looks like no one's inside. Probably there won't be anyone there anymore. So many people have died recently. But that means we've got a better chance of survival, so I'm not going to complain. I turn to my brother. He nods and we both start groveling towards the building, still covered by the plants. I look around. Now I'm sure that there's no one around. I nod just like he did a few minutes ago. We sprint and enter the house. Of course, I'm dressed as a boy- neither sneaking nor running could be comfortable or even possible in a dress. Sneaking and sprinting is what I do for a living, after all. Cian and I split up. We aren't far away from each other, the house has two rooms. I go to the one which someone must have slept, there are some clothes. I take them all into my bag. This was an easy one. And the clothes aren't that old, maybe I'll even sell them. Suddenly I straighten up. There it is. I look under the bed and take the pouch lying there. Since I was little, I could somehow sense gold, money, jewels, whatever riches were nearby. Or rather in a few mile radius. Only Cian knows about it. He can't do it, but he has an ability too- he can identify and tell the price value of a gemstone, precious metal and such if he touches it. I don't know how did we get these... powers, but we both don't want people to use us, so we keep it a secret. Even from our mother. For some reason she always felt like the one in need of protection, not us. Not that I mind. We can steal and she doesn't know. If she knew, we'd lose the only way to get some money and to even live. We get out of the house easily, no one's trying to stop us. Good thing we didn't meet something like those things back then... Those horses. Those goddamn fire-breathing horses! Something like a year ago (we don't own that thing... how's it called? ah, a calendar, so I'm not sure) we were just stealing from somebody's house. Don't worry, all the people were dead, they didn't need all that anymore. Oh, what terrible thieves we were. I mean, we didn't even bother about the traces we left in the snow (it was the only snow I've ever seen, and still it was only a little). And when we were getting outside, we saw a horse. It was a little weird, but hey, you never say no to a free ride back home! The only problem was that neither of us could ride a horse. We decided to learn on the way, though (I said we were idiots), but the horse wasn't so enthusiastic about it. Suddenly, we didn't even notice how it happened, it was on fire. And apparently loved it. It ran straight at us, so I had to do what my instinct told me to. And it was a crazy idea indeed. I pulled myself upand sat on the animal's back. I know, it was insane. But before I did it, I managed to drop my bag and take one thing out: one of the two long knives we had just stolen. Cian said they were bronze. My brain, obviously working on its own while I was freaking out, figured out that if I sat on the horse's back, I could stab it. And I did. In the neck. Immediately, it turned into dome dust. The fall was ainful, but I barely felt it through the relief. We were safe! And I could laugh at Cian, who just stood there all the time with a stupid expression. Heh. I kept the knives. They would be worth something, sure, but they saved us. I consider them my lucky charm. No, even though I'm Irish, I don't dance around with a lucky shamrock.

October 5th, 1848
This wasn't worth it. There isn't even any real money here, what I sensed was just a rusted coin with a hole in the middle. I don't think anyone is going to accept it as pay. And no good clothes, either. Why did we even go here? Ah, I remember. Because we had nowhere else to go. There isn't anyone left nearby, and we haven't eaten in days. We wouldn't manage to go further. We're not going to survive the winter. How come I never wondered about the people who had to die so that we could steal from them? They didn't want to. How could I take their possessions? How could I disrespect them? Soon I'm going to be nothing more than a cold, lifeless body too. I wouldn't want someone to take my things, but it will obviously happen. Or maybe what they told me is real, and I will be judged? Then I hope, no matter who it will be, that they'll consider the fact that I did everything to live. Just to live. Cian and I get out of the house. Once we were sneaky, we were graceful, now we stumble outside, almost falling to our feet. Where did that quick-thinking girl and her daring twin brother go? I don't know who I am now. I can only remember who I was then. And suddenly, something charges at us out of nowhere and I feel incredible pain in my shoulder. Everything blurs, and I hear someone screaming, seconds later I realize that it's me. I manage to stop, but then Cian screams. That... something must've hit him too. My wound bleeds, probably, but I'm too weak to do anything about it. I'm dying. I know it. Somehow it doesn't scare me. Maybe something better awaits me now. The beast draws closer, and even though I can barely see, I notice that it's big, it looks like... oh my, I remember. I saw this kind of animal only once, and only a picture of it. When I was little, when the circus came to town. We went there for a day to buy something, and there were posters, one of them had this animal on it. It's a lion. I'm mesmerized by the beast's beauty. How come something so lethal is so stunning? The golden fur, and the mane... But the wonderful looks the lion has become a little less ravishing when an arrow hits it in the eye out of nowhere. The animal roars, consumed by pure wrath, presumably, and a dozen more arrows are fired into its throat. "No", I whisper irrationally. That lion tried to kill me, but damn, it was amazing. And then my eyes close and I feel that someone's picking me up. "Where's Cian?", I ask quietly, barely able to open my mouth. "The boy?", a young female voice responds. "He's dead." I feel something cold grow inside me
and
everything
fades
away.

December 9th, 2018
This place is weird. Well, I guess the... ehm... guys didn't have other choices, but the girls? They'd have way more fun with us. Why did Lady Artemis order us to stay here? With all these strange little campers? Didn't we prove that we are more than worthy company? On the other hand, she must've had her reasons. Then let's focus on the little competition they invited us to... Friendly competition, huh? If stares could kill, both us and they would be dead already. Looks like they really really really wanna beat us. Hah, they wish... This will be fun. It's on! I'm running towards their half of the forest (if not half, then part, whatever), just like Mila told me to, mainly because I'm fast and sneaky, though not very strong (that's a remain of the times when I was a thief, obviously). On my left, I can see Zachariah, and on the right's Agnes. We're sprinting on and on, when a camper emerges. "Cian?", I whisper. He's got the hair of my brother... Memories hit me, I feel almost physical pain, falling to the ground and shouting. I nod and smile weakly to Agnes, who seems worried. No need to waste the good time my friends are certainly having. This is something I have to deal with myself. Someone steps in front of me. Ugh, it's a guy. Didn't he have anywhere else to go? Seriously, one of them is the last person I want to see now. Especially that I think I'm crying. Just... why? Why did it have to be Cian? Why couldn't I die? I wish I did, if it meant he'd live. The camper opposite me crouches down, so that he can see my face. Go away, moron! What do you want from me? He's dead. He's dead. I don't have anything now! "Hey, is everything all right?", I hear. Of course, it's the camp guy. These people could really use some more interest in their own business. I look up and see he's smiling. Unwillingly, I smile too. Damn it! Why did I do it? Now he'll think I won't do anything to him if he starts talking. He does have something likeable about him though. Good thing I picked up a bit of modern English from the girls. "I tripped. Your forest is full of loose branches." I raise before he does something really stupid, like helping me up. "Mark", he says and extends his hand. I shake it, although I didn't even mean to. What's he doing, mind control? Looks like it. "Quinn", I reply. Gods, why do I feel warm? I hate myself right now.

March 31st, 2018
Ugh, why did I wake up so early? I never do that. I mean, I do wake up early, but it's dark, the sun didn't even start to rise yet, for Olympus' sake. Wait, wait. Somebody's shaking me. It's Mila, our lieutenant. And... is that Lady Artemis by her side? This must be serious. "I'm sorry, my lady", I say and raise, trying not to yawn. What could I have done? We left the campers two days ago. Could it possibly be... no, that's impossible... Both Lady Artemis and Mila seem very serious. There's no way this could be something good. I mean, even if I... came to like that guy... would they know? On the other hand, Lady Artemis is a goddess. So... I think I know what will happen now. Am I going to die? I've heard stories about Hunters who broke their oath and were killed. But Mila once mentioned some Hunter that I never knew, so she must've gone away before I joined... and she said that the girl was alive. Then, because if she aged, she wouldn't be now. "Quinn, you know why we're here", our lieutenant speaks, clearly worried. "I'll be blunt. You... fell in love with someone at Camp. You know what this means, don't you?" I gulp. "Not exactly... do you kill me now, or just..." "We don't kill you", Mila says calmly. "However, you must now leave the Hunt and never return." I look at her, then Lady Artemis and nod. The Hunters were my family, the Hunt was my life for years. What do I do now? Actually, I may have something in mind. I must return to the place I hated, liked, then missed. I must go to Camp Half-Blood.