Regina Bellefontaine
The Emerging Memory
(This Character Belongs to JediWaterBender )

Regina wasn't actually created like most nymphs, instead, she spawned from the memory of a boy named Ludwig Jonson. Let's start from the beginning, Regina Bellefontaine was a real person, she was a daughter of Hecate and Castro Bellefontaine who met at a magic show competition. Her history is a tad boring so we'll skip to when she met Ludwig Jonson, a son of Mneysonome. They were both year-round sixteen-year old campers that soon became accquatinces and during a quest that Ludwig was leading, Regina was killed by the Minotuar and Ludwig was hit on the head a got amnesia. To gain his memory back, he travelled into his mother's domain, where he bathed in her pool/lake. Strangely, he never surfaced but Regina, the love of his life, came out not as a actual demigod, but a nymph who possessed her memories. She escaped the Underworld and ended up in Los Angeles, California, where Drake Kingston bumped into her and sensing her powerful aura, he assumed that she was a demigod and brought her back to Camp.

She's a bit of a tomboy though she's quiet when you first meet her. She's extremely loyal once she opens up to you. She has a dry sense of humor, but loves to make people smile. 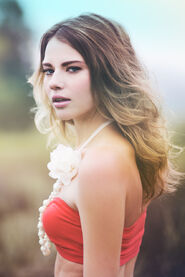 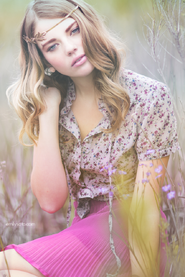 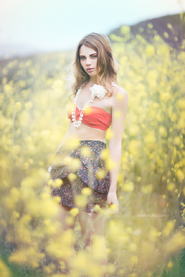 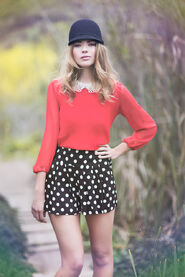 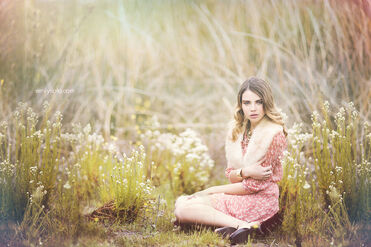 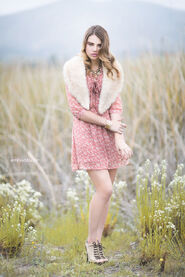 Retrieved from "https://camphalfbloodroleplay.fandom.com/wiki/Archived:Regina_Bellefontaine?oldid=1700389"
Community content is available under CC-BY-SA unless otherwise noted.