Other children of Lyssa - Half Siblings

Now, Renée is an adorable and dorky girl who is very innocent. She broke out of her shell after she become the lieutenant counsellor of the her cabin. She can be very confident but isn't actually that confident, she's really sweet and kind but can be a huge bitch if you piss her off. She has a hot temper and can slit your throat without hesitation. An eye for an eye? Please, you take out her eyes she slits your throat. She can be really random at times and loves food, she's always eating something while walking around the camp. 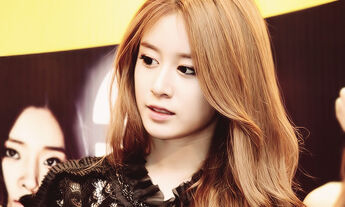 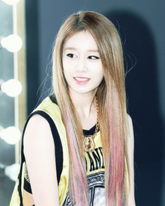 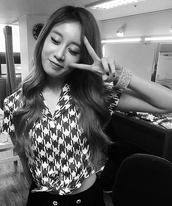 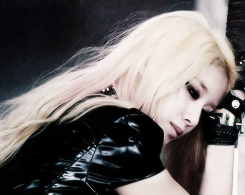 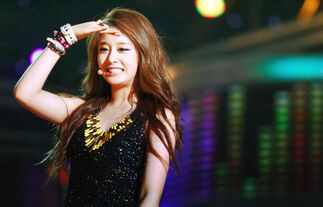 André Espaillet was a Korean and French business man in France, he traveled a lot and was adored by many people. He soon met Lyssa in a party that he attended to, he fell in love with her immediately. The two stared to talk to each other and soon began dating, a few months later Lyssa was pregnant. She explained to him that she was a goddess and that she couldn't see him after Renée was born, André said that she wouldn't leave him and he knows it. Lyssa sighed and left him.

Renée was soon born and Lyssa placed her on his doorstep and rang the bell and left, he looked at Renée and dumped her in front of her grandmother's doorstep since he didn't really know how to take care of her and since he didn't want her to stay with him since Lyssa left him. Her grandmother cared for her as her own child, she knew about how Renée was demigod since André explained to her about Lyssa. Her grandmother's name was May. Renée grew up as a silent child, she never spoke much and wasn't very social. She only had two or three friends and she always read books or was on her laptop.

Around the age of twelve Renée always got into fights in school and she always ended up getting the blame. She tried to explain about what really happened but no one listened except her two friends and her grandmother, she hated the boys in her school. They were always picking on her, teasing her and Renée kept ending up hitting them since they would kick her.

At the age of fourteen, she was staring at a window in her classroom. Still bored about what was happening around her, her teacher ended up giving her detention. Two teacher's were watching her since there was other kids in the class, she fought with some of them before. The teacher's were staring at her, Renée gulped and asked if she could go to the bathroom. They let her go and when she went back, most of the kids were gone except a demigod named James and her. The teacher's turned into harpies, Renée started screaming while James took out his sword. He manged to kill both of them and he lead her out of the school, he called the grey sisters to bring them to camp. While they were in the car he explained to her about camp and how she was a demigod.

When she arrived she was claimed by Lyssa.

Retrieved from "https://camphalfbloodroleplay.fandom.com/wiki/Archived:Ren%C3%A9e_Espaillet?oldid=1516750"
Community content is available under CC-BY-SA unless otherwise noted.