“Why do you chase the wind?”

Riikka is a Wind Nymph. In her former life she was a demigoddess, a child of Hebe, who died at the age of 17 during her journey to Camp Half-Blood. She was transformed into a Wind Nymph by the goddess Hera, and resides among her kind in the Nymph Sanctuary.

After he turned eighteen Uolevi Korhonen met the woman of his dreams, Ása (Hebe) was her name. Uolevi and Ása were strangers, but Uolevi felt like he had know her all of his life. Ása was believed to be Mute, as he noticed she did not to speak. With Uolevi's hearing declining (from a partial inability to a total inability to hear) — if she could speak he would not have been able to hear her. She left him, for work, but she returned and he was more in love than when she left. Although she was not always with him she took him from being a charming and scruffy yet slovenly young man to a charming and sleazy underachiever. After being away for eleven months Ása was at long last due to return. His younger sister Marjatta returned in Ása's place, not with her but the twins she and Uolevi conceived. Uolevi was told that Ása died on her way to see him. He was to raise their children alone. He wanted nothing if he did not have Ása.

Riikka and her twin brother Niilo were adopted in Jeppo, Finland by the Warren family as infants. Unwanted by their father they were raised in Michigan by Markus and Olivia Warren. A short time after the adoption of their son and daughter, they discovered Niilo and Riikka were also able to "see things". Riikka is a mastermind when it comes to manipulating her brother. She could convince him to wander off with her, and explore Macomb. Salina taught them how to sneak past security to get into the recreation center and swim Salina introduced them to Aisling, and Harland at the Town Park. Whenever Riikka manipulated her brother they ended up running off too far away from home, and the two of them got attacked. They fought the smallest of monster hoards early on, and Riikka never forget it. She started learning different ways to improve her finger dexterity, flexibility, and strength at a young age.

Two days before her twelfth birthday the Hellhounds attacked. Riikka has never been alone when having to face these mythological creatures. She had Niilo who would always watch her back, but there were also (Salina Tresler, Harland Nagel, and Aisling Ware) her friends, because her only sibling was Niilo they were also her family. She met Salina first, naturally she meant the most to her, Aisling was always more of Niilo's friend, that did not mean she did not matter to her almost as much as Salina. Other than Niilo, her twin, Salina and Harland were the closest to Riikka. She explored the nature reserve with them, and fought constantly about everything with them. She told the both of them most of her secrets, and she only told them about most of her actual fears. She was honest with them in a way she was with no one else. The information she was told about their birth father, the news she learned about their birth mother, none of which she could feel comfortable talking about with Niilo the person which it also concerned.

Dexter turned out to be the Satyr who would lead Riikka, Salina, Harland, Aisling and Niilo to Camp Half-Blood a few years later. It was not an easy trip, Dexter may have known the way, but the hoards of monsters in between danger and safety were not going to clear a path for the group to take. The Giant Scorpions were the first, and frankly the second wave, everyone managed to make it through. The Stymphalian Birds were harder to defeat. Salina, Dexter, and Niilo pushed forward while Riikka, Aisling, and Harland fought from the back. A few miles from camp, cut one too many times by the birds, Riikka bled out. She sacrificed herself for the life of her brother, to save Niilo. He wanted to go back for her. Salina, Dexter and Harland dragged him the rest of the way. It made her feel guilty to put her life before someone else, what she did was for Niilo. She would not have been able to live with herself if it were him, and not her. As she lay dying the goddess Hera took it upon herself to bless the half-blood girl transforming her into a Wind Nymph.

“I would give my lungs to the fish so that they may rise out of the water and feel the wind.”

Riikka is a hardcore loud mouth. She does not just speak her mind she says things that are unacceptable, or even appropriate because she feels like it. She does not have a filter even if she did she would not care enough to censor herself. She is fairly aggressive, and she will take on a fight with words or the more lethal weapons with anyone willing to be goaded into her trap. Riikka is wild she loves to do things that raise her blood pressure. A deathly thrill, or a even just a little fright. If she is not scared, or excited she is not living. She is creative, and talented artistically she is quite good with her hands able to break down items almost easily, with a little trouble putting some back together. Riikka has a bad habit of smearing splatters of color on people when she is interrupted while painting. 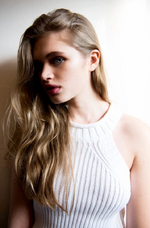 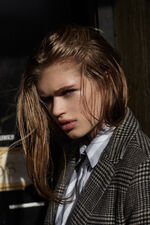 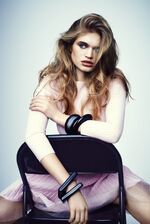 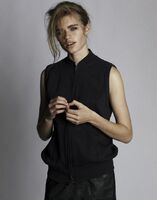 “And forget not that the earth delights to feel your bare feet and the winds long to play with your hair.”

“A cold wind was blowing from the north, and it made the trees rustle like living things.”

•They have the ability to create powerful gusts of wind, however, the stronger the gust, the more it drains them.

•As they are nymphs they do not age, remaining eternally young.
•They have a telepathic/empathetic connection with nature and other nymphs.
•They are stronger when it is windy out.

•They generally prefer to be in wide open spaces.

This character belongs to Hecate Grimm

Retrieved from "https://camphalfbloodroleplay.fandom.com/wiki/Archived:Riikka?oldid=1745470"
Community content is available under CC-BY-SA unless otherwise noted.