Kassandra Givens was a professional ice skater who traveled all over the world, doing competitions and shows. One competition brought her to Quebec, where she met Boreas. She did well at the competition and placed 2nd out of 18 skaters. After the awards ceremony, a handsome man came up and congratulated her and then disappeared into the crowd. The next day, when she was scheduled to leave Quebec, there was a blizzard and no planes could leave. Kassandra spent all her time in the next few days at the rink and noticed that the man she’d briefly met at the competition was always in the stands watching her. As she was taking off her skates, the man came over and began talking to her. She found him charming and fell in love immediately. A few days later, the blizzard cleared up and Kassandra had to leave Quebec and her love behind. When she found out she was pregnant a couple months later she was distraught. She could never take care of a child with her career and the constant traveling. She decided to keep the information a secret and tell the press she’d just had an injury and needed to take time off to rest. When Roesheen was born, she sent her to her grandparents’ and continued with her skating. Roesheen loved her grandparents growing up but was curious about her parents. Whenever she asked about them, they would refuse to talk about her father and would only talk a little about Kassandra. Nothing happened to interfere with her happy life until she turned 11. Her grandfather had a heart attack and her grandmother was devastated. She stopped eating and seemed to be somewhere else mentally. Roesheen stayed by her side and tried desperately to keep her alive. Boreas took pity on his daughter and sent a saytr to take her to camp. Once he arrived he had a hard time convincing Roesheen leave her Grandma’s side, but finally he told her that her father had sent him. She agreed to go with him if he told her about him and he took her to camp, explaining on the way.

She's curious about everything, sensitive, and very outgoing. She loves looking for opportunities in conversation to use big words. She constantly wants to feel as if she belongs and is loved and makes sure her half-siblings and friends always feel the same way.

Roesheen is currently with Ollie. 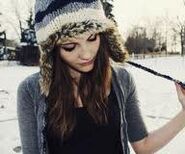 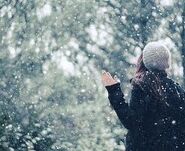 Add a photo to this gallery
Retrieved from "https://camphalfbloodroleplay.fandom.com/wiki/Archived:Roesheen_Givens?oldid=1699859"
Community content is available under CC-BY-SA unless otherwise noted.