Serenity Bishop
Daughter of Morpheus
this character belongs to karma 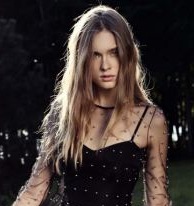 My name is Serenity Patience Bishop, I am an American demigoddess. I am a child of Morphesus, one of many agnate siblings.

I am a dark personality who has been through a lot more than I am willing to admit to even myself. I have got a chip on my shoulder due to past events revolving around my upbringing and the people my mother surrounded me with. I do not have any interest in genuine relationships with people and only feign interest in order to get what I want. I do not actually care about anyone and at times that includes myself.

I have a habit of saying or doing things that I know I should avoid. I know what inappropriate is and I like it. It makes me feel bad but I feel that way all the time. All I am truly doing with my predictable rebelliousness is making myself feel more alive. All those negative things; like hatred, violence, and promiscuity, those things that people should have told me not to do are what I lives for.

I sometimes lose track of what I was saying or what I was doing a lot. I am an expert at letting myself get swept up in a thought from someone else or one of my own. I can't tell the difference anymore. Even so I still don't pay too much attention to reality as it is. I stopped 'living' in the real world when I was a little girl. I have been building my very own dream world I since was seven years old. 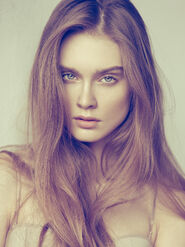 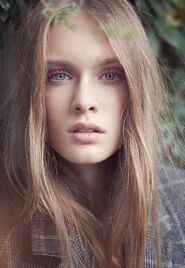 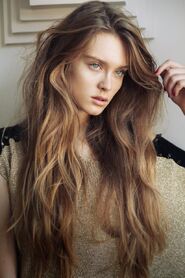 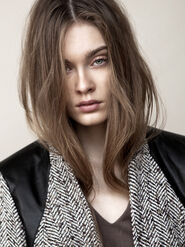 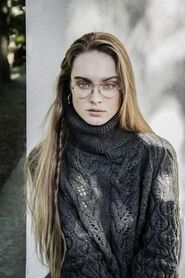 Harmony was an Oneirology student participating in a REM sleep study on Illusory dreaming. Harmony and her team wanted to closely study the correlations between dreaming and the current knowledge about functions of the brain. Their lead scientist believed illusory dreaming was caused by memory circuits being refreshed multiple times leading to synaptic errors or bizarre dreams. Harmony looked forward to the their research being used to aid in the treatment of certain types of mental illnesses and disorders. She watched her own father deal with a life that was destroyed by his post-traumatic stress disorder. It was the struggle she watching him go through that led her down the path she took. She didn't think science would be able to help him but he let her know if she could save someone else from the torture he was going through then she had to do it.

She was working side by side with another student for months before she noticed she was attracted to him. When the affair she was having with her professor came to a bitter end she turned her affection towards her lab partner. She didn't want a serious relationship, even when her fling with her Professor became a little more intense she was still distant which was why he broke it off with her. harmony was hurt but she was also angry. She thought about incinerating all their research since it wouldn't help her father anyone. Morpheaus caught her and she tearfully told him the entire story while he comforted her she made her move. For the next few weeks Harmony began a secret relationship with her lab partner only ever expressing her feelings for him outside of the lab. When the study finally came to an end Morpheus and Harmony parted ways. Despite her claiming that they break up (which is an exaggeration they were never dating) was mutual she was heartbroken.

When Harmony found out she was pregnant she immediately thought that her baby belonged to her former Professor and lover. She was wrong, the baby belonged her lab partner and she had no clue. She tracked down the Professor and berated him for everything he put her through only to end her rant with the news of her pregnancy. He didn't make a big scene the way she did, as an older mature man he much more class than to air his dirty laundry in public. He sat Harmony down and gave her something to drink and small bar of chocolate to nibble on. As they talked her told her something she wasn't aware of, a little fact he kept to himself. The man was sterile. Harmony left and never returned, she tried to get in contact with Morpheus but he seemed to drop of the face of the Earth. Harmony considered abortion fearing she would be a terrible mother. It was a pregnancy dream she had one night that convinced her to keep her baby.

I was born in Maryland to Harmony Bishop and Morpheus. My mom had a few men in her life she thought would be good father figures to me. None of them lasted which was fine with me as I never liked not a single one of them anyways. They were always the brainy type to bore me with some kind of trips to some historic sight I didn't care to see or learn about. None of them treated my mom right but she and I both knew she deserved everything she got. My mom didn't give me as her daughter a lot of her time. She barely showed me any affection aside from a hug and kiss hello or goodbye until I felt like I was too old for it. I had already begun to feel as though my mom never appreciated me. I saw no reason to continue showing that woman the same pitiful attention I had gotten all my life. I remember it very clearly. I had recently turned 12 when I learned how my mom truly felt about me. I was asleep in bed and my mom was standing over my bed with a drink in one hand and a cleaver in the other. She was giving serious contemplation to killing me, her own daughter. She walked out of the room declaring that I wasn't worth the effort idiotically leaving the cleaver behind. I woke as soon as my mom left and slipped the knife under my pillow case.

Monster attacks started for me soon after I got my hands on that cleaver. It wasn't a typical large knife, but of course I didn't know any better until I needed to. I had not even made it to 13 when I was almost tricked by Scythian Dracanae into killing my mom. It was something I considered knowing my mom had the same thoughts before. I finally saw the creature for what it was before I had done something I may have regretted. I was able to kill the beast with my cleaver which transformed when I needed it most into a small hand-held axe. I didn't know what to think about killing that monster it left me with a strange sort of blood lust but I also felt guilty. I couldn't talk to my mom about it, the woman barely listened to a word I said since I was old enough to talk. I was afraid she might have hallucinated and murdered an innocent person until it happened again with a Harpy. Then it happened again with a Hellhound. I did not escape these fights unharmed, I always ended up bloodied and bruised. My wounds are how I discovered that she healed fast in my sleep. With no one at home caring what I did all my injuries went unnoticed. I didn't get questioned by authorities at school because my mom never enrolled me claiming I was being home-schooled. It was a knock on the door one day that at 15 year old I answered with my cleaver in hand that made me truly aware of why my mom despised me so much. I learned the truth about my dad and where I belonged. The knock on the door that saved my life was from the satyr that led me to camp.

3 Months After a Character is Made (Locked)

6 Months After a Character is Made (Locked)

9 Months After a Character is Made (Locked)

Retrieved from "https://camphalfbloodroleplay.fandom.com/wiki/Archived:Serenity_Bishop?oldid=1791628"
Community content is available under CC-BY-SA unless otherwise noted.