Rhode was the wife of Helios, during the first Titan war, Aegaeus was bored, and took advantage of her, resulting in my birth, my mother wanted nothing to do with me, wouldn't even accept that she had a daughter. As a result, I was raised by some other sea nymphs, far away from my mother.

I have been through many many ages of time. When Olympus first moved to the west, I chose to travel across the oceans, for hundreds of years I travelled. Lately I have missed being around others, especially demigods, so I am back at camp.

Talullah is most of the time kind and cheerful, but she can have her moods. She always smiles and tries to help people. 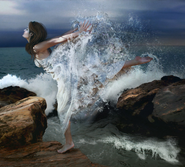 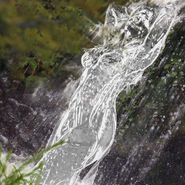 Add a photo to this gallery
Retrieved from "https://camphalfbloodroleplay.fandom.com/wiki/Archived:Talullah?oldid=1698020"
Community content is available under CC-BY-SA unless otherwise noted.