Kichi Nobunaga is working on a tea house or commonly called "chasitsu" in Takayama,Gifu Prefecture in Japan. Their tea house is being visited by foreigners around the world for it's delicious sencha or green tea. One day, Kichi was asked to serve a man with a black clothing. As Kichi draws near to the man she felt drowsy, but since she was working she took it out of her mind. She find it odd cause she can't see the man's face but she still asked his orders. She left and got the orders and served it on the man's table. Right after she left, she asked the man's name. The man is Peyton. Even though she can't clearly see Peyton's eyes. They still hang out and after a week they did it. The following day Kichi is pregnant, she was about to say it to Peyton but she never saw him again. After months, Tonichi was born. Kichi loved Peyton so much that she named their son with their names combined.

Ever since Tonichi was a kid he never cause trouble and often acts lazy. Just answers when asked. Follows commands without asking why. When he was 12 he saw his mother sleeping and when he touched her, he saw his mother's dream. He told his mother what he saw but she said it was a coincidence. One situation on his 13, a kid is picking on him, and when he lost his patience, he felt something and then he saw the kid curled up. Despite his attitude he is very intelligent but keeps it to himself cause he doesn't want attention. He studies at a middle school in Takayama. This year he was 14. Even though he was so lazy, he didn't hate socializing as long as it isn't tiring. On the other side of all this he still have Kaito his so-called best friend. Their class ends and Tonichi was walking home when Kaito accompanied him. As Tonichi got home, he walked upstairs finished his homework and got down to have dinner and sleep.

The next morning was a Saturday so he doesn't have to go to school. As he got down he met his mother and told him that they got to move to NY. This was sudden but Tonichi didn't even ask why. He packed his things and got down. They rode their car and head to the airport. While on their way, his mother told him about a dream she had last night. On that dream she saw Peyton, and Peyton told her that Greek myths (gods,monsters) are true and very much alive. He also told her that he was a god and their child was no ordinary mortal. He informed her the dangers of being a demigod. So he asked her to send Tonichi to a camp where he belongs. It is in Long Island and they have to move somewhere near that place. He gave her a brown watch and said that she must give it to Tonichi to have something to defend himself. The dream ended as Peyton said I love you. She woke up in the morning and found the same watch on her bedside.

When she finished telling him what she had, she gave the watch to Tonichi. They got to the plane and after a few hours landed in New York. They rode their car to Long Island as they were getting near, Tonichi notice about 2 Metal-plated Birds following them. When a strawberry field is around the corner, the metal birds swoop down, preparing to pierce through them. As instinct took over Tonichi and his mother sped they're car. The birds swoop down again, bursting their tires. They got out of the car and ran to the fields as fast as they can but the birds were faster. Tonichi's demigod side took over, as if he'd done that a million times, he tap the watch and it turned into a bronze sword. He stopped running then turned around. As he do this he charged towards the bird. The birds, shocked by the boy's bravery, was stunned and kept on flying towards Tonichi. Tonichi match this with a double slash after that the birds fell with scratches and dents.

Tonichi and her mother heads to the field and found an arc saying "Camp Half-Blood". Tonichi pass through the arc but his mother can't. Her mother didn't mind it and said their goodbyes. Tonichi was quickly claimed as he was in front of the Big House.

And the rest was present.

Tonichi has a very passive, calm and seemingly apathetic attitude. Along with his passive demeanor, Tonichi has a fetish for "conserving energy" and never uses energy unless absolutely necessary; thus he comes off as lazy. As another result of his attitude, Tonichi talks little and seldomly shouts or gets angry, though he does appear to get irritated often. Tonichi is surprisingly wise and clever, accordingly, he's logical and seems to be able to always find a solution if he gives it a thought. In addition, Tonichi has been shown to enjoy reading manga.

Watch that turns into Sword 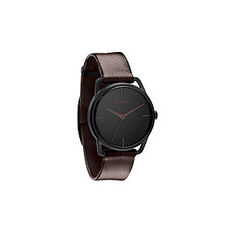 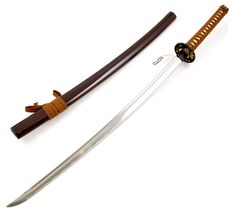 Tonichi was still new to the camp. Trying to get in the swing.

Retrieved from "https://camphalfbloodroleplay.fandom.com/wiki/Archived:Tonichi_Nobunaga?oldid=1315264"
Community content is available under CC-BY-SA unless otherwise noted.