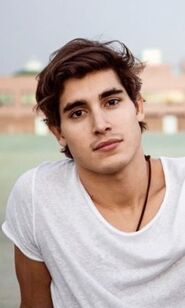 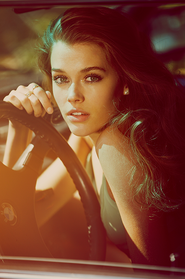 Clarity Havens
Add a photo to this gallery 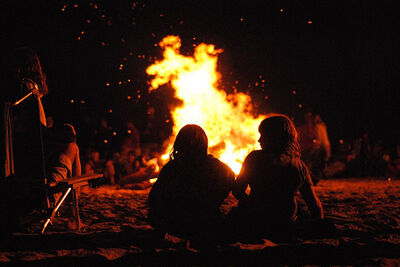 Clarity: The day was coming to an end, Stars began to shine in the sky and in place of the sun was now the moon - a slight breeze blowing through the air. It was on this night that Clarity decided she'd spend her time sitting around the campfire, a flower she had picked up earlier twirling around between her fingers. "Haha!" She laughed at a joke that one of the other campers had spouted before going quiet and watching the fire dance around.

Blake: When the colder months came around were the worst for Blake. He felt like he could be warm again, no matter where he was. Well, maybe around the fire but that's it. He wondered over to the fire, not really paying any attention to anyone else around, with his sketch book. Blake sat down and started sketching the fire.

Clarity: Clarity looked up at the boy who had sat just a few seats down from her, peering at his sketch book. "That's a nice drawing, are you an artist?" She asked in a quiet tone though loud enough for Blake to hear.

Blake: He didn't look up, directly from his book to look at the girl, but getting glances at the girl, and kept drawing, drawing the girl. "What do you think?" Blake said, holding up his book and the drawing of the girl.

Liliosa: The small amount snow didn't appeal to Liliosa but the sand dunes did. Liliosa was standing at the tallest sand dune on the beach, with her snowboard resting by her feet

Retrieved from "https://camphalfbloodroleplay.fandom.com/wiki/Archived_Roleplay:Main_Forum/General/Muse_%26_Jame%27s_RP?oldid=1797983"
Community content is available under CC-BY-SA unless otherwise noted.