You would never think Ari and Bri's lives all started out with their father being a High school English teacher in Canada. When Adrian met Mnemosyne, no one could of thought that he had even the thought of doing he would later do to his own daughter. Adrian, the calm and collective teacher, had attracted the likes of goddesses before but not once did he know that goddesses had been hitting on him. That changed when a new English teacher arrived, that happened to be Mnemosyne. Adrian loved to talk to other English teachers that wrote in their spare time, like him, and share his ideas, in hopes to sometimes rid himself of writers' block on days he was stumped. Adrian decided to take this to Mnemosyne, and he enjoyed talking to her, as she gave pointers and helped make his story more original and creative. The two continued to see each other outside of classes, mostly in coffee shops or nice dinner retreats. One night, a little drunk, but very intimate, the two went back to Adrian's apartment, and made love as sweet as a romance novel. A relationship of casual hookups formed after that and even those ended when Mnemosyne disappeared, to only return 9 months later with two identical newborn girls. It was a massive surprise to Adrian that the baby girls were his. What was an even bigger surprise that Mnemosyne was an Ancient Greek Titan and the children would be in massive danger when they grew up.

When the two were young, they were any normal family. Ari and Bri both got along, almost never fighting. They shared everything usually, normally aside from clothes (their tastes in fashion grew apart). Their father as a teacher was gone most of the school year, so they were watched by a nanny named Julia.

At an early age, Rihanna, or since she could talk, Ari was diagnosed with depression. Adrian and even their nanny didn't know to help her. Ari seemed nearly always depressed, until Bri started to read to her. Ari's whole world changed when Bri started to read to her. It felt like there was more happiness in her life then what Ari could just see. Bri was the happiness in her life and would never let her go. Even at a young age, Ari didn't exactly feel like the term girl defined her but she never showed it in any major ways.

Ever since the started school, Adrian wanted the best for his daughters so he sent them to the best boarding school near where they lived. Ari hated it, since all there were was girls. Bri didn't mind, as long as she had Ari. Bri often stole from the school's library getting the best and happiest stories she could find. Bri wouldn't read sad stories to Ari, because she didn't want to see her cry. Of course, Bri often had late nights and early mornings as she did the homework for them, but she didn't mind much. Bri always gave the excuse of "needing something for her still energetic mind to do". Bri tried to make both their lives as joyful and smooth as possible.

Their world was tipped upside down when their first monster attack happened at the age of 9. It was their third boarding school and was an all girls boarding school, which Ari hated. One night, Bri was reading to Ari like normal, trying to calm her down when they were meant to be asleep, until a teacher came into the room only they shared and asked why they weren't asleep, to which Bri responded to with that Ari had depression and it was the only way to make her feel better. The look on the teacher's face was pure evil and was starting to turn green. That was when the bottom half of the teacher started to change, becoming two snake tails. That was when Bri noticed what the teacher was turning into something from a book she read to Ari a long time ago, a Scythian Dracanae. Without knowing, Bri read the word scythe on the page, reading it into existence. Bri, using her powers for the first, fell unconscious. Ari took the chance, as the Scythian Dracanae started slowly moving towards them, and grabbed the scythe, hooked it around the Dracanae, and swung, so the scythe cut her in half. The mist covered up the attack but Ari and Bri were both sent home, all because of Ari having a emotional break down that even Bri couldn't fix. They moved to a new school shortly after. They kept the book Bri was reading to Ari before the attack, in hopes that they would find out if it truly was magic, which it soon became because Mnemosyne helped her daughters out a little bit after seeing their future. She enchanted the book to do the exact same thing that Bri made it do without draining her daughters' energies.

Both Ari and Bri became the people they are all because of their father's actions when they were almost 10. It had been a long time since he had been with a women so Adrian went to a bar to try to pick up some women, while Ari and Brielle were at home with a babysitter. He stayed at the bar for a long time, not finding a women that would spend the night with him. He had too much to drink, way too much. A taxi trip later, Adrian was home and told the babysitter she could go home. The feelings he felt that night had always been inside of him, way down, and the vast amounts of alcohol he drunk brought it out. He sneak into his daughters' room and covered Ari's mouth, waking her up, while he started 'touching' her. The next thing Ari knew, her father took her into his room and he forced her to get undressed. The next morning, Adrian woke up with his daughter, naked and still fast asleep, beside him and little did he know, Ari liked the feeling her father made her feel the night before.

Adrian's awful thoughts started showing more when he found out what he did to Ari and that she liked what he did to her. All summer long it happened, happening once to Bri; but Bri fought back with such ferociousness and hatred, he left her alone and sought Ari instead. Being as young as she was, Ari didn't know that anything bad was happening, only that she liked the feeling and wanted it more. That was the start of Ari's massive changes as a person- she started to long for the touch of anyone, whether it be girl or boy. She was confused by the longing, and sometimes thought herself as a boy. Bri was supportive of Ari and her identity, of course; but the moment she found out what her father did to Ari, she began to loathe him. Bri may hate her father, but she could never hate Ari. So she supported her with her whole heart, which ended up in Ari started to "touch" others. Bri only helped her cover it up, and gave her the "protection" that was necessary if she couldn't convince her to not go through with it.

Things changed when summer ended. Ari and Bri went back to boarding school and Adrian was left alone, still seeking a women's touch. Adrian had started working in a college, teaching English. That was when he got caught from multiple ways. It started with Adrian fooling around with a student at his school that was legal age. He black mailed her with better grades and it worked, that was until her parents found out and Adrian was fired. It ended with Ari, still longing to be with someone. She made a move on a female student her own age and that ended with the principal of the school having to talk to Adrian. Adrian just kept telling the principal that Ari was going through a faze and it was just her urges as she was going through puberty. The principal almost believe Adrian's story until Bri spoke up. She told him why Ari was like the way she is. The principal immediately went to the police and Adrian was put into police custody. Ari and Bri were put into a foster home because Adrian was seen as an unfit parent. That was when Ari finally found out what her father did to her was wrong and she hated him for it. They were in that foster family for two years. In that time, they fought off two monsters, finding out the secrets of the book that Bri read to Ari before their first attack. Also in that time, Ari truly realized her feelings and came out as genderfluid.

Their lives truly turned upside down when a memory nymph, sent by their mother, found them. Ari was trying to get in with him and every time she was rejected. The nymph eventual became friends with Bri. On Mnemosyne's orders, the nymph alerted the memories of Bri and Ari's foster family that they never had Ari and Bri, while the twins slept. The nymph woke them up, Ari having flashbacks of the first time her father 'touched' her which made her upset until Bri woke up and started to read to Ari. The nymph got them in a car that he 'borrowed' and drove them to Camp Half-Blood, altering the memories of the Canada-America border security. Being as close as they were, they shared the book that could create a weapon but they both needed something to defend themselves when the other isn't around, so that is how Ari got a great sword and Bri got a knife.

After a few years of her father taking advantage of her, Ari quiet frankly loves the touch of another person. Even though she likes being 'touched' by other people, Ari doesn't feel like the term girl doesn't always fit for her, especially when things started to change with her body and her emotions evolved. She doesn't mind her sister calling her a she without asking, while everyone else it normally ends up with them having a few wounds. She is a moody person, and certain things can make her mood rise or fall. She's generally depressed, and the only ways she can seem to get feeling better is Bri, or people 'touching' her. Her gender-fluidness leads her to being flirty and attracted to both sexes. Ari is very territorial when it comes to her sister and people she has her eye on. If anyone gets in her way of someone she wants to get in with or her sister, they will end up worse than if they called her a she without asking. Ari hates being called Rihanna, mainly because it is a girls name and not once has she heard a boy named Rihanna, so Ari will only respond to everyone, but her sister, calling her Ari. She hates the fact that she can't forget, can't being able to forget what her father did to her, can't being able to forgot all the depressive thoughts she ever had. It is the worst thing ever, which is why she tries to fill her thoughts with the amazing feeling of being with another person, even if she is under legal age.

Ari like to wear mostly black. Some days she can be seen wearing color; but usually her wardrobe will be her black leather jacket, black jeans, and a revealing spaghetti-strap tank top. Being identical to Bri, she has long brown hair, striking blue eyes, and a spray of freckles as well. 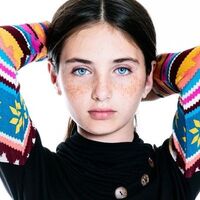 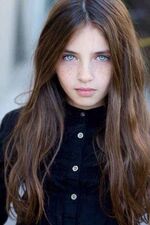 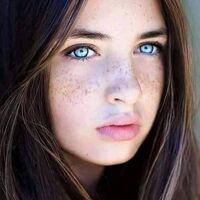 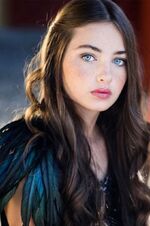 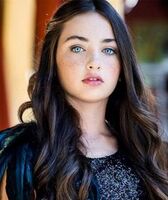 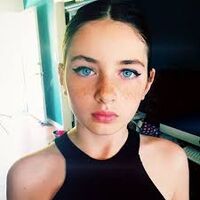 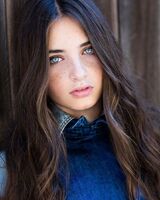 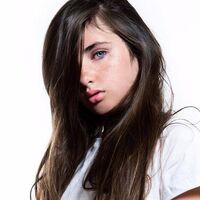 Retrieved from "https://camphalfbloodroleplay.fandom.com/wiki/Ari_Nersia?oldid=1740916"
Community content is available under CC-BY-SA unless otherwise noted.