Start a Wiki
Άτλας
This page is only informational and is to be treated as such. Please do not make any roleplays on this page. 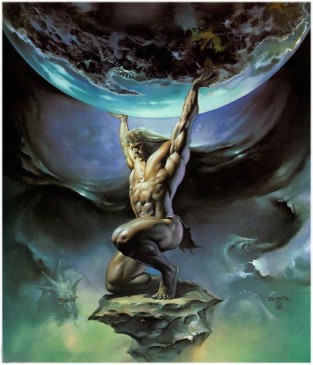 Atlas (Also called "The General") is the Titan of endurance. As punishment for leading the armies of Kronos against him in the First Titanomachy, Zeus charged him to hold the sky for all eternity. He is Kronos' second-in-command, and is in charge of recruiting monsters for the Titan's cause. While Kronos was regenerating inside of his Sarcophagus, the General seemed to be in charge of the army. He was the consort of Phoebe, a fellow Titan. He is also the father of Zoë Nightshade, as well as her sisters, the Hesperides Nymphs. His brothers are Prometheus and Epimetheus.

Atlas is a part of the second generation of Titans. He was born to Iapetus and Clymene. In the First Titanomachy he was chosen to lead Kronos' armies in battle.

Atlas is the father of the Hesperides by Hesperius, Pleiades by Pleione, and Calypso by Tethys.

When the gods won the war, Zeus sentenced Atlas to hold the weight of the sky on his shoulders forever. Before, the sky could support its own weight, but in the course of the battle between Kronos, Zeus, Hades and Poseidon, it was damaged so badly by Zeus' missed swings with the master bolt that it could not support its own weight.

Some time later, Heracles encountered Atlas when looking for the Golden Apples of the Hesperides. After Heracles killed the dragon Ladon, Atlas picked the apples while Heracles held up the sky. There had been two outcomes depending on who tells the story of this:

Atlas is considered by many to be the most powerful of the Titans besides Kronos. Another great ability of his is his prowess in combat. Perhaps his most extraordinary ability, coming from his Titan heritage, is his strength to lift the entire sky. This was a punishment given to him for serving as Kronos' right hand man during the First Olympian War. He despises this punishment more than anything else, but still, it is a remarkable ability, even for a Titan. 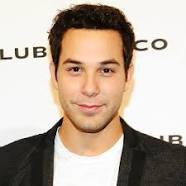 Retrieved from "https://camphalfbloodroleplay.fandom.com/wiki/Atlas?oldid=1335679"
Community content is available under CC-BY-SA unless otherwise noted.